One of the most revered filmmakers of our time, Werner Herzog wrote this diary during the making of Fitzcarraldo, the lavish 1982 film that tells the story of a would-be rubber baron who pulls a steamship over a hill in the Amazon jungle in order to access a rich rubber territory. Later, Herzog spoke of his difficulties when making the film, including casting problems, reshoots, language barriers, epic clashes with the star, and the logistics of moving a 320-ton steamship over a hill without the use of special effects. Hailed by critics around the globe, the film went on to win Herzog the 1982 Outstanding Director Prize at Cannes. Herzog's diary is a glimpse into the mind of a genius during the making of one of his greatest achievements."—Jkt.

NPR stories about Conquest of the Useless 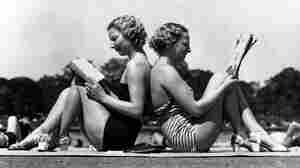 December 2, 2009 • Some books you simply can't keep to yourself. Glen Weldon shares the titles he's recommended this year — from a history of women in comics, to a collection of very short short stories — what unites these books is the urge they spark to send them out into the world so that they might sink their hooks into someone else.

Excerpt: 'Conquest Of The Useless'

November 30, 2009 • Conquest of the Useless: Reflections from the Making of Fitzcarraldo offers an intimate portrait of an artist whose life's work explores the place where determination shades into madness.

Excerpt: Conquest Of The Useless 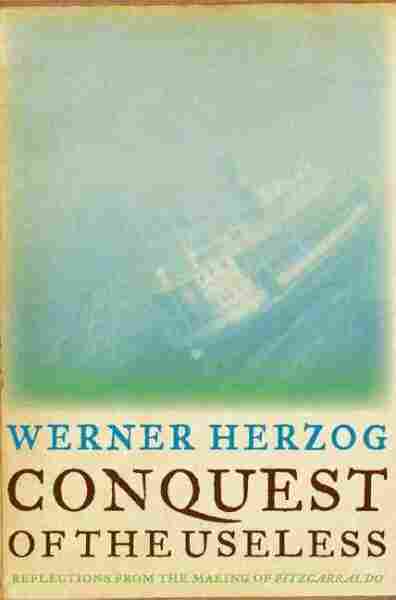 In Coppola's house on Broadway. Outside the wind is howling, whipping the laurel bushes. The sailboats in the bay are lying almost flat, the waves sharp-contoured and restless. The Alcatraz Light is flashing signals, in broad daylight. None of my friends is here. It is hard to buckle down to work, to shoulder this heavy burden of dreams. Only books provide some measure of comfort. The little tower at one corner of the house, foolishly designed for meditation, is flooded with such glaring light that whenever I venture into it, I stay for only a minute before being driven out again. I have pushed the small table against the one available unbroken stretch of wall, all the rest being taken up by windows that are filled with this demented light, and on the wall I have used a sharp pencil and a ruler to draw a mathematically precise reticle. That is all I see: set of crosshairs. Working on the script, driven by fury and urgency. I have only a little over a week left of staring mindlessly at that one spot. The air is cool, almost chilly. The wind rattles the windows so hard that I lose sight of the point and turn around, facing directly into the light, so clear and piercing that it hurts the eyes. On the Golden Gate Bridge those moving dots are cars. Even the post office at the foot of the hill offers no shelter. As I toil up the steep slope, blown leaves on the ground catch up with me. It is the tail end of spring, but the foliage is yellow and dark red. The wind whips the leaves ahead of me across the rocky hillside, and by the time I reach the top, the fist of the void has swept them away. Once more, despite all my attempts at fending it off, a shuddering sense creeps into me of being trapped in the stanza of a strange poem, and it shakes me so violently that I glance around surreptitiously to see whether anyone is watching me. The hill becomes transformed into a mysterious concrete monument, which makes even the hill take fright.

Coppola's father plays me a tape of his opera. As he listens, his face takes on an entirely uncharacteristic expression, chiseled, stern, and intelligent. San Francisco, 18 June 1979

Telegram from Walter Saxer in Iquitos. Apparently things are looking very good, except that the whole situation might collapse from one moment to the next. We are like workmen, appearing solemn and confident as we build a bridge over an abyss, without any supports. Today, quite by chance, I had a rather long conversation with Coppola's production man. Over a hamburger and a milk shake he tried to convince me that he would take the project's fate in hand. I thanked him. He asked whether that meant thank you, yes or thank you, no. I said thank you, no. Coppola is not completely back on his feet after a hernia operation. He is displaying a strange combination of self-pity, neediness, professional work ethic, and sentimentality. The office on the seventh floor was trying feverishly to get a hospital bed delivered and set up in the mixing studio, and another one in some other location. Coppola did not like the pillows and complained all afternoon about the various kinds that were rushed to the spot; he rejected every one.

Executive floor of 20th Century-Fox. It turns out that no proper contract has been signed between Gaumont, the French, and Fox. The unquestioned assumption is that a plastic model ship will be pulled over a ridge in a studio, or possibly in a botanical garden that is apparently not far from here-or why not in San Diego, where there are hothouses with good tropical settings. So what are bad tropical settings, I asked, and I told them the unquestioned assumption had to be a real steamship being hauled over a real mountain, though not for the sake of realism but for the stylization characteristic of grand opera. The pleasantries we exchanged from then on wore a thin coating of frost.

In the evening off to the cinema, where Les Blank cooked for the audience watching his films; he calls these performances smell-around. For the first time I saw the tattoo on his upper arm, two masks on strings: death laughing and death weeping. I could not stay for the end of the last film because my flight was leaving at midnight, a wretched affair with stops in Phoenix, Tucson, San Antonio, Houston, and Miami; the stewardesses, who had to put up all night with an impossible first-class passenger, call this flight a milk run.

No one came to meet me. My passport was confiscated immediately because I had no visa; allegedly they will return it to me when I leave. Several men who looked German were standing around expectantly, scrutinizing the incoming passengers, but I did not have the nerve to approach them.

Caracas, Hotel Ãvila. Slept a long time, woke up quite confused. I must have had horrible dreams, but do not remember what they were. There is no running water; I had wanted to take a long shower. I am keeping Janoud's money with me; I have a feeling things get stolen in this hotel.

The morning meeting with filmmakers was lively. I saw a bad feature film and lowered my expectations to a flicker. Caracas caught up in a frenzy of development. Nasty little mosquitoes are biting my feet. It rained heavily in the morning, and the lush mountains were shrouded in billows of mist, which made me feel good. The taxi drivers here are not to be trusted. I have not eaten all day. Signs of Life is playing; the guards at the entrance are bored. There is a melancholy peeping in the trees; I thought it was birds, nocturnal ones, but no, I was told, they were little tree frogs.

A young man from Caracas who wants to make a film about the mad poet Rafael Ãvila, known as Titan, told me about him and gave me one of his poems. Titan lived in a village near Maracaibo, sang in bars, and went mad. There is a plaster bust of him in the cemetery, with a large mustache, a contorted face, and unkempt hair. Someone has painted his hair and beard in bright colors. His gravestone carries the inscription

Five hours at the airport, with some passengers hysterical because the flight to Lima had been canceled without explanation; the next flight does not leave until four days from now. That gave me time to inquire about my passport. It was not there, and only after a series of coincidences did it turn up. It is a mystery to me how I managed to get on the overbooked Aeroperu flight. On the plane a stunningly beautiful Peruvian woman was seated next to me, clearly a member of the country's wealthy oligarchy. First she said it was too hot, a short while later too cold. As we were changing planes in Bogotá, she called after me that it was very hot, and on the plane she said it was very cold in Lima at this time of year, and I should have a warmer jacket. She said this not so much in a spirit of helpfulness in the stifling, grimy, overcrowded plane; rather, she spoke to me in the tone she would have used to reprimand her gardener or her house servants.