From the creators of the New York Times best-sellers Poetry Speaks and Poetry Speaks to Children comes a collection filled with more than 100 remarkable selections from a wide variety of poets in an anthology featuring both classic and contemporary works. Also includes an audio CD showcasing poets reading their own work.

NPR stories about Poetry Speaks Who I Am 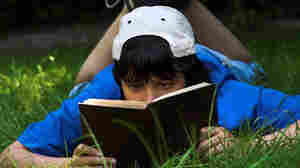 April 22, 2010 • Poetry Speaks Who I Am is a collection of poems intended not "for parents, for children, for classroom study or for required memorization," says editor Elise Paschen. It's for tweens and young teens, and includes poems about school, cars and the horror of shopping for your first bra.

Excerpt: Poetry Speaks Who I Am 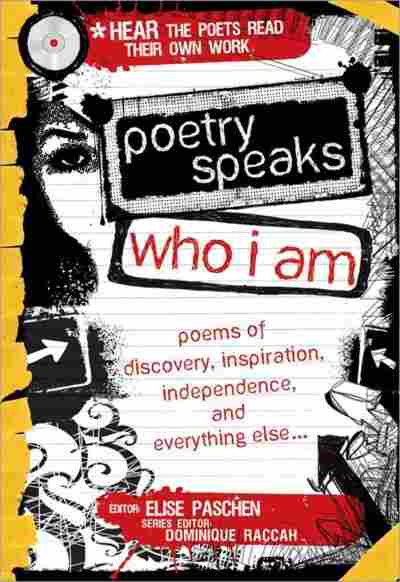 This is not a poetry anthology for adults, for children, for classroom study, or for required memorization and recitation. It's made just for you.

When I was younger, I wish I had possessed an anthology like this one-a compilation that brings poetry to life through words and recordings. In grammar school, I memorized the poems I discovered in a favorite poetry anthology my parents had given me. In high school, after my British Literature teacher introduced me to the work of William Butler Yeats, I began to understand how to write a poem. But in middle school there were no poetry anthologies compiled just for students and poetry was not taught in class. So I gravitated toward poets of the past and read William Shakespeare's love sonnets, trying to imitate them. I had no idea that poets were alive and writing. This anthology attempts to fill that void by offering poems about subjects that might express what's on your mind.

Youth inspires poets. So when we asked poets to send poems either that were important to them at your age or that they'd written about being your age, we received hundreds of submissions. Many writers try to capture those moments you may be thinking about now as you step into a new world.

We strived to create an anthology where you can discover poems about the changes taking place in your life. We offer first kiss poems like "Zodiac" or "The Skokie Theatre." If you've ever stood in the outfield, waiting to catch a fly ball, check out "Baseball." There are some Bar Mitzvah poems called "33" and "49." Poems about changing bodies such as "Bra Shopping." Poems about the times you think you hate your mother as in "The Adversary" and poems about loving her such as "Dear Mama (4)." Poems about loneliness like Robert Frost's "Acquainted with the Night." We even have a "Vampire Serenade." There are poems about navigating the turbulence of friendship like "Caroline" or the riptides of your parents' marriage as in "Mediation." We have paired classic poems with contemporary poems, from John Keats to Toi Derricotte, so you can read how poets throughout the ages have mulled over the same subjects.

Some poems will help you catch your breath, others will let you slowly exhale. Many of the poets traveled to studios to record their poems for Poetry Speaks Who I Am. When you listen to the CD, you will hear the immediacy of their words and the nuance of expression, and you will be able to hear and perhaps understand the poem from the poet's perspective.

In seventh grade, my friends and I would get together at each other's houses, listening for long afternoons to our favorite records. Older siblings introduced us to Carly Simon, James Taylor, Carole King, and we would sit and talk and sometimes just sit and listen to the songs, memorizing each one, playing them over and over in our minds. Let's hope that these poem recordings touch that same nerve for you and that they hold the same power that music did. Throughout my life, whenever I read a book I often scribble down a draft of a poem in the back pages. In Poetry Speaks Who I Am, you will find pages at the end where you can write down your own thoughts. Maybe some of the poems in this anthology will stir you to write some poems of your own.