Newton and the Counterfeiter

Newton and the Counterfeiter

The Unknown Detective Career of the World's Greatest Scientist

Reveals the seventeenth-century scientist's lesser-known historical contributions as a Warden for the king's mint in London, a career that was marked by the underworld dealings of master counterfeiter, William Chaloner.

NPR stories about Newton and the Counterfeiter

Excerpt: 'Newton and the Counterfeiter'

July 26, 2009 • This biography of Isaac Newton is a real pageturner. Thomas Levenson pulls readers into the tale of Newton's stint as Warden of London's Royal Mint.

June 5, 2009 • Isaac Newton is best known for his studies of physics and for developing the three basic laws that describe motion. In Newton and the Counterfeiter, author Thomas Levenson describes another side of Newton: his career as the crime-fighting head of the Royal Mint.

Excerpt: Newton And The Counterfeiter 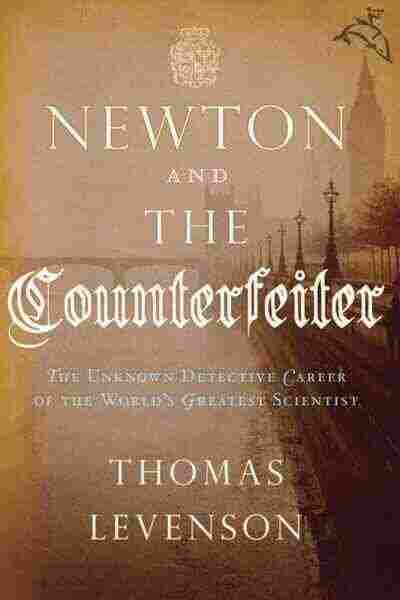 The tower of Great St. Mary’s catches what daylight remains as a young man passes the town boundaries. He has come about sixty miles, almost certainly on foot (his meticulously kept accounts show no bills paid to livery stables). The journey from rural Lincolnshire to the university has taken him three days. The walls of the colleges shadow Trumpington Street and King’s Way, but at this late hour, Trinity College is closed to visitors.
The young man sleeps that night at an inn, and the next morning he pays eight pence for the carriage ride to the college. A few minutes later, he passes beneath the Gothic arch of Trinity’s Great Gate and presents himself to college officials for the usual examination. Their scrutiny does not take long. The records of the College of the Holy and Undivided Trinity for June 5, 1661, register that one Isaac Newton has been admitted into its company.
On its face, Newton’s entrance to Trinity could not have been more ordinary. He must have seemed to be yet another example of a familiar type, a bright farm youth come to university with the aim of rising in the world. This much is true: now nineteen, Newton was indeed country-bred, but by the time he set foot in Trinity’s Great Court it was apparent that he was deeply unsuited for rural life. And he would prove to be a student unlike any the college had ever encountered.