A Food-Loving Father's Quest to Raise an Adventurous Eater

A food critic and writer shares his experiences as a stay-at-home parent to his young daughter, Iris, who he endeavored to expose to the richness of his culinary world, in an account that describes how he came to understand the wonder of tasting foods from a child's first-time perspective.

Let Them Eat Sugar: A New Guide For Feeding Kids

Let Them Eat Sugar: A New Guide For Feeding Kids 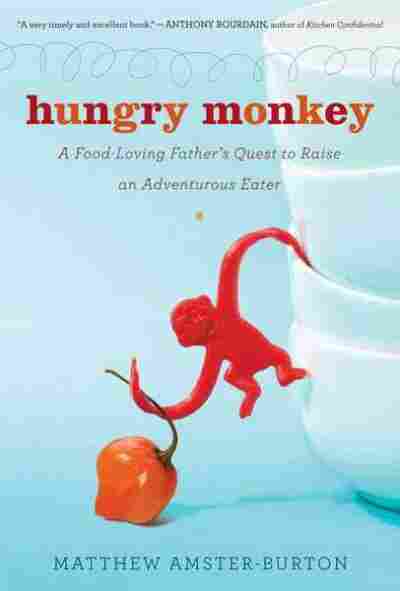 A Food-Loving Father's Quest to Raise an Adventurous Eater

Where Do Monkeys Come From?

My daughter’s first meal was supposed to be, oh, let’s say local organic carrots pureed with homemade chicken broth in a hand-cranked food mill. That’s what everyone wants for their kid, right? I swear I was totally planning a feast of that nature when fate intervened and a doughnut fell on her head.
Leaving the local doughnut shop while carrying three-month-old Iris in the baby sling, I was, as usual, too impatient to make it the whole four blocks home before digging into my Double Trouble (chocolate cake with chocolate glaze). As I took a bite, a large crumb dropped, landing within range of Iris’s pointy tongue. She opened her mouth and slurped up the chunk with the same eagerness as, well, me. Uh-oh. You’re not supposed to feed a three-month-old anything other than breast milk or formula, and definitely not a doughnut. Apparently the American Academy of Pediatrics doesn’t have any three-month-olds on their committees.
There’s no evidence that the doughnut caused permanent damage, but Iris, now four years old, does exhibit some peculiar tendencies. In her favorite video game, Chocolatier, she builds a worldwide chocolate empire. Her favorite foods are pizza and burgers, but also sushi and a spicy Szechuan noodle dish. And recently, she had a friend over to play, and after they’d made a mess of the dining room baking pretend cakes, they ran over to me crying out, “We need more garam masala!”