The Twelve-day Chase for Lincoln's Killer

Recounts the escape of John Wilkes Booth, Abraham Lincoln's assassin, and follows the intensive search for him from the streets of Washington, D.C., through the swamps of Maryland, into the forests of Virginia. 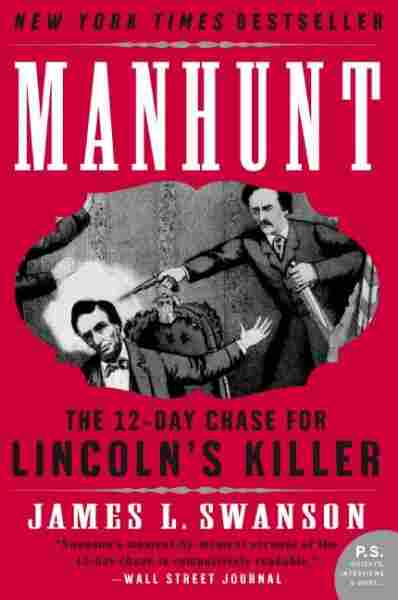 The 12-Day Chase for Lincoln's Killer

"I Had This Strange Dream Again Last Night"

John Wilkes Booth awoke Good Friday morning, April 14, 1865, hungover and depressed. The Confederacy was dead. His cause was lost and his dreams of glory over. He did not know that this day, after enduring more than a week of bad news and bitter disappointments, he would enjoy a stunning reversal of fortune. No, all he knew this morning when he crawled out of bed in room 228 at the National Hotel, one of Washington's finest and naturally his favorite, was that he could not stand another day of Union victory celebrations.

Booth assumed that April 14 would unfold as the latest in a blur of eleven bad days that began on April 3 when Richmond, the Confederacy's citadel, fell to the Union. The very next day the tyrant, Abraham Lincoln, visited his captive prize and had the audacity to sit behind the desk occupied by the first and last president of the Confederate States of America, Jefferson Davis. Then, on April 9, at Appomattox Court House, Robert E. Lee and his glorious Army of Northern Virginia surrendered. Two days later Lincoln made a speech proposing to give blacks the right to vote, and last night, April 13, all of Washington celebrated with a grand illumination of the city. And today, in Charleston harbor, the Union planned to stage a gala celebration to mark the retaking of Fort Sumter, where the war began four years ago. These past eleven days had been the worst of Booth's young life.

He was the son of the legendary actor and tragedian Junius Brutus Booth, and brother to Edwin Booth, one of the finest actors of his generation. Twenty-six years old, impossibly vain, preening, emotionally flamboyant, possessed of raw talent and splendid élan, and a star member of this celebrated theatrical family—the Barrymores of their day—John Wilkes Booth was willing to throw away fame, wealth, and promise for his cause. Handsome and charismatic, he was instantly recognizable to thousands of fans in both the North and the South. His physical beauty astonished all who beheld it. A fellow actor once described him: "Picture to yourself Adonis, with high forehead, sweeping black hair, a figure of perfect youthful proportions and the most wonderful black eyes in the world. Such was John Wilkes Booth. At all times his eyes were his striking features but when his emotions were aroused they were like living jewels." Booth's passions included fine clothing, delectable women, and the romance of lost causes.

Booth's day began in the dining room of the National, where he was seen eating breakfast with Miss Carrie Bean. Nothing unusual about that—Booth, a voluptuous connoisseur of young women, never had trouble finding female company. Around noon he walked over to Ford's Theatre on Tenth Street between E and F, a block above Pennsylvania Avenue, to pick up his mail. Accepting correspondence on behalf of itinerant actors was a customary privilege Ford's offered to friends of the house. Earlier that morning Henry Clay Ford, one of the three brothers who ran the theatre, ate breakfast and then walked to the big marble post office at Seventh and F and picked up the mail. There was a letter for Booth.

That morning another letter arrived at the theatre. There had been no time to mail it, so its sender, Mary Lincoln, used the president's messenger to bypass the post office and hand-deliver it. The Fords did not even have to read the note to know the good news it contained. The mere arrival of the White House messenger told them that the president was coming tonight! It was a coup against their chief rival, Grover's Theatre, which was offering a more exciting entertainment: Aladdin! Or His Wonderful Lamp. Master Tad Lincoln and chaperone would represent the family there. The letter, once opened, announced even greater news. Yes, the president and Mrs. Lincoln would attend this evening's performance of Tom Taylor's popular if tired comedy Our American Cousin. But the big news was that General Ulysses S. Grant was coming with them. The Lincolns' timing delighted the Fords. Good Friday was traditionally a slow night, and news that not only the president—after four years a familiar sight to Washingtonians—but also General Grant, a rare visitor to town and fresh from his victory at Appomattox, would attend, was sure to spur ticket sales. This would please Laura Keene, who was making her one thousandth performance in the play; tonight's show was a customary "benefit," awarding her a rich share of the proceeds. The Lincolns had given the Fords the courtesy of notification early enough in the day for the brothers to promote their appearance and to decorate and join together the two boxes—seven and eight—that, by removal of a simple partition, formed the president's box.

By the time Booth arrived at Ford's, the president's messenger had come and gone. Sometime between noon and 12:30 p.m. as he sat outside on the top step in front of the main entrance to Ford's reading his letter, Booth heard the galvanizing news. In just eight hours the subject of all of his brooding, hating, and plotting would stand on the very stone steps where he now sat. This was the catalyst Booth needed to prompt him to action. Here. Of all places, Lincoln was coming here. Booth knew the layout of Ford's intimately: the exact spot on Tenth Street where Lincoln would step out of his carriage; the place the president sat every time he came to the theatre; the route through the theatre that Lincoln would walk and the staircase he would ascend to the box; the dark, subterranean passageway beneath the stage; the narrow hallway behind the stage that led to the back door that opened to Baptist Alley; and how the president's box hung directly above the stage. Booth had played here before, most recently in a March 18 performance as Pescara in The Apostate.