Presents an argument in defense of private property in the age of digital culture, sharing observations about how significant differences in generation values has compromised ownership rights and copyright protections.

April 26, 2009 • Two years ago, author Mark Helprin's op-ed urging the extension of copyright protection inspired a huge online backlash. A new book is his response to the uproar, but opponents are still having their say. 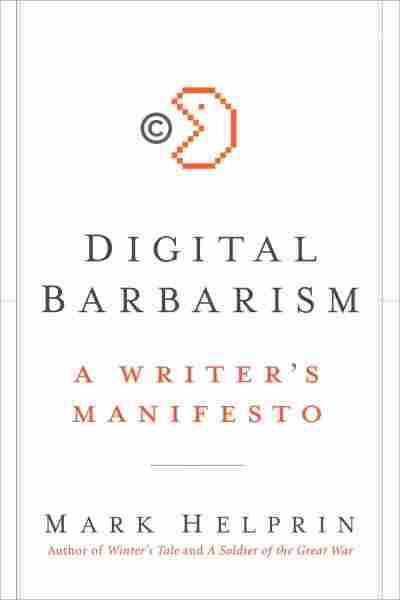 The Acceleration of Tranquility

History is in motion as never before, and those moving with it are so caught up that they do not always see its broad outlines. Like soldiers in a rout, they seek objectives that will ruin them rather than the principles that may save them. Who are these soldiers? They are all of us. And what are the principles? If you search the past, hindsight makes them easy to see, but in the brightness of the present they are almost invisible. Still, it is possible to catch a fleeting glimpse of them, even if only as alterations in contrast.

In that spirit, consider the two paradigms that follow, not as you would two debaters, but rather two paintings hanging at opposite ends of a gallery. You are in the middle, bathed in natural light, forced by circumstance to judge their color and attraction.

You are a director of a small firm that supplies algorithms for the detection of damage in and the restoration of molecular memories in organic computation. Previously, you specialized in repairing the cosmic ray degradation of atomic lattices in gallium arsenide nanorobotics, but the greater promise of organic replication and the lure of photon interlinking led you in a new direction.

You raised $2 billion, most of which was devoted to the purchase of computers and laser armature looms for the growth and manipulation of organic compounds. Though your entire company is housed in a single 40,000-square-foot facility and has only ninety employees, it records assets of $9 billion and annual revenues of $32 billion.

All transactions are accomplished through data links—licensing, sales, billing, remittances, collections, investments. A customer can make a purchase, receive your product, and pay you as fast as he can speak orders to his computer. As the algorithms begin immediately to work for him, the money you've earned begins immediately to work for you, in, perhaps, Czech dormitory bonds that compound interest hourly. You go to your headquarters mainly for picnics, and otherwise work at home, as does your wife, who is a partner in a law firm in Chicago, where she has never been. In her study and in yours are floor-to-ceiling screens that produce three-dimensional images so vivid they appear real. Your best friend has grown rich writing the software that serves as your secretary. The preparation of documents is done by voice in another program, and the secretary concentrates instead on planning, accounting, arranging your schedule, and screening what used to be called calls but are now more or less apparitions.

You instruct the secretary to allow your wife's apparition to override all others. She is at a beach in Alaska (it is a bit warmer now), where you will shortly join her. Recently, you and she have quarreled. In virtual sex, in which you both wear corneal lenses that create a perfect illusion of whomever you might want, she discovered that you were entertaining not a commercial prostitutional apparition but an old girlfriend. Hence her early departure for the Aleutians.

But this is August, the season of vacations, and you and she are bound to make up. You will take a twenty-minute suborbital flight to Alaska, where you will spend several days at the beach in a primitive resort with no screens. Still, you have a backup of e-mail despite a recent tightening of your rejection protocols and a new investment in automated--reply software, the chief disadvantage of which is that, when in conversation with other automated-reply software, it tends to get overly enthusiastic. You were dismayed lately when you discovered that it and another ARS were building a golf course in Zimbabwe, but there is software for controlling it, and software for controlling the software that controls this, and so on and so forth.

Though seventy-five messages remain, you must catch your plane, so you instruct your screen to send them to your notebook. You'll take levels one and two coded personal apparitions as well, in the air and even on the winding track that leads to the resort. As you wait in San Francisco International Airport (having floated there in the Chuck Schumer Memorial Gas Blimp) you read in your notebook. There are no bookstores, and there are no books, but in the slim leather-bound portfolio is an uplink that gives you access to everything ever published or logged, and in any format, including the old Google formats prevalent before the government took control of all information during the celebrity crisis. You can call for a dual-language text of Marcus Aurelius, or the latest paper in Malay on particle acceleration. Your reading can be interrupted by the appearance of a friend in your portfolio, a look at the actual weather in Amchitka, a film clip of Lyndon Johnson's inaugural, or, for that matter, anything, summoned by voice, available instantaneously, and billed to your central account.

"Go to my files," you might say as you sit in the airport, "and get everything I've said in the last five years about Descartes. I made a remark with a metaphor about the law, co-ordinates, and virtual prisons. When you get it, put it on the screen in blue. Take a letter to Schultz, and file a copy at home and with the office."

But as you issue, you must also receive, and it never stops. Though the screen of your portfolio is electronically textured to feel like paper and is as buff or white as flax or cotton, you miss the days of your father, when one could hold the paper in one's hands, and things were a little slower. But you can't go back, you can't fall behind, you can't pass up an opportunity, and if you don't respond quickly at all times, someone else will beat you to it, even if you have no idea what it is.