Traces the author's loss of her beloved long-time husband, her experiences with grief and widowhood, and her efforts to make new friends when her daughters place a singles ad for her in a literary journal. By the author of Water from the Well. 35,000 first printing.

December 23, 2008 • After 39 years together, Anne Roiphe lost her husband, Herman, to a heart attack. For her, time moves on, but she remains suspended — "like the fly [she] saw in an amber stone, waiting for release." Still, she takes steps to rebuild her life. 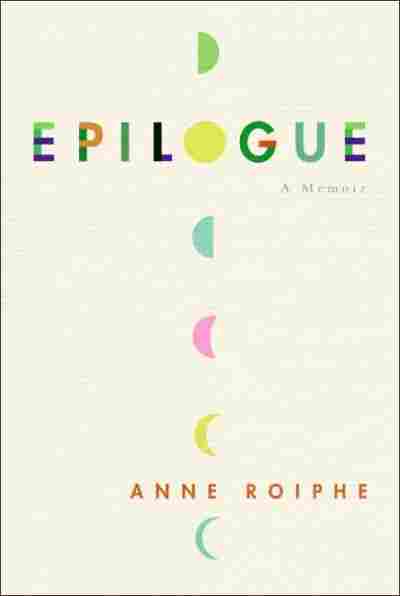 Ten o'clock at night, there I am standing at the front door of my apartment. I have a key but will not use it. Instead I turn the knob, because I have left the door unlocked. I left it unlocked because I wasn't sure I could make the key work. For the thirty-nine years of our marriage my husband always pulled out his key and opened the door when we returned from an evening out. During the day I left the door unlocked. We had a doorman. I trusted my neighbors. I found keys (so subject to loss, so hard sometimes to turn, was it right or left that it should go?) a man's responsibility. Was this a sexual reading of the act, a pun of the unconscious? Perhaps. But now, more significantly, it was a protest against the loss of something far more necessary than a key: my husband, H.

It was not a beautiful bonzai. It was a scraggly dwarf of a few twigs that still held their green needles. Two of the branches were bare. Nearby there was a small stone and a tiny gray statue of a Chinese man, fishing. He wore a wide-brimmed peasant hat. My youngest daughter had given this plant to H. for Father's Day two years ago. He had nursed it with Miracle-Gro, watered it daily. He shifted it around to catch the sunlight. He carried it with us to our beach home. He put fresh dirt at the four-inch porcelain Chinese man's feet every few months. This bonzai had not died. It hadn't thrived either. I wanted to throw it out. He protested. Don't kill a living plant. Now brown needles fall from some of the branches. Today I throw it out. I know it's still alive. It carries with it his affection. But no matter what I do, each day more needles fall. I do not have the gift. I do not love this stunted plant.

Grief is in two parts. The first is loss. The second is the remaking of life. This book is about the second. Although the division between the two parts is not a line, a wall or a chasm. Think of grief as a river that finally runs into the ocean where it is absorbed but not dissolved, pebbles, moss, fish, twigs from the smallest upland stream run with it and finally float in the salt sea from which life emerged.

I am now a single woman. There is no one at home to call when I am away. Self-pity is never useful. It tends to distort like a fun-house mirror. Nevertheless I indulge myself—heavy helpings of self-pity. Then I stop.

I am going out on a date. I have spoken to a stranger, a man, and arranged to meet him for lunch at a café a few blocks from my building. He sent me a letter in response to a personal advertisement my grown daughters placed for me in the New York Review of Books. It said that I was a writer. It said that I was attractive. They think so or else they were lying. They said that I loved the ocean and books. That was true. I didn't read the ad. I was embarrassed. But I was pleased they placed it. Why not? Who knows what waits for me out there among the throngs of divorced and wifeless hordes who might be willing to meet me over the hill? Once I had read in an Edmund Wilson essay of his dislike of women past menopause. He said they were like dried fruits, withered on the vine. The juice was gone. I understood what he meant. Although the words stabbed my heart even then, before I was forty. What about your juice? I had written in the margins of the book. But I knew that crones were female and old men were kings, stallions, and producers of heirs. Saul Bellow had a baby at the age of eighty-three. He didn't live long enough after that for her to play Cordelia to his Lear.

The stranger had written a charming letter. He loved books. He loved music. He had wanted to be a writer but had become a public relations executive. He was divorced and he was sixty-nine years old. His letter was on gray stationery with a red border. I will call him P.J. I phoned. His voice was very hoarse and faint. He told me he had reached up to a shelf in his closet for a suitcase that was filled with old books and it had fallen on his throat. I thought about beloved books stored in a suitcase. I agreed to a Sunday lunch.

The stranger met me at a bistro around my corner. I saw him approach. He was short and thin and he had a white mustache. He had a gait that was something like a trot. Like a pony, he moved steadily toward me. We ate our salads and talked. His hands were very veined and age-spotted. I didn't mind, but he didn't seem to be sixty-nine and a lie is like a broken step on the stairway to heaven. His voice was so weak that I had to lean into his space in order to hear his words. He told me he loved Proust and Stendhal and Thomas Mann. He had been divorced ten years. He didn't want to tell me why. His hands shook and trembled. Did he have a disease or was he nervous? He never had any children. He wanted to retire to the Caribbean. He told me that customs had changed since I was a girl and asked me if I understood what was expected in today's dating world. His hand was on my knee. His other hand was stroking my arm up and down as if it were a horse's nose. We had known each other for exactly twenty-five minutes. How does a suitcase on a closet shelf fall on a throat? I tried to imagine it.