A young ventriloquist and his wooden alter-ego trace the story of four generations of a family of entertainers, in a tale that follows the eleven-year-old protagonist's search for answers to secrets about his grandfather's World War II-era traveling act.

NPR stories about by George 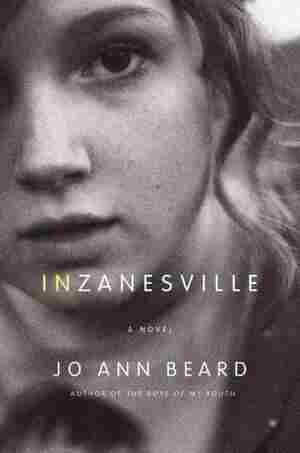 December 13, 2011 • NPR's go-to librarian would like you to meet some friends of hers — from six novels and one work of history. As you read, these artfully developed characters will become more and more real. Pearl says that when the stories ended, she was left longing for the people she'd met between the pages.

A New Batch of Under-the-Radar Books

January 22, 2008 • Seattle librarian Nancy Pearl returns with another set of titles you should be reading but haven't (yet). The latest batch features the story of three royal cousins, tales of wild animal adventures and a pun-filled picture book for younger readers.

A New Batch of Under-the-Radar Books 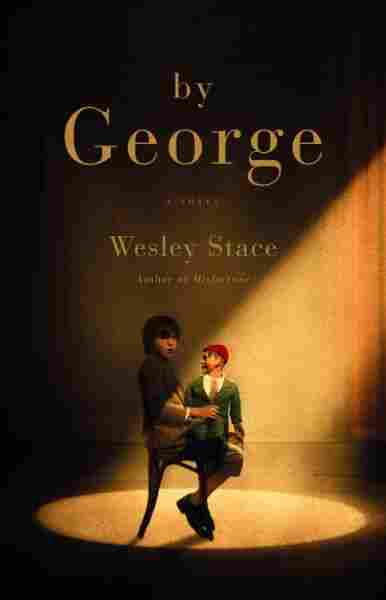 I shall now do a little ventriloquism of my own.

Whether I shall turn out to be the hero of my own life, or whether that station will be held by anybody else, these pages must show. To begin my life with the beginning of my life, I record that I was built (as I have been informed and believe) at Romando Theatrical Properties of Henley on Friday, the fifth of September, 1930.

That, at least, is the date tattooed on the inside of my chest in the specific form V/IX/30. I was made over a period of time: what was so special about the fifth of September? Was it when I was ordered, when the great artiste first conceived me, or when his minions started to mix my papier-mâche? Was it perhaps the moment I was taken from the mould, or even the date of the final stroke of his paintbrush on my flushed cheek? I don't precisely know.

One thing is certain: there was always something special about me. Whereas many of my Romando brothers were bought off the peg (for example, from Henridge's Magic Emporium on the Strand), I was different: I was bespoke. Ever since negotiations had commenced, I had been marked out, for I was commissioned by a star as great as my father was an artiste: the most famous ventriloquiste of the Golden Age - your own, your very own, Echo Endor.

Echo Endor and Narcissus - names to conjure with! Echo, whose famous scena "The Ocean Deep - A Vaudeville Fantasy" played all over the Continent, and Narcissus, Naughty Narcissus, the boy who captured the hearts of all: "Do you love me? You know you do!" No one had seen a boy partnered by a woman: only men had dared say such cheeky things.

Yet when Echo first swept into Romando Theatrical Properties, there was no Narcissus to place her. In person, she looked somewhat smaller and older than her public might have imagined. She never made any reference to her age, nor had since her thirty-ninth birthday, but she was fifty-one and had never been busier. If well prepared, she could pass, through opera glasses (which is how she was often seen), for twenty-five. (She readily gave Narcissus's age as thirteen, although he was thirty if he was a day, and shabby to prove it.)

Despite dramatic eyes, always emphasized by garish makeup, she was in many respects an average-looking woman: her voice alone announced the presence of a true star. She spoke with astonishing vigour and clarity of tone, a lip-reader's dream, sidling up to C's, attacking T's, caressing S's, rolling R's, and exploding P's. The clear voice was a family trait. Her father, Vox Knight, the beloved polyphonist, had employed the same ringing tone: the louder and more clearly you spoke, the more your voice was differentiated from the other voice, the voice that came from elsewhere, from up on the roof, from your boy's mouth. The greater the distinction, the better the illusion.

"I have come ...," she proclaimed, "for a Romando boy." She set about his name with an aggressive purr, a cat toying with a defeated mouse.

Even from the depths of his workshop, the great artiste recognized her voice immediately. Drying his hands on a towel, he untied his apron and, to the great surprise of his business manager (and lady wife), Nellie, popped his head into the reception room. Nothing ever distracted him from his work, but here he was, drawn by that siren sound.

"Miss Endor," he said. She was pleased to be recognized, but hardly surprised. "Romando, Joseph, at your service."

I was the boy she had come for - better call me boy than doll (a little girlish), figure (too formal), or dummy (for obvious reasons); mannequin, though preferable for its manliness, is archaic - so you can understand why perhaps I do not flatter myself in the assumption that especial care was taken in my creation. Deposit down - Nellie hardly thought one necessary, but Echo insisted - I was built.

The prime architect, the great artiste, was my father, the legendary Joseph Romando. There were great craftsmen before and many will follow, but to be a Romando boy is something special. Compare the dull and emotionless faces of my predecessors, Narcissus and his acned ilk, with mine, my fine soft skin tones, my stylish side parting, not to mention the flexible chamois leather that I call lips - tell me I wasn't sired by a kinder, cleverer man. My father made superior sons in every way. He sent his boys to the best schools - witness the splendid crests and mottoes on our forest green blazers - and gave us the most magnificent mops of hair, often worn beneath impishly tipped school caps. His brushes were more delicate, his sculpture more sensitive, and his mechanisms more innovative. But greater than any of this: he gave us each a personality. It was as though we had character before we met our partners: in some cases, sadly, more.

An account of my manufacture, however interesting, would unfortunately prove rather too technical: my genesis in paper regressed to its primordial state of pulp and ooze, my moulding and drying, my subsequent attachment to my spine (or "control stick"), and so forth. Much of this labour was entrusted to subordinates, but it was the maestro himself who, with his improbably skeletal and impossibly expressive fingers, pressed the papier-mâché mix (his own recipe) into the plaster mould, persuading it patiently into every nook and cranny, and then (fortified by one of Nellie's enormous breakfasts) prepared me in makeup. Given his painstaking methods, I wasn't able to leave the chair for the entire working day. Or the next day. But on the third, I was ready for my close-up.

Brandished by my spine, I was scrutinized in natural and institutional light. My kindly maker knew when to leave well enough alone, and as I sat drying in what I can only describe as a flowerpot, he gazed at me with an unearthly love. His eyes seemed to say: you are my perfect creation.

The day of my delivery was upon us.

I was placed on the ottoman that the great artiste regularly used to display his boys on first presentation. Only rarely did a customer feel the need to make any changes to the natural design. "His socks don't match," someone once said, pointing out what he considered an oversight. "No," replied the great artiste. "He has another pair just like it at home."

So there I sat, with my clashing socks and my beautiful mouth, lifeless yet brimming with potential. My father wrung his cap like a sponge; mine perched proudly atop my newly combed hair.

Nellie walked in behind Echo, who, barely a moment later, proclaimed: "Yes. Yes. Yes! I knew it." There was silence. "I knew it. The great Romando! A miracle child!" She loomed over me. "May I?"

"Miss Endor, of course," said my father. "Consider him yours now."

She picked me up, letting her finger fall across my lips, slipping her hand quickly into my back, feeling her way in the darkness.

I was about to speak for the very first time.

She laid me back on the ottoman without particular care. "The very boy I was looking for! Mr. Romando, to you I say," and she rather intoned, "many, many thanks." My father picked me up again, patting the back of my head. He was saying good-bye.

All three went back to the office, me in the arms of my maker, to sighs of mutual appreciation and nervous coughs that presaged the exchange of money.

"Of course, madam," said Nellie. "Romando prides itself on the best presentation box at no extra cost to the customer."

From behind the counter, my father lifted a plain but durable black box, with simple metal handle and engraved brass plate, an extra granted only to ventriloquial royalty. Upon it was written, For Echo Endor. And beneath this in the most florid of all scripts, Romando Theatrical Properties of Henley.

"No, quite, quite." Echo drummed her fingers next to the banknotes she had unfolded on the glass counter. "I'm afraid it's not for me at all...."

"Not for you?" Disappointment sighed over Nellie's question. She had pictured an official endorsement on their new print advertisements: Makers for Echo Endor, the ventriloquial equivalent of By Royal Appointment. "We thought ..."

Echo regarded her blankly. "For me? But I have Narcissus. You surely didn't think ..." She laughed politely, more at the thought itself than at any presumption of Nellie's. "Our public wouldn't stand for it. For Echo Endor, there can be only one boy, for all time."

My father looked down at me, full of pride, as he massaged his beard. I was my own reward. He busied himself with the box, which didn't look big enough. He undid the two catches and lifted the hinged lid back, revealing the abyss within. Don't put me in the box, I thought, not for the last time.

"No, no," Echo continued. "This is a birthday present. For my son."

My father scooped my legs up beneath me and, bending me double, put them level with my ears, one foot on each shoulder. Then, taking me by the middle, he placed me carefully in the opulently lined case, so that my hips were on the bottom of the box and the soles of my black leather shoes faced up. He swiveled my head to the left to avoid any damage to my nose and closed the lid. A key turned in the lock. Their voices were muffled.

"Your son?" said my father. "Does he dream of following in the magnificent footsteps of his grandfather and mother?"

"He will," said the ventriloquiste, "if I say so."

"Well, this boy has a name," said my father, handing her the key. "We name all our creations."

"Yes, they're all very much part of the family. This one we call ..." I heard him quite clearly as he turned around to christen me. "George."

George. What a name! How manly! How noble! How royal!

How easy to say without moving one's lips!

"Oh, no no no no, I think not," said Echo, to whom disagreement came easily. "We'll need something cheekier, something more suited to little children. I rather like ..."

Whatever she said remained a mystery, for she spoke as my presentation box, hoisted by the handle, lurched upwards with a seasickening heave. Presently, I began to swing to and fro more agreeably. A small bright light shone in on me, illuminating a precise green keyhole on my blazer.

I was outside Romando's Theatrical Properties for the first time.

My journey had begun.