Offers a portrait of Danny Basavich, a New Jersey-born pool hustler known as Kid Delicious, and his set-up man, Bristol Bob, as they embark on a four-year odyssey through the pool halls and urban billiard rooms of America.

NPR stories about Running the Table

November 3, 2007 • Danny "Kid Delicious" Basavich was a depressed, overweight teen when he found his true calling in smoky billiards halls. In his new book, Running the Table, L. Jon Wertheim chronicles Basavich's rise as one of the country's best pool players. 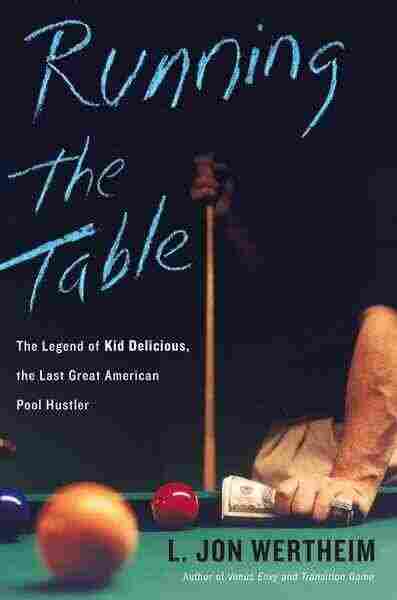 Jeez, that fat man, look at the way he moves. Like a dancer. And those fingers, them chubby fingers. That stroke, it’s like he’s playing the violin or something.
— Fast Eddie Felson (Paul Newman), marveling at Minnesota Fats (Jackie Gleason) in The Hustler