Paradox And Power in the Islamic Republic

A scholar and leading expert on Middle Eastern politics presents an incisive analysis of Iran's politics and history, demystifying the Iranian regime and its policies in terms of the competing issues of Muslim theology, republican pragmatism, and factional competition and furnishing a new strategic approach for defining the relationship between the U.S. and Iran.

October 11, 2007 • The opposition movement in Iran includes students, women, exiles, and others. Ray Takeyh of the Council on Foreign Relations describes the Iranian government's "quarantine" strategy for curtailing opposition in the country rather than a sledgehammer strategy.

February 12, 2007 • A list of suggested reading about the Shiite-Sunni conflict. 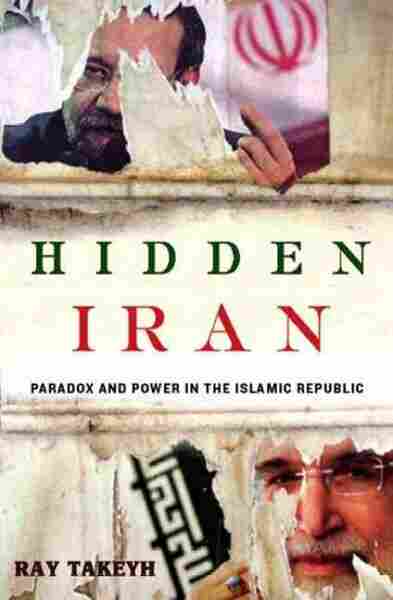 In his State of the Union address on January 31, 2006, President George W. Bush turned his attention to Iran, describing it as a “nation now held hostage by a small clerical elite that is isolating and repressing its people.” The president went on to stress that the “Iranian government is defying the world with its nuclear ambitions, and the nations of the world must not permit the Iranian regime to gain nuclear weapons.”1 The reaction from Tehran was predictably swift and uncompromising; President Mahmoud Ahmadinejad denounced Bush as the one “whose arms are smeared up to the elbow in the blood of other nations” and pledged that “God willing, we shall drag you to trial in the near future at the courts set up by nations.”2 For a quarter-century, such undiplomatic discourse has defined U.S.–Iranian relations, but this particular exchange of epithets hints at the real root of the estrangement—a profound and frequently mutual misunderstanding of the enemy. Indeed, getting Iran wrong is the single thread that has linked American administrations of all political persuasion. From the original 1979 revolution that launched the Islamic Republic to the more recent confrontation over Iran’s nuclear intentions, the United States has persistently misjudged Iran’s clerical oligarchs.

Contrary to President Bush’s assertions, and his previous depiction of Iran as a member of an “axis of evil,” an unsavory state on a par with the totalitarian regimes of Saddam Hussein in Iraq and Kim Jong Il in North Korea, Iran differs dramatically from its Arab neighbors, much less the hermetic North Korean regime. Iran’s institutions, elections, and political factions matter and wield considerable impact over the government’s course of action. Debates rage within the parliament and the presidential office, in the seminaries and on the street, among the media and in the halls of academia. Far from being a stagnant authoritarian state, Iran’s elaborate and Orwellian bureaucracy, its fiercely competitive political culture, and its singular personalities perennially jockey for influence and power. It is the interplay of all these institutions and actors that ultimately determines Iran’s policies.

After more than a quarter-century in power, the Islamic Republic is at a crossroads as a new generation of stern conservatives has assumed power with a determination to return to the “roots of the revolution.” However, the conflict gripping Iran stems not from a straightforward resurgence of reactionary politics, but from a contradiction deeply embedded in its governing structure. From its inception, the Islamic Republic was a state divided between competing centers of power and profoundly differing conceptions of political authority. The original constitution pledged that the foremost purpose of the state was to “create conditions under which may be nurtured the noble and universal values of Islam.”3 To achieve this mission, unelected institutions, such as the Supreme Leader and the Guardian Council, were created and empowered with the ultimate authority over national affairs. Yet the structure of the Islamic Republic differed significantly from that of a typical totalitarian state since it sanctioned the populace to elect the president, parliament, and municipal councils. Such perplexing duality reflects the legacy of a revolution that saw a diverse coalition of secularists, liberals, and fundamentalists uneasily cooperating in the overthrow of the monarchy. Since then, disagreements and tensions have persisted between those seeking to establish a divine order and those advocating a more representative polity. Despite its absolutist pretensions, the clerical estate has never managed to exercise undisputed dominance over public affairs. Throughout its tenure, popular will, however circumscribed by theological fiat, remained an important arbiter of the Iranian state’s legitimacy and thus its very survival.

Iran today is a nation in search of an identity, a state that oscillates between promises of democratic modernity and retrogressive tradition. Despite all the sensational setbacks of Muhammad Khatami’s reform movement, the one enduring legacy of its electoral triumphs in 1997 and 2001 has been to make it impossible for Iran to become a rigid authoritarian state. The call for representation and the rule of law, for accountability and equality, have transformed the average Iranian from a passive observer of clerical politics into an active agent of change. The resilience of the forces of progress stems from their diversity. Clerical reformers, disillusioned youth, a burdened middle class, women seeking emancipation, and intellectuals yearning for freedom of thought have come together in their demand for a government responsive to its citizenry. Despite the apparent consolidation of conservative power and the election to the presidency in 2005 of an unreconstructed ideologue, Iran will change. In the long run, Iran’s sophisticated and youthful populace can be neither appeased by cosmetic concessions nor silenced by threats of coercion.

However, Iran’s democratic transition must come on its own terms, and at its own pace. An American president castigating Iran as part of an “axis of evil,” or denigrating its political process by proclaiming its elections a fraud even before they take place, only provides ammunition to hard-liners decrying Iran’s democrats as unwitting agents of Western machinations. Contrary to Washington’s depictions, the struggle in Iran is not a simple conflict between the people and the mullahs. Iran’s factional politics, ideological divisions, and political rivalries are much more complex and nuanced. The dissident clerics within the seminaries, the young functionaries waging a turf war in the government, the student organizations defying the authorities, and the women who persistently challenge the prevailing religious strictures are all part of the same movement seeking to liberalize the parameters of the state. The stark distinction between the people and the regime quickly fades when one considers how decentralized and flexible Iran’s Islamic order has become in the intervening three decades. Before stepping into the convoluted fray of Iranian politics, Washington would be wise to have a better appreciation of Iran’s complexities and contradictions.

In a similar manner, America’s continued denunciation of Iran as a militant state determined to subvert its neighbors and impose its Islamic template on an unwilling Middle East is exaggerated and flawed. The best way to understand Iran’s foreign policy is to imagine a matrix with three competing elements—Islamic ideology, national interests, and factional politics—all constantly at battle. As such, Iran’s policy has always been characterized by a degree of inconsistency and wild oscillation between pragmatism and dogma. It is this central paradox that has perplexed both critics and supporters of Iran’s regime.

Throughout the tenure of the Islamic Republic, there have been occasions when ideology has displaced moderation, when national interests have been sacrificed at the altar of Islamist militancy. The 1980s represent the high point of revolutionary activism, as the war with Iraq and conflict with America defined the pillars of Iran’s international relations. The first decade of the revolution was indeed a heady time, for the founder of the world’s first modern theocracy, Ayatollah Ruhollah Khomeini, did not see himself as simply a head of state but the leader of the entire community of believers. This was to be a ̶