The Book of David

The Book of David

The author describes his emergence from a traditional Jewish childhood in Canada and the humorous relationship with God that he feels has enabled his career in television.

NPR stories about The Book of David

August 20, 2007 • David Steinberg was big on the stand-up circuit back in the 1960s and '70s; he appeared on The Tonight Show with Johnny Carson more than a hundred times. Now he's host of TV Land's Sit Down Comedy with David Steinberg, on which he interviews other comedians. His new memoir is called The Book of David.

Excerpt: The Book Of David 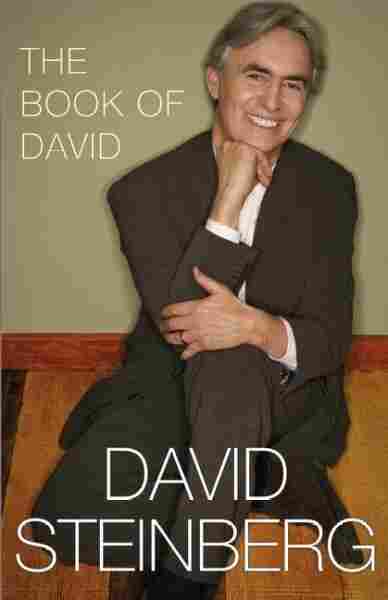 In the beginning — well, maybe it wasn't exactly the beginning. It could have been closer to the middle, or, depending on what happens in the Mideast, nearer the end than anyone would care to think about, which is how de Nile got its name. But it was sometime after that pleasant Sunday during the Big Bang years when the Eternal One, blessed be He and His name which you are not allowed to utter aloud or even spell out completely, had taken the formless, black, cold earth and exhaled holy carbon dioxide into its lungs (technically not CPR, because earth wasn't yet alive), declaring that there would be light — but not just any light; it should be a particular light, not too bright yet good for reading. And God called this light "day," though of course it is not called day in every language. In Szechuan, for example, the word for day is not pronounceable by nonnative speakers, but since only heathen unbelievers (will they be sorry) live in China, God chose to call the light by its verbal symbol in English, which until recently was the main language of the formerly God-fearing United States. (See: Day of Reckoning.)

Then did God declare that there should be a firmament in the midst of the waters, as if He had a choice unless He wanted His peoples to be fishes (but let's not skip ahead). Forsooth, you should know that He did indeed consider such a state for a while before deciding against it on the grounds that He needed a drier place to live. Thus, on the second morning He gatherest up the waters together in one place, so He could keep an eye on things when He eventually commanded man to evolve and crawl out of the primordial ooze onto dry land; for that to happen, of course, He had to actually have dry land. Capisce? He called the dry land Earth, this time with a capital E, in order to confuse writers and students and Green Party functionaries with the difference between Earth and earth — as in He and Him and His inscrutable sense of humor. Lo (and behold), on the Earth, God discovered that He had a Green Thumb. You want to talk creativity? Stuff grew everywhere, some of it poisonous, but no matter. He pronounced it good, because He does not have self-esteem issues, even though His own backstory is a little vague (How did I get all this power?).

All of which is to say merely that He created the sun and moon and stars (He was not, at first, a God of few words). And that was pretty good, too, or at least He thought so until He realized how all that good light was going to waste — and trees were falling in the forests without Immanuel Kant hearing them.

Thus, on the fourth day He filled the air with bugs and birds, and the oceans with some good Northern whitefish but also a lot of traife, and He commanded them to multiply, and they listened and they obeyed, especially the bugs, so that now it's so bad some days in Miami, you could be forgiven for spraying a few of God's creatures that have been just a little too fruitful. Understand ye that, at the time He animated all of His creatures, God wasn't really into considering the consequences of His actions or focus-grouping them, for He was too involved in His many works, thinking how He really had it going now. And that explains the context in which He created beasts and other violent things to run around killing and eating each other.

For some reason, He thought that that was good, too. (He has never acknowledged that the law of the jungle may have been a mistake, not even when Rousseau came up with a better idea. Except for some Freudian guilt over the casualty toll from an early flood, He obstinately insists that first drafts are for sissies and lesser gods.)

But then did something begin to gnaw at Him, and it was not one of His beasts; He sensed a vital piece missing from the master plan. Hallelujah, yes: Man! He would create man, and — once again evincing that mischievous ear for language — man would be both man and woman. That should hold them for a while, He thought. And yet, His emptiness persisted — an incredibly big emptiness. What is that missing link? He wondered as His anthropomorphic fingers stroked His untouchable chin, feeling the pressure to create something big and new and yet coming up empty, for He could not manage to think outside the box. Thus did He ponder whether God can create an image that He cannot live up to.

And then after a good night's sleep He slapped his forehead and remembered what He had chosen to forget: Yes, He would invent free will and implant it into man so that man could disobey Him — and in that way the real fun of being God and having a front-row seat at billions of small Greek tragedies over countless millennia could begin in earnest. It was sublime. It was transcendent. It was foolproof. It would be a living hell.

But wait, for in an inspired coda God decided to create man in His own image.

"Now that's good," He pronounced, clapping His unknowable hands in joy — and inadvertently causing a thunderstorm that wiped out sixty-one species, including a plant that would've one day cured cancer, which He had also invented on the assumption that man would enjoy the discovery process.

But what now had He wrought? Winners and losers. God, you see, is a master of disguise. Brad Pitt and Rasputin? Both are made in His image. Angelina Jolie and Phyllis Schlafly? Yea, they too.

And so, chaos began to reign, which meant that God's work was at last done. It had taken six days, and He was quite naturally exhausted. On the seventh day He slept in — right through dinner. Some say He's been asleep ever since, but some are going to have a nasty surprise waiting for them on the other side.

Anyway, when the time was right, He created the Steinbergs.