The Story of John & Caroline Kennedy

A dual portrait of JFK, Jr. and Caroline Kennedy draws on personal interviews to discuss such topics as the assassination attempt on Jackie Kennedy while she was giving birth, Caroline's reclusive lifestyle, and the unsettling results of John's and his wife's autopsies.

Late-Summer Reads to Squeeze In Before Fall

August 8, 2007 • Lots of you are taking late-summer vacations or devoting weekends to squeezing out the last bits of this lovely season, and we didn't want you do to do it bookless.

August 7, 2007 • C. David Heymann's biography gives us the Kennedy children as people, not national symbols. This book was selected by Day to Day's Karen Grigsby Bates for her midsummer reading roundup. 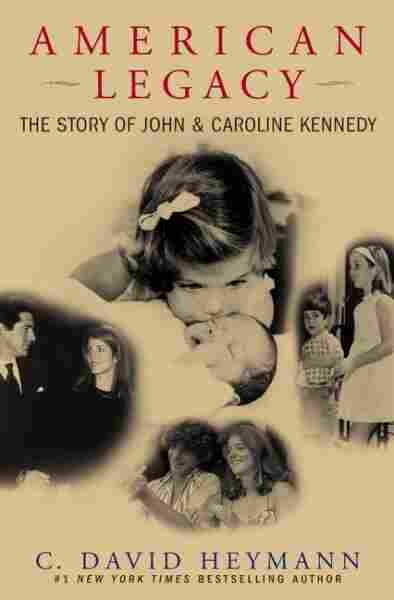 After the assassination of President John F. Kennedy on November 22, 1963, his widow, Jacqueline Bouvier Kennedy, took it upon herself to raise their two children, John Jr. and Caroline, in as normal an atmosphere as their celebrity would allow. As a single parent, Jackie gave them her love and her time, and supported them in their daily activities and life decisions. Her strong commitment to her children and her fervent desire to keep them out of the glare of the spotlight — not always successfully — were nevertheless a testimonial to her diligence, a true sign of her devotion. The results of her efforts were (and are) clearly visible. Unlike so many of the other Kennedys of their generation, John and Caroline were centered and successful. For all their losses and travails, they managed to avoid the pitfalls and scandals that beset so many of their cousins. Their values reflected the better part of their heritage. They were humble, modest, and refined — rare attributes in any individual regardless of background.

What makes John and Caroline's story unique is that from the moment of their births, they occupied a central position in what is generally regarded as the most famous family in the United States, if not the world. Even as young children growing up in the White House, their most subtle gestures and actions made headlines. As they grew older, their fame derived less from their accomplishments than from what each came to represent in historic terms. As the children of arguably the most famous American couple of the second half of the twentieth century, they were destined to live their lives in the public domain, the subject of countless magazine articles, television specials, and newspaper reports. Yet until now they have not been the subject of a dual biography. In that sense, this volume represents a first.

In good times and bad, John and his sister, Caroline, were unusually close, bound together not only by common heritage and circumstance but by a series of traumas and tragedies that ultimately altered the course of their lives. Yet what seems particularly unique about them is that despite their shared intimacy, the two were vastly different in personality and temperament. A wife and mother, Caroline has always been introverted and intensely private. She possesses her father's appearance but her mother's strength of will. She is as devoted to her own children as her mother was to hers. Like her mother, she is something of a mystery, difficult to read, hard to interpret. John looked more like his Bouvier mother but boasted his father's debonair charm, outgoing conviviality, and sense of humor. Caroline has always been reticent, whereas her brother shone in public. Had he lived, it is likely he would have followed in his father's footsteps and entered the political arena. Given the opportunity — and with a bit of Irish luck — he might well have gone all the way.

In several respects, this book is more about John than it is about Caroline. His life is complete. For better or worse, his tragic (and untimely) end allows us to examine him in a fuller, more definitive vein. Many of his friends and acquaintances were willing to speak on the record for the first time. Caroline's life continues to evolve. In this regard, she remains very much a work in progress. While generally cooperative, her friends and associates were less forthcoming and more protective. Approaching the age of fifty, she is still an open book, a volume with an ending yet to be written. What emerges is a portrait of two siblings, a brother and sister — one perspective drawn in full color, the other limned in shades of black and white. This, then, is their story.