Queen of the Desert, Shaper of Nations

She has been called the female Lawrence of Arabia, which, while not inaccurate, fails to give Gertrude Bell her due. She was at one time the most powerful woman in the British Empire: a nation builder, the driving force behind the creation of modern-day Iraq. Born into privilege in 1868, Bell turned her back on Victorian society, choosing to read history at Oxford and going on to become an archaeologist, spy, Arabist, linguist, author, poet, photographer, and mountaineer. She traveled the globe several times, but her passion was the desert—her vast knowledge of the region made her indispensable to the British government during World War I. As an army major on the front lines in Mesopotamia, she supported the creation of an autonomous Arab nation for Iraq, promoting and manipulating the election of King Faisal to the throne and helping to draw the borders of the fledgling state.—From publisher description.A biography of Gertrude Bell describes how she transcended the restrictions of her gender, class, and era to become a renowned world traveler, archaeologist, spy, Arabist, linguist, and author, and played a key role in the history of the Middle East.

Further Under the Radar: More Books Not to Miss

August 13, 2007 • In May, Seattle librarian Nancy Pearl pored through her shelves and pulled down several books that she said are read by a few but deserve wider attention. Well, there are more where they came from. Pearl is back with another armload of what she calls "under-the-radar" books.

Further Under the Radar: More Books Not to Miss

July 24, 2007 • Nancy Pearl recommends Georgina Howell's riveting biography of Gertrude Bell to biography fans, history buffs, or any reader with an interest in the deep background of events playing out in the Middle East today. 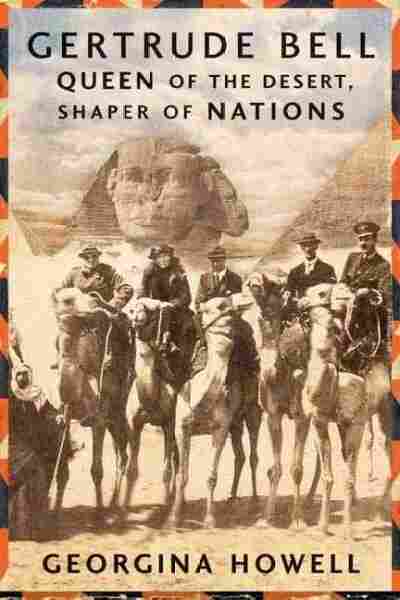