Barely escaping with his life when he receives a warning note telling him to flee an Internet café that subsequently explodes, San Francisco writer Nat Idle recognizes the note's handwriting as belonging to his believed-dead girlfriend, a realization that enmeshes him in a web of manipulation and conspiracy. 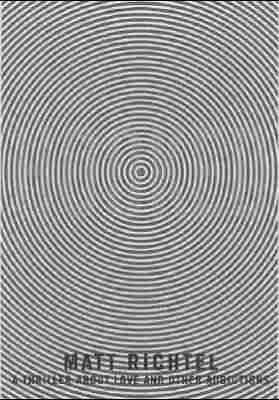 I 'm guessing that the moment that your life begins to unravel is often unceremonious-heralded by a whimper. The bang should have told me something.

The extra foam sliding down the side of the mocha. A couple arguing over whether to put the "Mighty OJ" juicer on their bridal registry. The rottweiler tied outside the café, standing on hind legs, paws pressed urgently against the window.

When she walked by, I was reading a languid description of a Boston river, somewhat guiltily speeding through the imagery to get back to the book's action. I wouldn't have noticed her at all had she not put a small, folded square of paper on the corner of my table. I registered graceful hands, and a ring on the index finger. Then I focused on the piece of paper. Was I being picked up?

When I looked up again, she was nearly out the screen door, purposeful, and not stopping to look back. I dog-eared a page in my book, picked up the folded note, and followed her.

I scanned the street. The young transplants who call San Francisco's Marina District home meandered with designer sunglasses and designer baby strollers, enjoying a fogless July afternoon. Through the crowd, I could see she was halfway into a red Saab parked in front of the Pita Parlor.

Something kept me from calling out. I figured I'd wave her down, but she was in the car and pulling away before I could get close enough to yell without making a scene. I looked at the textured beige stationery in my palm. I unfolded the corners, and saw words like a bullhorn:

Smoke. Car alarms. Glass, ashes, a cloud of dust. A sound inside my head like a hangover delivered via freight train. I don't think I ever lost consciousness. The blast took me three feet through the air, dropped me on the pavement, but seemed to leave me intact.

I've seen footage of war zones, where the world seems to be coming undone. This was nothing like that-just a single moment of extraordinary violence, followed by haze. Like a bloody version of the time my father slammed a stainless steel pot on the kitchen floor to get my brother's attention.

The front window of the café was blown out, and a side wall was ripped, though not torn down, exposing metal and concrete innards. A couple wandered out from the screen door; he held an arm limply at his side, her bloody legs churned between step and stumble. The owner of the rottweiler checked his pet for wounds.

These days, you imagine the first thought at such a moment would be of terrorism.

My first thought was of Annie.

She was rarely far from my mind, even four years after the accident that took her life at the age of twenty-eight. Mostly, I'd thought of her at moments of transition-when I got up, climbed into bed, or on a long drive between interviews. It said as much about me as us; it was in those moments, the quiet instances when life lacked structure, that I most needed a place to focus.

I wouldn't defend my relationship with Annie as perfect, but it defined love for me, and endured. She was always chewing strong breath mints, causing our kisses to taste spicy, and I got sad when I smelled cinnamon. Sometimes at night, I told an imaginary Annie stories aloud and tried to guess at which point she would have sleepily asked me to wrap it up.

But it was more than longing that made me think of her as a thin layer of dust settled over me. It was the note I'd been handed. I'd know Annie's handwriting anywhere.

"Can you move your legs?"

The words came through my fog from a police officer, kneeling beside me. I waved my hand to say, "I'm fine." I started to stand, and he helped guide me up by the elbow.

"We need to get you out of this area."

As my awareness returned, so did the sounds and colors, and the chaos. Police and firefighters, the sound of radio chatter, helicopters. I was embedded in the evening news.

The officer led me toward an area apparently being set up for the wounded. Was I hurt worse than I thought?

I looked at him with confusion.

"Good book," he added. "But you really should invest in the hardback. It's a sign of a fully committed person."

I looked down and saw I still had the novel I'd been reading in the café. My white knuckles told me I'd been clutching it like a life preserver. The note. Where was it? I fished in my pockets, but came up empty. I turned around and headed back to where I'd been lifted off the ground.

"Hold on, pardner. We can't have you going back there. Too dangerous."

"Something. I lost something. Please."

"Well, you're not going back to get it now."

With a powerful hand on my shoulder, he turned me around, walked me down the block to a concrete patch cordoned off by yellow tape, and set me on the ground with the others.

The cop's name was Danny Weller, and he was a chatterer. He told me about growing up in Oakland, and learning to fish in waders in the Sacramento River with his father. His dad, he said, was a fierce wordsmith, the outer casing of a union man covering a dictionary. Danny stayed nearby-my personal caseworker.

He kept my state of mind numb, but his friendly rambling didn't slow the background din of questions. Who would do such a thing? Did someone try to save my life? Was that person connected to Annie?

And what happened to everyone else in the café? How many hurt? How many dead? Those questions I asked aloud.

"We have three fatalities and a couple people in critical," Danny said. "Not as miraculous as it first appeared."

"What do you mean?" I looked at a half dozen people sitting on the street around me, nursing various wounds. Each was attended by police and emergency medical personnel. The idea that anyone survived seemed miraculous.

"The explosion was confined to one area of the café-it's not as bad as we first thought," Danny said. "At this point, we don't know if it was intentional or an industrial accident."

"You mean it might not have been a bomb?"

"What makes you think it was a bomb?" Danny looked at me intently, with curiosity but not accusation.

I took him in for the first time. I noticed hair and gut; he had a lot of both. I figured him at around forty-five years old. Worn, blue-collar hands, no wedding ring, but that didn't mean anything anymore. He had soft, droopy eyes that reminded me somehow of the black and chocolate-brown-colored glass polar bear eyes from the taxidermist's office where I interned the summer before my senior year in college.

Before I could get out an answer to Danny's question, a paramedic knelt beside me.

"He seems okay," Danny said. "He was outside when it happened."

"Let's have a look," the paramedic said, tilting my chin up so I could look him in the eye. "I'm going to ask you some basic questions. Indulge me. What's your name?"

"Nat Idle," Danny the cop said. I'd told him my first name earlier, but not my last.

The paramedic and I turned our heads to look. Danny turned his eyes to the side, the way a bad poker player fails to mask emotion, and I can't say I was surprised.

A year earlier, when I was researching an article about the HIV epidemic faced by the city's immigrant prostitution rings, I'd come across a disturbing tip. Several officers assigned to crack down on the residential brothels were sampling the fare rather than bringing the violators to justice. One of the cops, upon learning he might have contracted HIV himself, beat a twenty-year-old Malaysian prostitute with the battle end of a flashlight. The cop-Timothy Aravelo-and two colleagues were convicted.

Publicly, a number of police officers lauded my efforts. It was politically correct to do so. Privately, they said I had exaggerated the problems of one bad cop and his own domestic dispute and turned it into a crusade. I was viewed as a member of the corner-cutting sensationalist media.

"No obvious broken bones, a laceration on the forehead, scrapes to knees, elbows, and hands. Consistent with a forceful fall," the paramedic said.

"You did the right thing," Danny said.

The paramedic thought Danny was talking to him. I knew what he really meant.

"Thanks," I said. "Danny, look, something's not right. Something is very strange, and-"

Danny cut me off. "We're doing preliminary interviews with everyone who was in the area. We like to get impressions while they're fresh. You're our next contestant."

He pulled me up by the hand and bent in close. "Ordinarily, Lieutenant Aravelo would ask you a few gentle questions and then give you a pat on the back. But you might get slightly rougher treatment."