An American Woman's Struggle for the Soul of Islam

A journalist and unwed Muslim mother makes a pilgrimage to Mecca and reflects on the changing status of women in the Muslim religion and the impact of the modern world on the the practice of Islam. 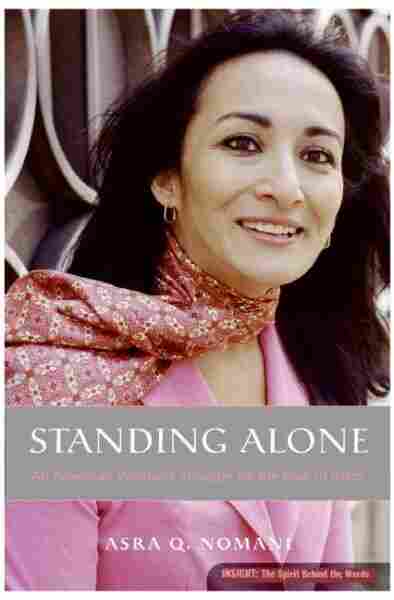 An American Woman's Struggle for the Soul of Islam

The Dalai Lama and the Seeds of A Pilgrimage

Allahabad, India — One hot winter afternoon, I was lost in India on the banks of the Ganges, a river holy to Hindus. I was meandering with an American Jewish friend on a road called Shankacharaya Marg. By chance, my path intersected with the spiritual leader of Tibetan Buddhists, the Dalai Lama, inside an ashram, and he set me off on my holy pilgrimage to the heart of Islam.

It was January 2001, and I was, quite fittingly, in the city of Allahabad, "the city of Allah," the name by which my Muslim identity taught me to beckon God. In Islam, Allah is our Arabic word for God. Born about a thousand miles westward along the Indian coastline in Bombay, India, I had evoked God with this name from my earliest days.

Although a Buddhist, the Dalai Lama, like millions of Hindu pilgrims, was in a dusty tent village erected outside Allahabad to make a holy pilgrimage to the waters there for the Maha Kumbha Mela, an auspicious Hindu festival. He joined the chanting of a circle of devotees dressed all in white. When they had finished, I followed the Dalai Lama to a press conference in a building surrounded by Indian commandos and his own bodyguards. Religious fundamentalism and fanaticism are wreaking havoc throughout the world, and in India they are redefining Hindu and Muslim communities that used to coexist peacefully. The demolition of a sixteenth-century mosque called Babri Masjid sparked one of India's worst outbreaks of nationwide religious rioting between Hindus and the Muslim minority; two thousand people, mostly Muslims, were killed. The cycle of hatred continued until that day when the general secretary of the sectarian World Hindu Council, Ashok Singhal, called Islam "an aggressive religion." At the press conference an Indian journalist raised his hand. "Are Muslims violent?" he asked.

My stomach tightened. This question reflected a stereotype of the people of my religion, but, alas, the national flag of Saudi Arabia, the country that considered itself the guardian of Islam's holiest cities — two historical sites called Mecca and Medina — includes the sword.

The Dalai Lama smiled. "We are all violent as religions," he said. After pausing, he added, "Even Buddhists."

"We must stop looking at the past," he continued, "and look at the present and the future."

I sat near the back, my usual spot at press conferences, and pondered his words. I had spent a lot of my life trying to understand my past. My mother and father, Sajida and Zafar Nomani, were children of India when it was still under British colonial rule. I was born in Bombay in 1965, after the country had won liberation. My parents left for America when I was two so my father could earn his PhD at Rutgers University in New Brunswick, New Jersey. My brother, Mustafa, my only sibling, and I stayed with my father's parents until we boarded a TWA jet in 1969 to JFK Airport in New York to be reunited with our parents. I became a journalist, landing my first job at the age of twenty-three with the Wall Street Journal. Despite my apparent success, I had difficulty expressing my voice. I wanted to raise my hand, but even though I had been a successful staff reporter for one of the most powerful newspapers in the world for over a decade, I could barely muster the courage to ask questions at press conferences. To justify my fears, I accepted the rationale passed on to me once by a senior journalist at the Wall Street Journal: "Don't ask any questions at press conferences," she had told me over the phone as I reported from the scene of a United Airlines plane crash. "That way, nobody will know what you're thinking."

Inviting and beaming, the Dalai Lama triggered something. All of a sudden, I wanted to let others know what I was thinking. I realized I had a responsibility to speak up. As long as I called myself a Muslim, I had to try to bridge the schism between my religion and others. I tentatively raised my hand. To my surprise, the Dalai Lama gestured eagerly at me. I began to speak my thoughts, marking a turning point in my life as I did so.

"Through personal meditation we can transcend ego and power in our own lives," I said. "What is it that our leaders can do to transcend the issues of power that make them turn the people of different religions against each other?"

I nodded my head in understanding. I, a daughter of Islam, was in the midst of the Hindu pilgrimage. I had grown up with a mocking understanding of the deities to which Hindus bow their heads, but sitting in a retreat colony amid simple devotees like an elderly Indian Hindu woman named Mrs. Jain, I understood that the spiritual intention of a polytheist is no different from that of a monotheist who prays in a synagogue, church, or mosque.

Just months earlier, I had climbed into the Himalayas at India's border with China and joined about twenty thousand Buddhists in a pilgrimage led by the Dalai Lama. On the last day I had tried to resuscitate an elderly Nepali Sherpa who had gotten caught in a stampede by pilgrims rushing to witness a holy religious sand creation called a mandala. He literally died resting in my hands, and I knew at that moment the universal phenomenon of faith that defines all religions. I had just spent two years speaking to the scholars of the faiths and reading their texts. I had read the teachings of the Buddha. I had read the Bible. I had sat at the feet of a pandit, a Hindu scholar who comes from the upper Brahmin caste of Hinduism. As a woman, I was trying to grasp the role of women in the faiths. I learned that sacred goddesses were integral to early civilizations, such as the Indus civilization from which India sprang ...