The best-selling author of The Hobbit and the Lord of the Rings trilogy comes an action-packed fantasy adventure saga, set in the early days of MIddle-earth, in which humans and elves, dwarves and dragons, orcs and dark sorcerers clash in an epic battle between good and evil. 250,000 first printing.

NPR stories about The Children of Hurin

June 4, 2007 • As kids we preferred indoor recess to the playground hullabaloo. As adults we're film dorks, comic book geeks and indie-music nerds. We do not, as a general rule, jet-ski. This is what we'll be reading as we try to avoid the sun.

June 4, 2007 • Glen Weldon recommends the newly published Tolkien book, edited by Tolkien's son, Christopher. Set in the Elder Days of Middle Earth, the prequel is based on stories that appear in Unfinished Tales and reads, Weldon says, like classic Tolkien.

Excerpt: The Children Of Hurin 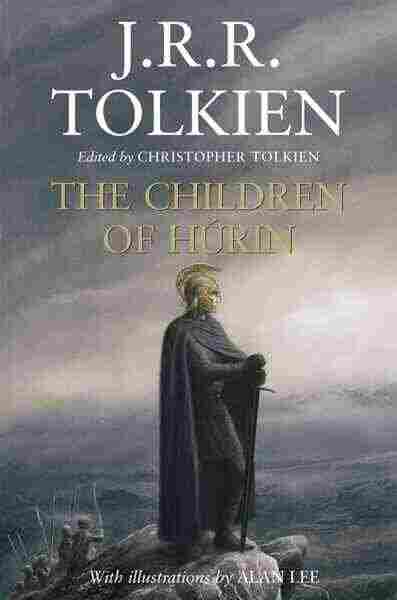 Hador Goldenhead was a lord of the Edain and wellbeloved by the Eldar. He dwelt while his days lasted under the lordship of Fingolfin, who gave to him wide lands in that region of Hithlum which was called Dor-lómin. His daughter Glóredhel wedded Haldir son of Halmir, lord of the Men of Brethil; and at the same feast his son Galdor the Tall wedded Hareth, the daughter of Halmir.

Galdor and Hareth had two sons, Húrin and Huor. Húrin was by three years the elder, but he was shorter in stature than other men of his kin; in this he took after his mother’s people, but in all else he was like Hador, his grandfather, strong in body and fiery of mood. But the fire in him burned steadily, and he had great endurance of will. Of all Men of the North he knew most of the counsels of the Noldor. Huor his brother was tall, the tallest of all the Edain save his own son Tuor only, and a swift runner; but if the race were long and hard Húrin would be the first home, for he ran as strongly at the end of the course as at the beginning. There was great love between the brothers, and they were seldom apart in their youth.

Húrin wedded Morwen, the daughter of Baragund son of Bregolas of the House of Bëor; and she was thus of close kin to Beren One-hand. Morwen was dark-haired and tall, and for the light of her glance and the beauty of her face men called her Eledhwen, the elven-fair; but she was somewhat stern of mood and proud. The sorrows of the House of Bëor saddened her heart; for she came as an exile to Dorlómin from Dorthonion after the ruin of the Bragollach.

Túrin was the name of the eldest child of Húrin and Morwen, and he was born in that year in which Beren came to Doriath and found Lúthien Tinúviel, Thingol’s daughter. Morwen bore a daughter also to Húrin, and she was named Urwen; but she was called Lalaith, which is Laughter, by all that knew her in her short life.

Huor wedded Rían, the cousin of Morwen; she was the daughter of Belegund son of Bregolas. By hard fate was she born into such days, for she was gentle of heart and loved neither hunting nor war. Her love was given to trees and to the flowers of the wild, and she was a singer and a maker of songs. Two months only had she been wedded to Huor when he went with his brother to the Nirnaeth Arnoediad, and she never saw him again.

But now the tale returns to Húrin and Huor in the days of their youth. It is said that for a while the sons of Galdor dwelt in Brethil as foster-sons of Haldir their uncle, after the custom of Northern men in those days. They often went to battle with the Men of Brethil against the Orcs, who now harried the northern borders of their land; for Húrin, though only seventeen years of age, was strong, and Huor the younger was already as tall as most full-grown men of that people.

On a time Húrin and Huor went with a company of scouts, but they were ambushed by the Orcs and scattered, and the brothers were pursued to the ford of Brithiach. There they would have been taken or slain but for the power of Ulmo that was still strong in the waters of Sirion; and it is said that a mist arose from the river and hid them from their enemies, and they escaped over the Brithiach into Dimbar. There they wandered in great hardship among the hills beneath the sheer walls of the Crissaegrim, until they were bewildered in the deceits of that land and knew not the way to go on or to return. There Thorondor espied them, and he sent two of his Eagles to their aid; and the Eagles bore them up and brought them beyond the Encircling Mountains to the secret vale of Tumladen and the hidden city of Gondolin, which no Man had yet seen.

There Turgon the King received them well, when he learned of their kin; for Hador was an Elf-friend, and Ulmo, moreover, had counselled Turgon to deal kindly with the sons of that House, from whom help should come to him at need. Húrin and Huor dwelt as guests in the King’s house for well nigh a year; and it is said that in this time Húrin, whose mind was swift and eager, gained much lore of the Elves, and learned also something of the counsels and purposes of the King. For Turgon took great liking for the sons of Galdor, and spoke much with them; and he wished indeed to keep them in Gondolin out of love, and not only for his law that no stranger, be he Elf or Man, who found the way to the secret kingdom or looked upon the city should ever depart again, until the King should open the leaguer, and the hidden people should come forth.