Traces the story of a Vietnam War secret agent who worked as a reporter for Time in Saigon while secretly smuggling invisible ink intelligence messages out to the jungle.

The Story of Vietnam's 'Perfect Spy'

April 28, 2007 • Larry Berman's new book, Perfect Spy, tells the true story of reporter Pham Xuan An. He was a Time magazine reporter who also worked as a secret agent for the Communist Party in Vietnam during the Vietnam War.

The Story of Vietnam's 'Perfect Spy' 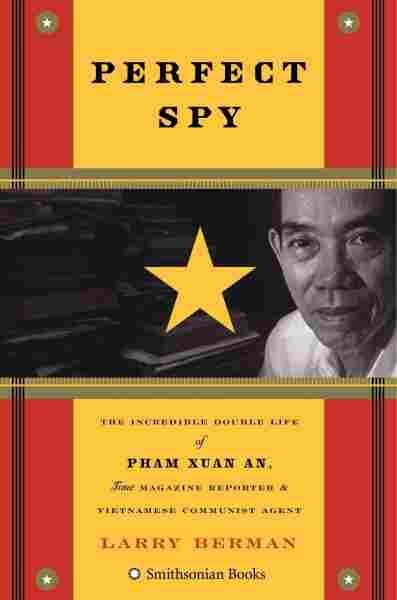 For Pham Xuan An—who taught me about Vietnam and the true meaning of friendship. To you, the bravest man I have ever met, I owe a debt that can never be repaid. Hoa Binh.

The ninety-minute flight from Singapore to Saigon must have seemed like an eternity for young Diane Anson. The previous day she had received official notification that her husband, Time magazine correspondent Robert Sam Anson, was missing somewhere in Cambodia. The official "date of loss" was August 3, 1970."1 No other information was forthcoming. Bob could already be dead and his body never to be recovered, as was the status for Time's freelance photo journalist Sean Flynn and Dana Stone, working on assignment for CBS, when both disappeared in early April just outside of Phnom Penh.2

Cambodia was becoming known as the graveyard of journalists. In September alone, twenty-five journalists would lose their lives in Vietnam's neighboring country, among them several American and international reporters and crew members near the small village of Takeo, an hour's drive from Phnom Penh. Looking at her young daughter and infant son on the seat beside her, Diane refused to think that their father's name had been added to the list of those dead.

Diane Anson hated America's war in Vietnam. She and her husband had met at an antiwar rally on the campus of Notre Dame University. "Vietnam was the reason we'd met," wrote Anson. "I'd seen her on a picket line at a campus demonstration protesting Father Hesburgh's annual blessing of the ROTC. Diane was one of the few girls who had shown up and the angriest of the dozen or so of us who were there. The passion on her face made her, I thought, quite attractive."3 Anson had been carrying a sign, war is good business, invest your son. A week later they eloped and were married in Las Vegas.

All of that seemed so long ago as the plane set down at Saigon's Tan Son Nhut Airport. Diane went directly to Time-Life bureau headquarters located in the Continental Hotel. Cradling her fifteen-month-old son, Sam, in one arm and holding the hand of her two-and-a-half-year-old daughter, Christian, she went from desk to desk, pleading for information from reporters, who had no news at all. Bob's colleagues at the bureau tried to say the right thing, but everyone felt helpless, sensing he was gone forever. She now feared the worst for her twenty-five-year-old husband, the youngest correspondent on Time's staff.

Diane was sobbing uncontrollably by the time she reached the office of her husband's good friend, Vietnamese reporter Pham Xuan An, who could not take his eyes off the two young children. An's thoughts flashed to a day weeks earlier when Bob Anson had asked to meet at Givral in order to read over a letter of resignation he planned on submitting to Time's bureau chief, Marsh Clark, known throughout Saigon for his enthusiasm for the war. Clark's father had been a United States senator; his grandfather Champ Clark had served as Speaker of the House. Anson viewed Clark as "perhaps the most American man I had ever met."4

Bob Anson thought things were going to work out so much differently when he accepted the assignment to Vietnam. He had the label of "Time Inc. comer," and like most young correspondents arriving in Vietnam, this was his opportunity to establish his reputation as David Halberstam, Malcolm Browne, and Neil Sheehan had done in the early 1960s, when the war was small. But after just a few months in-country, Anson could not get his stories into the magazine, while the two senior resident Saigon correspondents, Clark and Burt Pines, seemed to have little trouble getting their material approved in New York by Henry Grunwald, Time's editor.

In the aftermath of Tet, Johnson faced a request for an additional 206,000 troops. Before committing himself, Johnson appointed a task force under the direction of the new secretary of defense, Clark Clifford. "Give me the lesser of evils," Johnson instructed Clifford. When Johnson later convened a meeting of his foreign policy advisers to discuss the report, Clifford took the lead in trying to persuade the president that his current policy would not accomplish the purpose of sustaining a viable South Vietnam that could live in peace. "We seem to have a sinkhole. We put in more—they match it. I see more and more fighting with more and more casualties on the U.S. side and no end in sight to the action."6

Addressing the nation on March 31, 1968, Johnson spoke of achieving peace through negotiations and called for a partial bombing halt. He asked Ho Chi Minh to join him in working toward a peace through negotiations. The United States was "ready to send its representatives to any forum, at any time, to discuss the means of bringing this ugly war to an end." Then, in a dramatic gesture toward national unity, the president renounced his chance for reelection: "I shall not seek and I will not accept the nomination of my party for another term as your president."