Accessibility links
Bury the Chains NPR coverage of Bury the Chains: Prophets And Rebels in the Fight to Free an Empire's Slaves by Adam Hochschild. News, author interviews, critics' picks and more.

Prophets And Rebels in the Fight to Free an Empire's Slaves

The author of King Leopold's Ghost offers a stirring account of the first great human rights crusade, which originated in England in the 1780s and resulted in the freeing of hundreds of thousands of slaves around the world. Reprint.

NPR stories about Bury the Chains

Great Britain and the End of the Slave Trade

March 26, 2007 • Two hundred years ago, Great Britain outlawed the African slave trade throughout its massive empire. Events are being held all month to mark the bicentennial. Adam Hochschild, author of Bury the Chains: Prophets and Rebels in the Fight to Free an Empire's Slaves, offers his insights.

Great Britain and the End of the Slave Trade

Ending Slavery in Britain: a Shifting View of History

February 17, 2007 • The slave trade was abolished in the British colonies 200 years ago this year. The film Amazing Grace commemorates the event. Writer Adam Hochschild discusses the birth of the abolitionist movement in Great Britain.

Ending Slavery in Britain: a Shifting View of History

July 13, 2005 • Author Adam Hochschild works with a clear cast of villains and heroes in this history of the abolitionist movement in Britain.

January 28, 2005 • Certain events in history people just know — in Great Britain, its well-known that the Magna Carta was signed in 1215. In America, Abraham Lincoln signed the emancipation proclamation in 1863, ending slavery. But few know that seminal event came decades after Britain had already cut its ties to the slave trade. NPR's Tony Cox talks with Adam Hochschild, author of Bury the Chains: Prophets and Rebels in the Fight to Free an Empire's Slaves, about that moment in British history and the impact it had on the emancipation movement in America. 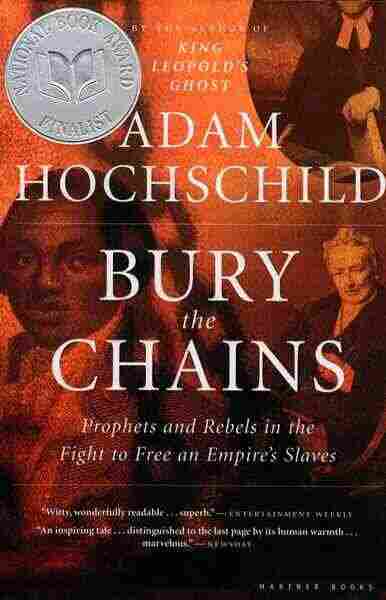