In a tribute to his late wife, Alice, and their relationship, the author celebrates the life of a remarkable woman who played a vital role in his life.

NPR stories about About Alice

'About Alice' Revives a Familiar Character and Life

January 2, 2007 • For readers of author Calvin Trillin's work in The New Yorker, and books like Alice Let's Eat, his late wife Alice is a familiar character. Alice Trillin died in 2001. Calvin Trillin has a new book out, and this time it's all about Alice.

'About Alice' Revives a Familiar Character and Life 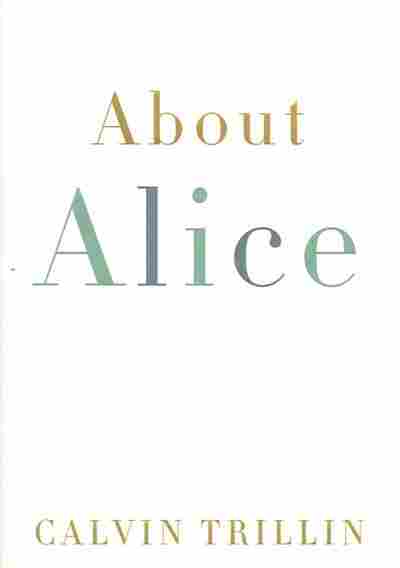 Now that it’s fashionable to reveal intimate details of married life, I can state publicly that my wife, Alice, has a weird predilection for limiting our family to three meals a day.
—Alice, Let’s Eat

There was one condolence letter that made me laugh. Naturally, a lot of them made me cry. Some of those, oddly enough, were from people who had never met Alice. They had become familiar with her as a character in books and magazine pieces I’d written—light books and magazine pieces about traveling or eating or family life. Virtually all those letters began in the same way, with a phrase like “Even though I never really knew Alice. . . .” I was certain of what Alice’s response would have been. “They’re right about that,” she would have said. “They never knew me.”

I once wrote that tales about writers’ families tend to have a relation to real life that can be expressed in terms of standard network-television fare, on a spectrum that goes from sitcoms to Lifetime movies, and that mine were sitcoms. Now that I think of it, maybe they were more like the Saturday-morning cartoons. Alice played the role of the mom—the voice of reason, the sensible person who kept everything on an even keel despite the antics of her marginally goofy husband. Years ago, at a conference of English teachers where we were both speakers, the professor who did the introductions said something like “Alice and Bud are like Burns and Allen, except she’s George and he’s Gracie.” Yes, of course, the role she played in my stories was based on the role she played in our family—our daughters and I sometimes called her T.M., which stood for The Mother—but she didn’t play it in the broad strokes of a sitcom mom. Also, she was never completely comfortable as the person who takes responsibility for keeping things on an even keel; that person inevitably misses out on some of the fun. (“I feel the need to break out of the role of straight person,” she said in a Nation review of Alice, Let’s Eat that cautioned readers against abandoning long-planned European vacations in order to scour the country for “the perfect roast polecat haunch.”) The sitcom presentation sometimes made her sound stern as well as wise, and she was anything but stern. She had something close to a child’s sense of wonderment. She was the only adult I ever knew who might respond to encountering a deer on a forest path by saying, “Wowsers!”

Once, during a question-and-answer period that followed a speech I had given at the Herbst Theatre, in San Francisco, someone asked how Alice felt about the way she was portrayed in my books and articles. I said that she thought the portrayal made her sound like what she called “a dietitian in sensible shoes.” Then the same questioner asked if Alice was in the audience, and, when I said she was, he asked if she’d mind standing up. Alice stood. As usual, she looked smashing. She didn’t say anything. She just leaned over and took off one of her shoes—shoes that looked like they cost about the amount of money required in some places to tide a family of four over for a year or two—and, smiling, waved it in the air. She wasn’t a dietitian in sensible shoes, and she would have been right in saying that the people whose exposure to her had been through my stories didn’t know her. Still, in the weeks after she died I was touched by their letters. They may not have known her, but they knew how I felt about her. It surprised me that they had managed to divine that from reading stories that were essentially sitcoms. Even after I’d taken in most episodes of The Honeymooners, after all, it had never occurred to me to ponder the feelings Ralph Kramden must have had for Alice Kramden. Yet I got a lot of letters like the one from a young woman in New York who wrote that she sometimes looked at her boyfriend and thought, “But will he love me like Calvin loves Alice?”

The letter that made me laugh was from Roger Wilkins. By the time of Alice’s death, Roger occupied a chair of history and American culture at George Mason University, but in the seventies he had been on the editorial board of The New York Times. In that period, I’d sometimes join the regular lunches he had with the late Richard Harris—a remarkable investigative reporter for The New Yorker who had the aggressively unsentimental worldview often found among people in his line of work. Alice and Roger became acquainted when she accompanied me to a conference I was covering in New Orleans. In off hours, when we’d gather around the hotel swimming pool, she and Roger sometimes had long, serious conversations. It wasn’t unusual for me to find Alice having long, serious conversations with people I’d been bantering with for years. She got engaged with people’s lives. If she said to a friend’s son or daughter, “How’s school?” she wasn’t just being polite; she wanted details, and she wasn’t shy about offering advice. If people we were visiting mentioned that they’d been thinking about renovating their house, Alice was right on the case, room by room. In such architectural conversations, she could get bossy, and sometimes I felt obliged to warn our hosts that one of her characteristic gestures—the gesture she used when she was saying something like “You have to open all of this up”—was remarkably similar to the gesture you’d use to toss money into the wind.

She wasn’t among those whose response to tragedy or loss was limited to offering the conventional expressions of sympathy before moving on with their own lives. In 1988, an old friend phoned us to say that his grown daughter, a young woman we’d known since she was a child, had been raped by an intruder. This was a dozen years after Alice had been operated on for lung cancer, and among the things that she wrote to our friend’s daughter was that having lung cancer and being raped were comparable only in that both were what she called “realizations of our worst nightmares.” She said that there was some relief at surviving what you might have thought was not survivable. “No one would ever choose to have cancer or to be raped,” she wrote. “But you don’t get to choose, and it is possible at least to understand what Ernest Becker meant when he said something like ‘To live fully is to live with an awareness of the rumble of terror that underlies everything,’ or to begin to understand the line in ‘King Lear’—‘Ripeness is all.’ You might have chosen to become ripe less dramatically or dangerously, but you can still savor ripeness.” Alice had a large envelope in which she kept copies of letters like that—along with copies of some letters she had sent the girls and copies of poems we had written for her on birthdays and documents like the announcement of a prize for community service that Abigail, our older daughter, had been awarded at Yale and an astonishing letter of recommendation that a professor had provided for Sarah, our younger daughter, when she applied for her first job after getting her M.S.W. On the envelope was written “Important Stuff.”

In his condolence letter, Roger talked partly about that engaged quality in Alice, but he also got around to her appearance. “She was nice and she was concerned and she was smart and when she talked to you, she was thinking about you, and, also, she was so very pretty,” he wrote in September of 2001, a few days after Alice died. “I always thought of you as a wonderful guy, but still I couldn’t figure out how you managed to get Alice. Harris once told me it was just dumb luck.” When I read that, I burst out laughing. Harris had nailed it again.