A collection of short works includes the tales of a group of friends whose efforts to acquire a luxurious Manhattan sublet are halted by the September 11 attacks, a teacher's Roman holiday in the wake of her husband's life-threatening illness, and a brother's painful love for his schizophrenic sister.

NPR stories about Twilight of the Superheroes

Stories from the 'Twilight of the Superheroes'

February 21, 2006 • Twilight of the Superheroes: Stories is a collection of short stories by Deborah Eisenberg that describe the attack on the World Trade Center and its aftermath.

Stories from the 'Twilight of the Superheroes'

Excerpt: Twilight Of The Superheroes 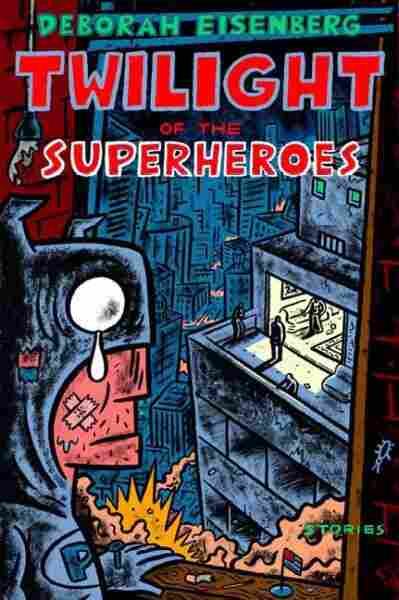 Nathaniel can make them out dimly in the shadows. When it’s time, he’ll tell them about the miracle.

It was the dawn of the new millennium, he’ll say. I was living in the Midwest back then, but my friends from college persuaded me to come to New York.

I arrived a few days ahead of the amazing occasion, and all over the city there was an atmosphere of feverish anticipation. The year two thousand! The new millennium! Some people thought it was sure to be the end of the world. Others thought we were at the threshold of something completely new and better. The tabloids carried wild predictions from celebrity clairvoyants, and even people who scoffed and said that the date was an arbitrary and meaningless one were secretly agitated. In short, we were suddenly aware of ourselves standing there, staring at the future blindfolded.

I suppose, looking back on it, that all the commotion seems comical and ridiculous. And perhaps you’re thinking that we churned it up to entertain ourselves because we were bored or because our lives felt too easy—trivial and mundane. But consider: ceremonial occasions, even purely personal ones like birthdays or anniversaries, remind us that the world is full of terrifying surprises and no one knows what even the very next second will bring!

Well, shortly before the momentous day, a strange news item appeared: experts were saying that a little mistake had been made—just one tiny mistake, a little detail in the way computers everywhere had been programmed. But the consequences of this detail, the experts said, were potentially disastrous; tiny as it was, the detail might affect everybody, and in a very big way!

You see, if history has anything to teach us, it’s that—despite all our efforts, despite our best (or worst) intentions, despite our touchingly indestructible faith in our own foresight—we poor humans cannot actually think ahead; there are just too many variables. And so, when it comes down to it, it always turns out that no one is in charge of the things that really matter.

It must be hard for you to imagine—it’s even hard for me to remember—but people hadn’t been using computers for very long. As far as I know, my mother (your great-grandmother) never even touched one! And no one had thought to inform the computers that one day the universe would pass from the years of the one thousands into the years of the two thousands. So the machines, as these experts suddenly realized, were not equipped to understand that at the conclusion of 1999 time would not start over from 1900, time would keep going.

People all over America—all over the world!—began to speak of "a crisis of major proportions" (which was a phrase we used to use back then). Because, all the routine operations that we’d so blithely delegated to computers, the operations we all took for granted and depended on—how would they proceed?

Might one be fatally trapped in an elevator? Would we have to huddle together for warmth and scrabble frantically through our pockets for a pack of fancy restaurant matches so we could set our stacks of old New York Reviews ablaze? Would all the food rot in heaps out there on the highways, leaving us to pounce on fat old street rats and grill them over the fames? What was going to happen to our bank accounts—would they vaporize? And what about air traffic control? On December 31 when the second hand moved from 11:59:59 to midnight, would all the airplanes in the sky collide?

Everyone was thinking of more and more alarming possibilities. Some people committed their last night on this earth to partying, and others rushed around buying freeze-dried provisions and cases of water and flashlights and radios and heavy blankets in the event that the disastrous problem might somehow eventually be solved.

And then, as the clock ticked its way through the enormous gatherings in celebration of the era that was due to begin in a matter of hours, then minutes, then seconds, we waited to learn the terrible consequences of the tiny oversight. Khartoum, Budapest, Paris—we watched on television, our hearts fluttering, as midnight, first just a tiny speck in the east, unfurled gently, darkening the sky and moving toward us over the globe.

But the amazing thing, Nathaniel will tell his grandchildren, was that nothing happened! We held our breath . . . And there was nothing! It was a miracle. Over the face of the earth, from east to west and back again, nothing catastrophic happened at all.

Oh, well. Frankly, by the time he or any of his friends get around to producing a grandchild (or even a child, come to think of it) they might well have to explain what computers had been. And freeze-dried food. And celebrity clairvoyants and airplanes and New York and America and even cities, and heaven only knows what.

Lucien watches absently as his assistant, Sharmila, prepares to close up the gallery for the evening; something keeps tugging at his attention . . .

What’s that famous, revolting, sadistic experiment? Something like, you drop the frog into a pot of boiling water and it jumps out. But if you drop it into a pot of cold water and slowly bring the water to a boil, the frog stays put and gets boiled.

Itami Systems is reopening its New York branch, was what Matsumoto called to tell Lucien; he’ll be returning to the city soon. Lucien pictured his old friend’s mournful, ironic expression as he added, "They tell me they’re ‘exploring additional avenues of development now that New York is back to normal.’

"I’m here," Lucien said. "Well, it’ll be good to see you again. But steel yourself for a wait at customs; they’re fingerprinting."

Mr. Matsumoto’s loft is a jungle of big rubbery trees, under which crouch sleek items of chrome and leather. Spindly electronic devices blink or warble amid the foliage, and here and there one comes upon an immense flat-screen TV—the first of their kind that Nathaniel ever handled.

Nathaniel and his friends have been subletting—thanks, obviously, to Uncle Lucien—for a ridiculously minimal rent and on Mr. Matsumoto’s highly tolerable conditions of cat-sitting and general upkeep. Nathaniel and Lyle and Amity and Madison each have something like an actual bedroom, and there are three whole bathrooms, one equipped with a Jacuzzi. The kitchen, stone and steel, has cupboards bigger than most of their friends’ apartments. Art—important, soon to be important, or very recently important, most of which was acquired from Uncle Lucien—hangs on the walls.

And the terrace! One has only to open the magic sliding panel to find oneself halfway to heaven. On the evening, over three years ago, when Uncle Lucien completed the arrangements for Nathaniel to sublet and showed him the place, Nathaniel stepped out onto the terrace and tears shot right up into his eyes.

There was that unearthly palace, the Chrysler Building! There was the Empire State Building, like a brilliant violet hologram! There were the vast, twinkling prairies of Brooklyn and New Jersey! And best of all, Nathaniel could make out the Statue of Liberty holding her torch aloft, as she had held it for each of his parents when they arrived as children from across the ocean—terrified, filthy and hungry—to safety.