May 20, 2006 • Toni Morrison's 1987 work Beloved is the best American novel of the past quarter-century. That's according to a vote of writers and critics who were invited to weigh in with their choices by The New York Times Book Review. 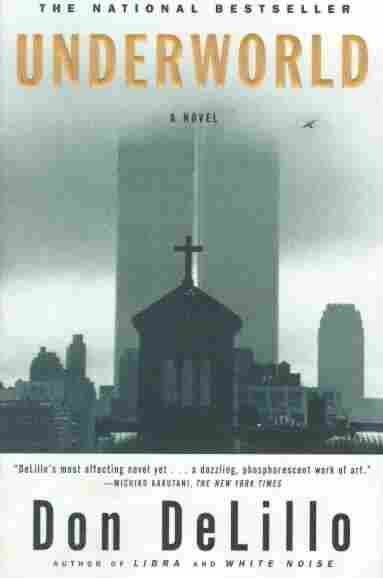 From Part 5, Better Things For Better Living Through Chemistry: Selected Fragments Public and Private in the 1950s and 1960s, Chapter 3, January 11, 1955

We were about thirty miles below the Canadian border in a rambling encampment that was mostly barracks and other frame structures, a harking back, maybe, to the missionary roots of the order — except the natives, in this case, were us. Poor city kids who showed promise; some frail-bodied types with photographic memories and a certain uncleanness about them; those who were bright but unstable; those who could not adjust; the ones whose adjustment was ordained by the state; a cluster of Latins from some Jesuit center in Venezuela, smart young men with a cosmopolitan style, freezing their weenies off; and a few farmboys from not so far away, shyer than borrowed suits.

"Sometimes I think the education we dispense is better suited to a fifty-year-old who feels he missed the point the first time around. Too many abstract ideas. Eternal verities left and right. You'd be better served looking at your shoe and naming the parts. You in particular, Shay, coming from the place you come from."

This seemed to animate him. He leaned across the desk and gazed, is the word, at my wet boots.

"Those are ugly things, aren't they?"

"Name the parts. Go ahead. We're not so chi chi here, we're not so intellectually chic that we can't test a student face-to-face."

"Laces. One to each shoe. Proceed."

I lifted one foot and turned it awkwardly.

I set my foot back down and stared at the boot, which seemed about as blank as a closed brown box.

"The rounded part at the front."

"You're so eloquent I may have to pause to regain my composure. You've named the lace. What's the flap under the lace?"

"I knew the name. I just didn't see the thing."

He made a show of draping himself across the desk, writhing slightly as if in the midst of some dire distress.

He tilted his chin in high rebuke, mostly theatrical, and withdrew his body from the surface of the desk, dropping his bottom into the swivel chair and looking at me again and then doing a decisive quarter turn and raising his right leg sufficiently so that the foot, the shoe, was posted upright at the edge of the desk.

"And we've identified the tongue and lace."

With his finger he traced a strip of leather that went across the top edge of the shoe and dipped down under the lace.

"The cuff. And this stiff section over the heel. That's the counter."

"And this piece amidships between the cuff and the strip above the sole. That's the quarter."

"And the strip above the sole. That's the welt. Say it, boy."

"How everyday things lie hidden. Because we don't know what they're called. What's the frontal area that covers the instep?"

"The vamp. The frontal area that covers the instep. I thought I wasn't supposed to memorize."

"Don't memorize ideas. And don't take us too seriously when we turn up our noses at rote learning. Rote helps build the man. You stick the lace through the what?"

"This I should know."

"Of course you know. The perforations at either side of, and above, the tongue."

"Maybe I'll let you live after all."

"Yes. And the metal sheath at each end of the lace."

He flicked the thing with his middle finger.

"This I don't know in a million years."

"Not in a million years."

"And the little metal ring that reinforces the rim of the eyelet through which the aglet passes. We're doing the physics of language, Shay."

"This is the grommet," he said.

"The grommet. Learn it, know it and love it."

"This is the final arcane knowledge. And when I take my shoe to the shoemaker and he places it on a form to make repairs — a block shaped like a foot. This is called a what?"

"My head is breaking apart."

"Everyday things represent the most overlooked knowledge. These names are vital to your progress. Quotidian things. If they weren't important, we wouldn't use such a gorgeous Latinate word. Say it," he said.

"An extraordinary word that suggests the depth and reach of the commonplace."

His white collar hung loose below his adam's apple and the skin at his throat was going slack and ropy and it seemed to be catching him unprepared, old age, coming late but fast.

I put on my jacket.

"I meant to bring along a book for you," he said.