A comprehensive collection of works written throughout the course of the National Book Award and two-time Pulitzer Prize-winning poet's more than sixty-year career includes "In Trackless Woods" and several new and previously unpublished pieces. Reprint.

May 26, 2006 • Here's a way to travel, without suffering the high prices of fuel these days: Read one of Alan Cheuse's summer reading book picks. One of them is bound to move you someplace beyond your beach chair.

May 26, 2006 • "A real treat for poetry lovers in summer — or any season," says book critic Alan Cheuse of this new trade paperback, recommended in his summer reading roundup for All Things Considered. 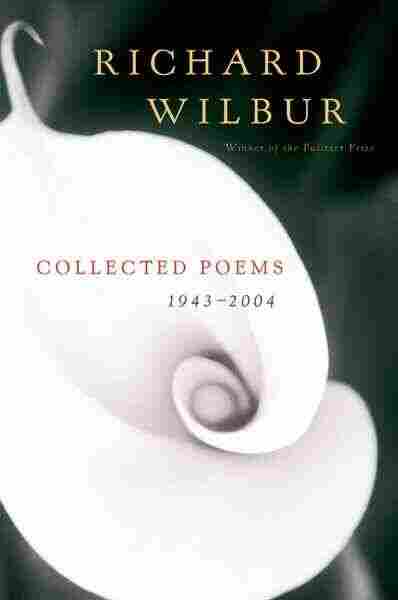 She is going back, these days, to the great stories That charmed her younger mind. A shaded light Shines on the nape half-shadowed by her curls, And a page turns now with a scuffing sound. Onward they come again, the orphans reaching For a first handhold in a stony world, The young provincials who at last look down On the city's maze, and will descend into it, The serious girl, once more, who would live nobly, The sly one who aspires to marry so, The young man bent on glory, and that other Who seeks a burden. Knowing as she does What will become of them in bloody field Or Tuscan garden, it may be that at times She sees their first and final selves at once, As a god might to whom all time is now. Or, having lived so much herself, perhaps She meets them this time with a wiser eye, Noting that Julien's calculating head Is from the first too severed from his heart. But the true wonder of it is that she, For all that she may know of consequences, Still turns enchanted to the next bright page Like some Natasha in the ballroom door- Caught in the flow of things wherever bound, The blind delight of being, ready still To enter life on life and see them through.

Which, however, grows Upon reflection to an Intricate pied rose,

Flushed with sun, that might, Set in some cathedral's wall, Paraphrase the light.

Now, at the least shake, The many colors jumble And abruptly make

The rose rearrange, Adding to form and splendor The release of change.

Rattle it afresh And see its coruscating Flinders quickly mesh,

Fashioning once more A fine sixfold gaudiness Never seen before.

Many prophets claim That Heaven's joys, though endless, Are not twice the same;

This kaleidoscope Can, in that connection, give Exercise in hope.

Mere minutes from Duval Street's goings-on, The midnight houses of this quiet block, With their long-lidded shutters, are withdrawn In sleep past bush and picket, bolt and lock,

Yet each fagade is raked by the strange glare Of halogen, in which fantastic day Veranda, turret, balustraded stair Glow like the settings of some noble play.

As if the isle were Prospero's, you seem To glimpse great summoned spirits as you pass. Cordelia tells her truth, and loan her dream, Becket prepares the sacrifice of Mass,

A dog-tired watchman in that mirador Waits for the flare that tells of Troy's defeat, And other lofty ghosts are heard, before You turn into a narrow, darker street.

There, where no glow or glare outshines the sky, The pitch-black houses loom on either hand Like hulks adrift in fog, as you go by. It comes to mind that they are built on sand,

And that there may be drama here as well, Where so much murk looks up at star on star: Though, to be sure, you cannot always tell Whether those lights are high or merely far.

Whatever he has done Against our law and peace of mind, Our mind's eye looks with pity of a kind At the scared, stumbling fellow on the run

Who hears a siren scream As through the thickets we conceive He ploughs with fending arms, and to deceive The snuffling dogs now flounders up a stream

Until he doubles back, Climbing at length a rocky rise To where he crumples and, exhausted, lies In the scorched brush beside a railroad track.

If then he hops a freight And clatteringly rides as far As the next county in a cattle-car, We feel our sense of him disintegrate

In rumors, warnings, claims That here or there he has appeared- Tall, short, fierce, furtive, with or without a beard. Still, in fidelity to childhood games

And outlaws of romance, We darkly cheer him, whether or not He robbed that store, or bank, or fired that shot, And wish him, guiltily, a sporting chance.

Ditching the stolen truck, He disappears into a vast Deep-wooded wilderness, and is at last Beyond the reach of law, and out of luck,

And we are one with him, Sharing with him that eldest dread Which, when it gathers in a sleeping head, Is a place mottled, ominous, and dim

Remembered from the day When we descended from the trees Into the shadow of our enemies, Not lords of nature yet, but naked prey.

Asides Though the seasons begun to speak Its long sentence of darkness, The upswept boughs of the larch Bristle with gold for a week,

And then there is only the willow To make bright interjection, Its drooping branches decked With thin leaves, curved and yellow,

Till winter, loosening these With a first flurry and bluster, Shall scatter across the snow-crust Their dropped parentheses.

Black-and-white Holsteins Crowd downfield at feeding-time, Mingling their blotches. It is like ice breaking up In a dark, swollen river.

In trackless woods, it puzzled me to find Four great rock maples seemingly aligned, As if they had been set out in a row Before some house a century ago, To edge the property and lend some shade. I looked to see if ancient wheels had made Old ruts to which the trees ran parallel, But there were none, so far as I could tell- There'd been no roadway. Nor could I find the square Depression of a cellar anywhere, And so I tramped on further, to survey Amazing patterns in a hornbeam spray Or spirals in a pine cone, under trees Not subject to our stiff geometries.

Like an axe-head sunk in a stump, His face is wedged into the pillow's dark, The nose and mouth scarcely breathing, The mind without a picture.

But now a window shade Floats inward, to admit the ashen moonlight, Hovers, and then in haste falls back To crash against the screen.

In a room like this, a harrowing Dream takes shape, although he can't yet tell Whether abductors keep him here Or foes without besiege him.

Afoot now in that dream, He moves through half-familiar shapes, through shapes Made vague as if by attic-dust Or oxides undersea,

Until a doorknob's glint Alerts him, and the opening door reveals Obsidian gloom from which emerge Eight shoe-tips in a row.

Shutting the door against That bodiless surveillance, he begins To waken, and his eyes to clear, Conforming room to room

And shaking off the dream For good, except that later on, in daylight, Walking down street or corridor Upon a clear-cut errand,

His mood will briefly yield To an odd notion like an undertow, A sense that he is mortally Beset, and in need of ransom.

Tree-leaves which, till the growing season's done, Change into wood the powers of the sun,

Take from that radiance only reds and blues. Green is a color that they cannot use,

And so their rustling myriads are seen To wear all summer an extraneous green,

A green with no apparent role, unless To be the symbol of a great largesse

Which has no end, though autumns may revoke That shade from yellowed ash and rusted oak.

Fringing the woods, the stone walls, and the lanes, Old thickets everywhere have come alive, Their new leaves reaching out in fans of five From tangles overarched by this year's canes.

They have their flowers too, it being June, And here or there in brambled dark-and-light Are small, five-petaled blooms of chalky white, As random-clustered and as loosely strewn

As the far stars, of which we now are told That ever faster do they bolt away, And that a night may come in which, some say, We shall have only blackness to behold.

I have no time for any change so great, But I shall see the August weather spur Berries to ripen where the flowers were- Dark berries, savage-sweet and worth the wait-

And there will come the moment to be quick And save some from the birds, and I shall need Two pails, old clothes in which to stain and bleed, And a grandchild to talk with while we pick.