The Quest for the Northwest Passage

Title
Across the Top of the World
Subtitle
The Quest for the Northwest Passage
Author
James P. Delgado

Recounts the search for a Northwest Passage linking the Atlantic and Pacific Oceans, and looks at the major expeditions, including Frobisher, Franklin and Amundsen.

NPR stories about Across the Top of the World

April 27, 2006 • European explorers spent centuries searching for a passage through the ice at the top of the world. The Northwest Passage, a shortcut to Asia Europe, proved elusive until about 100 years ago. These days, thanks to global warming and a receding ice cover, the voyage is far easier to complete.

Excerpt: Across The Top Of The World 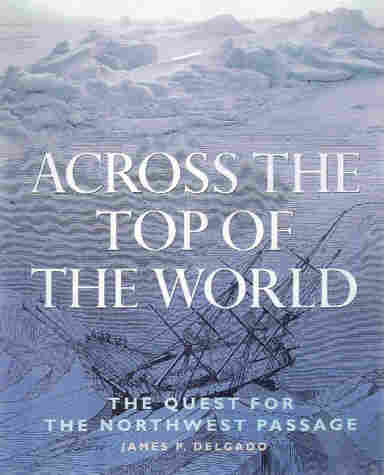 One of the greatest stories of explorationand discovery is the Europeanquest for a Northwest Passage—anoceanic shortcut from the Atlantic to thePacific across the top of North America. In the centuriesfollowing Columbus's encounter with theAmericas, the search for a route through the continent(as opposed to the long, arduous voyage byway of the tip of South America) engaged the attentionof Spain, Britain and other European powers.By the nineteenth century, the quest for the NorthwestPassage was a major initiative of the BritishAdmiralty, particularly since it appeared that thepassage would lie in British-claimed territory acrossthe more northerly part of the continent. Thesearch for the passage, at that time largely a matterof conjecture and legend, its eventual discovery,and the saga of human endeavour in the far north,are formative aspects of the history and culture ofwhat is now Canada.

After the first voyage of Martin Frobisher to theArctic in 1576, subsequent expeditions probed theregion and its shores, charting and mapping the landand interacting with its indigenous peoples. Theclimax of this great quest was the ill-fated expeditionof Sir John Franklin in 1845—48, when everyone of the 129-man expedition died. The search forFranklin and for clues to his fate resulted in thecharting of the Northwest Passage by 1859, but itwas not until the 1903—6 voyage of Roald Amundsenin the sloop Gjøa that the passage was conquered byship. The final acts in the drama of the NorthwestPassage were the two voyages of the Royal CanadianMounted Police schooner St. Roch, which in1940-42 became the second vessel to navigate thepassage, this time from west to east, and again in1944, when St. Roch became the first vessel to navigatethe more northerly route through MelvilleSound and Prince of Wales Strait.

The frozen north, with its long history ofexploration and settlement, the rugged conditionsin an environment where survival was tenuous, andthe occasional loss of ships and lives in its lands andwaters, captured the popular imagination andinterest. For people of the Victorian era, in particular,the Arctic voyages of the nineteenth centurywere compelling. The era of Arctic exploration,and the sacrifices it required—isolation, privation,starvation, even death—coincided with the rise ofthe Gothic tale. The accounts of the explorersthemselves, culminating in the seventeen contemporarynarratives of the search for the ill-fatedFranklin expedition, fed the public's taste. Indeed,the high drama and tragedy of the Franklin expeditionhas probably done more to popularize thequest for the Northwest Passage than any otherevent. Franklin's epitaph, fittingly enough, waspenned for his memorial at Westminster Abbey byhis nephew, Alfred, Lord Tennyson:

Not here: the white North has thy bones; and thou, Heroic Sailor-Soul, Art passing on thine happier voyage now Toward no earthly pole.

The Arctic and its grim appeal have served andcontinue to serve as muse. Mary Shelley, writing in1818, when Britain resumed its push for theNorthwest Passage, had Dr. Frankenstein chase his"modern Prometheus" into Arctic seas, whileGothic novelist Wilkie Collins penned The FrozenDeep about a lost Arctic explorer, drawing on thepublic's interest in the then still unravelling story ofthe Franklin expedition.

Artists, too, were drawn by the Arctic and thetales it held. Edwin Landseer, in Man Proposes, GodDisposes, and Frederick Church, in Iceberg, bothpaint broken masts on ice-strewn shores. CasparDavid Friedrich's Die Gescheiterte Hoffnung (The PolarSea) captures the seemingly impenetrable mass ofbroken, upthrust ice that had thwarted, and occasionallytrapped, Arctic explorers. In more moderntimes, Irish-Canadian artist Vincent Sheridan usedthe stark images of skulls and of the exhumedfrozen bodies of some of Franklin's men to create aseries of prints, A Journey With Franklin. In several ofhis prints, Sheridan shows, rising out of the skulls,images of ice-bound ships and desperate men, likelong-lost memories embedded within the bleachedand flaking bone. Canadian artist Ken Kirkby in hisgigantic Isumataq depicts the Arctic coast on a 46-metre-long,3-metre-high (152-foot-long, 10-foot-high)canvas. The scale of Kirkby's work captures,unlike many other paintings, the sheer magnitudeof the far north.

The powerful imagery of the Arctic has alsoinspired musicians. The folk song "Lord Franklin"tells that "In Baffin's bay, where the whale fish doblow, the fate of Franklin no man may know," whileCanadian songwriter Stan Rogers yearningly sings:

Ah, for just one time I would take the Northwest Passage, to find the hand of Franklin reaching for the Beaufort Sea. Tracing one warm line through a land so wide and savage and make a Northwest Passage to the sea.

In more recent times, songwriter and performerSting, in his song "Why Should I Cry for You?",evokes the timeless image of sailing under "Arcticfire" over silent seas, hauling on frozen ropes.

So many words, so many images.

My interest, my passion, lies in the marriage ofthe two. Ever fascinated by the weaving of words aswell as by the verbal texture of memory as it is setdown in song or on paper, I have pursued thecareer of a historian. But at the same time, I havebeen inexorably pulled by images, places and artifacts.Indeed, in also pursuing careers as an archaeologistand as a museum director, I have been drawnto the places and the things we make as humans.In seeking the past, I have tried to meld words withartifacts and landscapes to arrive at a more tactile,if not more intimate, understanding. For me, thepast lives because I have been fortunate enough totouch it. This has included wading past muddybanks where the still shroud-encased bones ofplague victims tumbled free of their graves besidethe Thames, walking over the wooden decks ofships buried in landfill during the California goldrush of 1849, and swimming along the sides of thesunken battleship Arizona at Pearl Harbor, pastsilent portholes with air and oil yet trapped behindthem. It has meant picking up scattered bones,opening a hatch last closed by a long-dead hand,silently examining broken dishes and scattered silverwareon a galley deck from a Sunday breakfastforever interrupted by a fatal attack on the morningof December 7, 1941.

This personal quest also led me north to theArctic. It came in stages—first from reading theaccounts of the great expeditions, then seeing theArctic relics themselves—the legacy of the questfor the Northwest Passage. When I was a childgrowing up in the San Francisco Bay area, my parentstook me to see the tiny Gjøa, the ship in whichRoald Amundsen conquered the passage, nestled inits sandy berth at the foot of Golden Gate Park,looking out to sea. Long after Gjøa was pluckedfrom the dunes and sent home to her nativeNorway, I too took passage from San Francisco.Arriving in Canada, I settled in Vancouver, BritishColumbia. Now, daily, I see the venerable Arcticschooner St. Roch in her concrete berth on theshores of English Bay. Second ship to make theNorthwest Passage, this dauntless vessel is now myresponsibility as the director of the VancouverMaritime Museum, St. Roch's final home.

Over the past several years, I have been fortunateto again merge words with artifacts andplaces as I travelled around the world to numerousmuseums, seeking the scattered relics of the questfor the Northwest Passage. I travelled north aswell, to the shores of the Arctic Ocean, where thestories of the quest played out. This book is theresult of those travels and research. It is notintended to be the final word on the quest. Thereare shelves of books that examine the various voyages,the personalities and the events. This book,rather, is my attempt to assemble the flow of thestory, from antiquity until now, and let the wordsand the images draw the reader with me alongthose icy shores.

The Arctic holds many tangible reminders, evencenturies after the events discussed in the pages ofthis book. Stan Rogers sings that the explorerscame "seeking gold and glory, leaving weathered,broken bones, and a long forgotten, lonely cairnof stones." The numerous expeditions, the cachingof supplies, the building of camps and cairns, andthe sinking of ships have combined to create a richarchaeological record. Relics of the Franklin expedition,as well as others, have been gathered bysearchers and later by souvenir hunters throughoutthe last decades of the nineteenth century and formuch of the twentieth century. Serious scientificwork, conducted under the supervision of thePrince of Wales Northern Heritage Centre, inCanada, has resulted in the documentation and stabilizationof a number of sites, and careful archaeologicalexcavation of a few. Fragile and yetstrangely resilient, these places evoke the past, bethey a ring of rocks that once marked a tent, or theintact hulk of Breadalbane, crushed and stink in 1853while searching for Franklin and now slumberingbeneath the ice off Beechey Island.

In writing this book, I have been privileged tohave some experiences that made the past come tolife. I have stood on grey gravel beaches, with thewind never ceasing, inside one of those tent rings;floated in frigid waters at the submerged bow of thewreck of Amundsen's Maud, and sat in the libraryof the National Maritime Museum in Greenwich,with the last record of the Franklin expedition inmy hands. I have mused, alone for an hour, in thesmall cabin of Gjøa. This book, with its marriage ofthe words, the places and the artifacts, is my attemptto share a physical sense of the centuries-long questfor a Northwest Passage. For I, like Stan Rogers,sought the Northwest Passage, and found there butthe way back home again.