Living With Animals And Spirits in Siberia

An anthropologist describes life among the Eveny people of Siberia, detailing their nomadic way of life in one of the most inhospitable places on Earth, their close relationship with the reindeer who share their environment, and their successful survival despite their harsh living conditions and Soviet efforts at control.

NPR stories about The Reindeer People

Life Among 'The Reindeer People'

February 11, 2006 • In a land where the ground is always frozen, one creature has nourished man both physically and spiritually. Anthropologist Piers Vitebsky discusses The Reindeer People, his book about the Eveny herders of Siberia.

Life Among 'The Reindeer People' 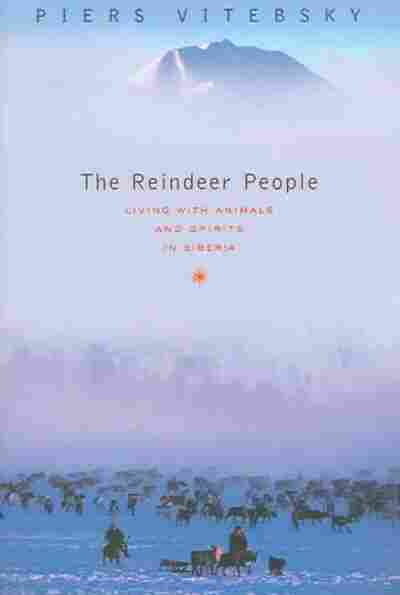 In the Verkhoyansk Mountains of northeast Siberia, Eveny nomads are on the move*. Teams of reindeer pull caravans of sledges down the steep slide of a frozen mountain river. Bells tinkle on the lead reindeer while dogs on short leashes dive closely alongside through the snow like dolphins beside a boat. One man sits on the lead sledge of each caravan, his right foot stretched out in front of him and his left foot resting on the runner ready to fend off hidden rocks and snagging roots. Passengers or cargo sit on the sledges behind. The passage of each caravan is visible from afar by a cloud of frozen reindeer breath.
This is the coldest inhabited place on earth, with winter temperatures falling to −96°F (−71°C). The ice is a condition of the water for eight months of the year and by January it is 6 feet thick. Throughout the winter, warm springs continue to break through the surface of rivers, where they erupt as frozen turquoise upwellings, like igneous intrusions in rock, and freeze into jagged obstructions. Caravan after caravan jolts over the last ridge of river ice and skims across a great frozen lake in an epic sweep stretching almost from shore to shore. Deep lakes provide a more level surface and the ice that forms from their still water glows black, marbled with milky white veins snaking into the depths. The sudden speed and the spray of ice crystals flung into our faces behind the hypnotic flash of the reindeer’s skidding hooves make it easy to feel that we are about to take off and fly into the air.