A unique spiritual travelogue in the tradition of Zen and the Art of Motorcycle Maintenence recalls the author's journey across two continents in 1986 in a Mercedes in search of a gravestone for his friend Mahmoud Rauf.

NPR stories about I, Wabenzi 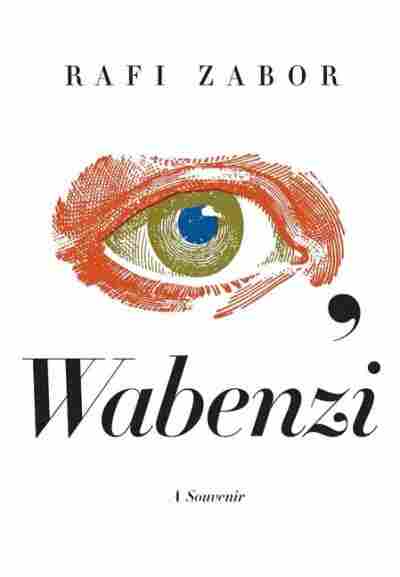 1
I can’t remember who first told me about the Wabenzi. For a long time I thought it might have been Yale Evelev, over the phone from the New Music Distribution Service, where he worked press relations for a few years before producing a series of world music albums for Nonesuch. Yale’s family came to the States from Russia some decades back. To take on a more American coloration, Yale’s father changed the family name from Evelov to Evelev and named his firstborn son after a great American university. (It takes a while to develop an ear in any language. My father for one never made his way completely into English.) In any case it wasn’t Yale: when I asked him recently, he said he’d never heard of the Wabenzi. Maybe it was Kip Hanrahan—he’d had the New Music gig just before Yale. But was he the source of the Wabenzi? I’ll have to ask him sometime. Let’s for the sake of argument say it was Kip.

I forget how the subject came up, but there I was on the phone with ol’ Kip, probably trying, in my capacity as jazz critic to the nation, to finagle a few dozen free records out of him, and I suppose he must have mentioned the Wabenzi; or maybe I went into the story of how, in my battered parental grey Chevy Malibu, I had only that week contested a Lower East Side parking place with some space-usurping yuppie kids from Connecticut in a new-looking royal blue two-seater 380SL, and how I won the point—each of our cars partway into the space, mine backed halfway in, theirs nosing in from behind to ace me out of the spot—by revving my engine and shouting at them in a voice so full of a barbarian and pure Brooklyn savagery that it shocked even me, “HOW’D YA LIKE A BIG DENT IN YOUR NICE NEW FUCKING MERCEDES!” Heavens, where had I found such an unexpected reserve of class consciousness in the generally nondiscriminatory precincts of myself? or was it only because I was late for a meet with a notoriously impatient friend? Those kids backed out of that space in such a hurry I wondered how I must have looked to them, some ragged-ass embodiment of urban yawp and slumland fury thrust out a car window all beard and teeth and garbage cans around me as if I had built and ruined the neighborhood by myself (when in fact for all my boho credentials I’d never once lived in it). Little twerps—there were five or six of them in there, a regulation two in front and at least three more crammed into the semifictional backseat fit only for a suitcase or two—they were probably in the nabe to swallow goldfish, scope the beggars and score some coke: I probly saved them some trouble they were such marks. Anyhow, I parked and went off to see Hakki Bey.

“In Africa, they have a word for them,” Kip, or whoever, told me.

I recradled the phone on my shoulder. “They have a name for who exactly?”

“For the people who drive Mercedes. The way they form tribal names…well, take the Watusi for example. The i on the end signifies the plural, wa means People or the People of, and tus the place they’re from or the characteristic they’d like to be known by. Watusi therefore means the People of Tus. Africans call the people who drive Mercedes the Wabenzi.”

The Wabenzi. I felt illuminated by the concision, the aptness, the implied perspective on character and culture, the kind of fools we make of ourselves, given world enough and time. I hoped to be capable of equivalent wit some day. I was certain that I would never, ever be a member of that particular tribe.

For one thing, I have never, at least not since junior high, when the exactly right cut of tight black wee-jeans seemed crucial to all I possessed of personhood, been that keen on the symbols of worldly status. I am one of the least worldly individuals you will meet this side of the monastery or Notville, and in general, I have been so out of touch with the iconography of loot that when Hakki Bey told me some years back how he and Shareen used to pull up to the one-buck movies at St. Mark’s Place in this black Mercedes—I think this was when he was hooked up with those spoonbenders from outer space up in Ossining and they used to let him borrow the car—it was such a goof that heads would turn—“Hey man, imagine me and this skinny little black girl carrying our baby getting out of this big Mercedes to catch a couple of East Village movies for a dollah!”—well, I didn’t even get the joke, or pick up on the polarities that made it tick. I thought Mercs were these sober-looking European cars, essentially modest, some kind of better-executed Volvos. Although I remember too, some years after Hakki’s remark, tooling south down the Thruway between Woodstock and the City in an old’67 sky-blue Volvo 122S—in my early thirties, my first car—whose exhaust, toward the end of that vehicle’s natural life, poured grey-blue through the firewall and the dashboard, then over me and out the windows. In winter I’d wear my Turkish white sheepskin coat and hat and crank the windows wide open so as not to croak of asphyxia before my time, tearing down the highway something like a literal house on fire, two plumes of blue jetstreaming out behind me carrying the souls of dead brain cells and fabulous with poison. I had some king-hell headaches halfway down and provoked commentary from the tollbooth attendants at Harriman. “You bet,” and “Yes I will,” I told them, “just as soon as I can.” I remember thinking, amid my monoxides of delirium while peering through the streaming blue and grey at larger, more majestic chassis steaming south—they gave me plenty of leeway in the process, mind you—that Mercedes in some unnoticed interim had changed, the older, more modest ones having been replaced by elongated distortions of themselves whose most wretched excess was their stacked taillights and the strange, raised and slanted moldings along the interior undersides of their windows: functionless leatherette swoops which moreover would make it difficult to rest one’s arm upon the sill in summer. Little did I then know that these “new” Mercs I so disliked were merely the S series then current, the larger items Daimler-Benz had always put out, the lux models, Hitler-size, always a tad pompous but much to be desired, top of the line.

Anyhow, years passed and I learned a number of things.
* * *
it was after my parents’ deaths, and I was worn out.

I had gone back up to Woodstock in the hopes of starting my life up again after two or three years of unrelenting misery, and my friend Danièl—note the accent on the second syllable; I’m going to leave it out of the typography from here on because it looks like a false moustache—Furman was living in my Brooklyn apartment, where the furniture would not creak beneath the weight of memory for him, or the air clot with images of my mother raving while my father struggled for breath, and death looming but taking its time, making sure that every hope of mercy was crushed in its turn before mortality itself broke the door in and collected what was left. Where I had parked myself upstate, the winter’s cold seeped through the dark log walls no matter where I sat in the room and the overhead light in its outsize Japanese paper globe swung so wildly in the periodic blow from the forced-air heater that one seemed also to be at sea, on the wrong day, pitching on some bitter North Atlantic of the soul. I practiced drums, visited friends, gazed wistfully at green mountains, paid hapless, too-mournful court to a local saucer-eyed Irish beauty, tried fitfully and without success to write fiction, watched interminable television, clicking discontentedly on the zapper from zilch to shining zilch in the hope of spending a minute or two without pain, and when I woke up in the sleeping balcony and looked out the small casement window beside the bed at the bare branches nodding outside in the grey morning tapping on the walls in an indecipherable but all too obviously minatory code, blindman to blindman and dead to the dead, I found it impossible to imagine how in a month or so they’d be green again, covered in the lushness of leaves and lifted by warmer breezes: the world was a cold barren empty place to which life no longer had the strength to return.