Two generations of women—Serafina, a Mexican-Indian girl who emigrates illegally to California, and her daughter, Elvia, separated from her mother when Serafina is deported—struggle to maintain their dignity amidst the frequently brutal world of migrant farm labor. By the author of Aquaboogie. Reader's Guide available. Reprint. 35,000 first printing.

December 15, 2005 • The gift of beautiful prose, given to someone on the edge of loving words and their arrangements, is an invaluable present, writes commentator and novelist Susan Straight. She shares some of the titles she'll be giving this year. 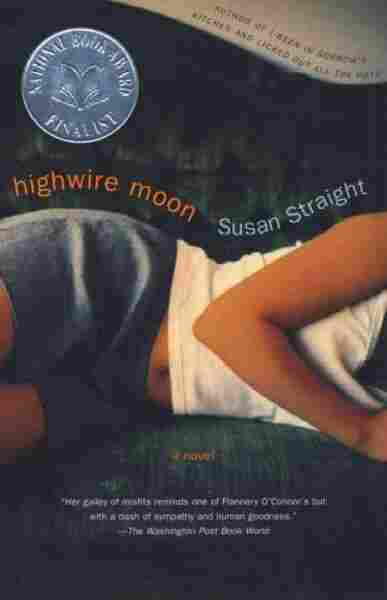 Moths dove in and out of the streetlight beam, banging against the
window near her, then veering away in bursts of blurry white.
Branches and leaves covered the windshield, pressed tight
like a blanket of black knives. Elvia wasn"t to touch knives. Her
mother used knives to take the spines off the green cactus pads. They
could eat the cactus then. Her father had gotten angry when he saw
the cactus today. Once Elvia had gotten spines embedded in her
finger, and her mother had pulled out the tiny red needles with her
teeth.
Elvia studied the red circle of burn on her wrist. Her mother
had kissed the burn. Elvia licked it herself. Her mother would lick
and cool it again when she came back.
The crickets resumed their shrill scraping in the black
leaves all around the car. Elvia had awakened in the front seat. Her
mother was gone. The keys were gone. Her father had thrown the keys,
flying with silver wings and landing on her mother"s chest.
Ndéchi ná ? Where was her mother?
Ndéchi Barbie? Where was her Barbie? That was what the kids
next door said to her through the silver fence. Cap"n Crunch Barbie
Dandelion Stupid Beaner Mescan Hey Crickets Shut Up Ice Cream Truck
Bye.
Her father had brought her the Barbie. Then he had gone back
outside to the blue truck that roared behind a silver nose. She loved
to steer the blue truck. She touched the dashboard knobs now. She had
been inside this car only a few times. Her mother drove up and down
the driveway. Barbie was on the ground, next to the hedge by the old
lady with dandelion-puff hair.