The Bedside Book of Birds

The Bedside Book of Birds

NPR stories about The Bedside Book of Birds

Gift Books to Delight and Enthrall

December 2, 2005 • With her gift book selections, NPR's Ketzel Levine will take you wandering through old maps and contemporary art galleries, courtside at the NBA, inside the minds of raucous high school kids, and into the embrace of poems.

Excerpt: The Bedside Book Of Birds 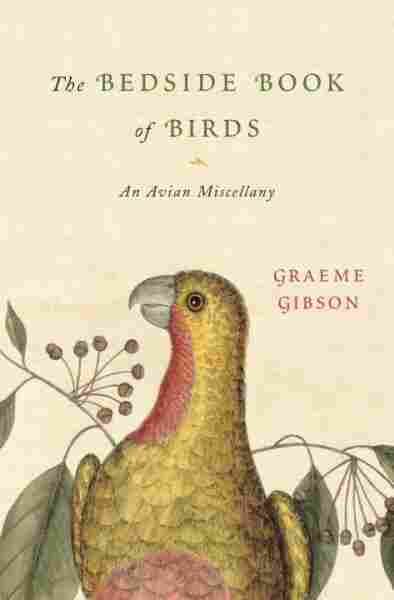 I came to the birds relatively late in life. For almost thirty-seven years I didn’t understand birdwatching. I remember how eccentric, how curious – even mysterious – I found the activity. Who were these tens of thousands of people with sensible shoes, a predilection for paramilitary raingear, and an almost risible devotion to birds?

Some collect species for their “life list” (that compilation of all the birds one has seen in a lifetime); they are chasers, for whom birding is a competitive sport. Some are scientists, and others work on nesting maps, migration monitoring or bird banding. For the majority of enthusiasts, however, birdwatching simply provides a personal and very special entrée into the natural world.

Years ago I found myself sheltering by the wheelhouse on the Cachalote, a 52-foot motorsailer cruising in the Galapagos. A metallic sea was rising beneath sullen clouds that shredded themselves against the hills of Isabella Island. Everything was grey and black, and the ship was pitching uncomfortably.

I hadn’t been expecting to see my first albatross until later, on Hood Island, where they nest. But in an abrupt clearing of the mist and driving rain, there it was, drifting low over the ragged sea. Enormous and powerful, effortless as sleep, it crossed our wake and then was gone in another squall. While some would say this sighting was merely luck, others might call it grace.

Suddenly any memory of whatever I might have learned about the albatross seemed irrelevant. It was enough to have seen it at that moment, and I was left with an enchanted sense that I had received a gift.
At its heightened moments, birdwatching can encourage a state of being close to rapture. It is an ecstasy that is said to accompany the writing of poetry; sometimes it comes when we’re listening to music.

I suspect that, if I am fortunate enough to await death naturally, dreaming in a chair by some open window, the image of that Waved Albatross, with its great pale head and eight-foot wingspan, will still be a source of gratitude and wonder to me.

When I first wrote about the Waved Albatross, the idea of compiling a selection of writing that explored the ways in which humans have engaged themselves with birds began to grow in my mind. With the zeal of a convert, I started taking note of, then collecting, and finally obsessively searching out texts that illustrated something – almost anything – about our shared response to birds.

This book is the result. It isn’t so much about birds themselves as it is about the richly varied and sometimes very intimate relationships that we have established with them during the hundreds of thousands of years that we and they have shared life on earth. It is also about the often grimmer ways in which birds have been forced to relate to us.

Humans developed as a species in a world full of birds. Despite seeing images of the great flocks of waders and marsh birds in African wetlands, or the millions of nesting Black Guillemots, Kittiwakes, Common Murres, Puffins, and various species of Gulls on northern sea-cliffs, it remains hard for us to conceive just how omnipresent birds must have been in the lives of our forebears.

Somewhere along the way we identified ourselves with them, and came to associate birds with the realm of spirits, as opposed to that of bodies and their carnal appetites.

Perhaps for this reason there’s an abundance of intriguing material about birds, from all times and all cultures. Not only do they feature in creation myths, in sagas and parables, in liturgies and in fairy tales, but poets, writers, story-tellers and artists in all ages have found them a fertile source of imagery and symbol.

In the end I decided to divide the book into nine sections – nine different habitats, if you like, where certain species are naturally gathered together.

Material within the sections is more instinctively arranged. I’d like the reader, in exploring my “habitats,” to encounter the unexpected, just as one might when exploring a richly varied but unfamiliar woodland: because the trail is unpredictable and you can’t see beyond the surrounding foliage, you never know quite what to expect.

You might even discover some unanticipated aspect of self; for birds, in dream theory, are symbols for the personality of the dreamer.

Swallows certainly sleep all winter. A number of them
conglobulate together, by flying round and round, and then all in a heap
throw themselves under water, and lye in the bed of a river.
—Samuel Johnson

I was coming to the end of a week scouting for a series of birding trips in Cuba’s Zapata swamp, the vast area of marshland, reed-beds and low mixed forest that surrounds the Bay of Pigs. My companions were Orlando Garrido, Cuba’s senior ornithologist, and Rogelio, an excellent forest warden and a wonderful man. At our last breakfast, with the Bay a limpid turquoise beyond a crescent beach and the air resounding with the gargling of Cuban crows, Garrido told me that Rogelio had a special surprise for us. They both grinned knowingly but neither would elaborate.

Later that morning, just off an old logging road, Garrido pointed to a tangle of sticks about twelve metres up in a nondescript tree. It was the nest of a Gundlach’s Hawk, with the white and woolly shape of a nestling on its edge. Discovered just two days earlier, it was only the fourth official nesting site found in the twentieth century.

As we circled to the other side we saw the adult’s rounded tail, then the whole bird. Watching us out of a cautious red eye, she’d frozen completely. Although her throat trembled, she didn’t even blink.
The Gundlach’s is a fine, strong bird, very much like our Cooper’s Hawk. It is an endangered species endemic to Cuba, and only a handful of other people had ever seen one on the nest. All of us, I think, were sobered; certainly we were quiet.

On the way back it occurred to me that there were undoubtedly more skins of Gundlach’s Hawk in museums around the world than there were live birds in the whole of Cuba. In the nineteenth century, most people treated birds as if they were stamps waiting to be included in a prize collection. As a result, countless thousands of birds and their eggs were collected. Considered a ­necessary part of scientific behaviour, this kind of killing was done by men as important as Audubon, who once wrote that he felt incomplete if he didn’t kill a hundred birds a day.

As one of the first bird artists to use fresh models – which he meticulously posed after threading thin wires into their bodies – Audubon would sometimes kill a dozen individuals before finding the one he wanted. Most of us are defined by the age we live in – Audubon included – and in the nineteenth century birds were routinely slaughtered in astonishing numbers. Audubon reports that in a single day forty-eight thousand Golden Plovers were gunned down near New Orleans.

On May 28, 1854, William David Thoreau, who earned some of his keep by collecting specimens for science, wrote in his diary: “The inhumanity of science concerns me, as when I am tempted to kill a rare snake that I may ascertain its species. I feel that this is not the means of acquiring true knowledge.”
But now, in the twenty-first century, I suspect that most birdwatchers would find it harder to identify a dead bird in the hand than a living one in flight.

When I think of the Gundlach’s Hawk, it’s the red eye I remember best, and that fluffy ball of a nestling. Despite being delighted and moved, I couldn’t help feeling we shouldn’t be there. We meant trouble for the mother and her young, and that brilliant red eye seemed to acknowledge it. We weren’t the first to alarm her, and I feared we wouldn’t be the last.

Sadly I was right: the following year I learned that her nestling had been captured, and after appropriate training in the disciplines of falconry, was being used to scare other birds away from the runways of Havana’s international airport. I felt somehow culpable, and I still do when I remember.

One of the rewards of birdwatching is the brief escape it affords from our ancient and compelling need to make Nature useful. There may even be something of Thoreau’s “true knowledge” in that evanescent taste of freedom.