How Depression Challenged a President And Fueled His Greatness

A reassessment of the life of Abraham Lincoln argues that America's sixteenth president suffered from depression and explains how Lincoln used the coping strategies he had developed to face the crises of the Civil War and personal tragedy.

October 26, 2005 • A new book on Abraham Lincoln explores how the young Illinois lawyer went on to become president despite suffering from lifelong depression. 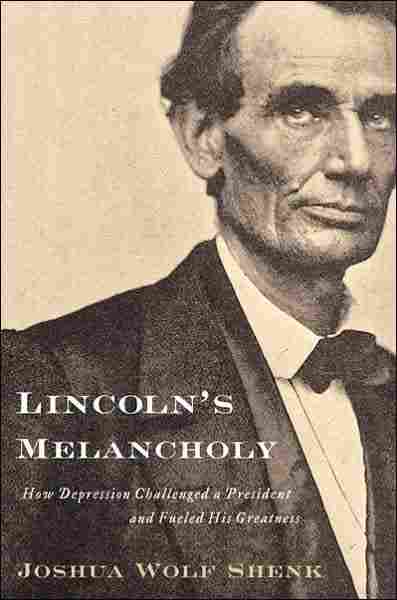 CHAPTER 1 The Community Said He Was Crazy

In the emotional development of a child, pervasive tension can be just as
influential as loss. Lincoln's relationship with his father—the only other
member of his nuclear family who survived—was so cool that observers
wondered whether there was any love between them. The relationship was
strained by a fundamental conflict. From a young age, Abraham showed a
strong interest in his own education. At first his father helped him along,
paying school fees and procuring books. "Abe read all the books he could lay
his hands on," said his stepmother. "And when he came across a passage
that struck him he would write it down . . . then he would re-write it—look at
it—repeat it." But at some point Tom Lincoln began to oppose the extent of
his son's studies. Abraham sometimes neglected his farm work by reading.
Tom would beat him for this, and for other infractions.
To men who had been born and expected to die on farms, book
learning had limited value. A man ought to be able to read the Bible (for his
moral life) and legal documents (for his work life). Writing could help, too, as
could basic arithmetic. Anything more was a luxury, and for working folks
seemed frivolous. For generations, Lincoln men had cleared land, raised
crops, and worked a trade. So when this boy slipped away from feeding
livestock and splitting logs to write poetry and read stories, people thought
him lazy. "Lincoln was lazy—a very lazy man," remembered his cousin
Dennis Hanks. "He was always reading—scribbling— writing—ciphering—
writing poetry &c. &c."
Later, Lincoln's self-education would become the stuff of legend.
Many parents have cited Lincoln's long walks to school and ferocious self-
discipline to their children. But Lincoln pursued his interests in defiance of
established norms. Far from being praised, he was consistently admonished.
He may well have paid an emotional toll. Many studies have linked adult
mental health to parental support in childhood. Lower levels of support
correlate with increased levels of depressive symptoms, among other health
problems, in adulthood. After Lincoln left home in his early twenties, his
contact with his father was impersonal and infrequent.
When reviewing the facts of Lincoln's childhood, we should keep
in mind some context. For example, in the early nineteenth century, one out
of four infants died before their first birthday. And about one fourth of all
children lost a mother or father before age fifteen. Of the eighteen American
presidents in the nineteenth century, nine lost their mother, father, or both
while they were children. None of Lincoln's contemporaries, nor Lincoln
himself, mentioned the deaths of his siblings and mother as factors
contributing to his melancholy. The melancholy was unusual, but the deaths
were not. In the same vein, while we ought not to ignore Lincoln's conflict
with his father and discount its possible emotional aftereffects, we risk
missing more than we gain if we look at it exclusively through the lens of
modern psychology. In fact, such a conflict between ambitious young men
and their fathers was not uncommon in the early nineteenth century, a time
of broad cultural and economic change.
Abraham was not evidently a wounded child, but signs point to his
being sensitive. He spent a lot of time alone. He was serious about his
studies and reading, and uncommonly eager to explore imaginative realms,
which psychologists often observe in sensitive children. He also took up a
popular cause among sensitive people, the welfare of animals. Some boys
found it fun to set turtles on fire or throw them against trees. "Lincoln would
Chide us—tell us it was wrong—would write against it," remembered one of
his neighbors. His stepsister remembered him once "contending that an ants
life was to it, as sweet as ours to us."
At the same time, Lincoln was a winsome child. Others sought
him out, followed him in games, and applauded him when he mounted a
stump and performed for them, pretending to be a preacher or a statesman.
By the time he was a teenager, grown men would flock around him, eager to
hear his jokes and stories. He was well liked.