Facing unprecedented financial troubles when his daughter requires a medical treatment, Easy Rawlins takes a job tracking down a missing attorney and legal assistant, but when the assignment proves more complicated than anticipated, Easy wonders about the integrity of his employer. By the author of Little Scarlett. 125,000 first printing.

Easy Rawlins Is Back with a 'Cinnamon Kiss'

September 21, 2005 • Famed mystery writer Walter Mosley is back with a new tale called Cinnamon Kiss. Ed Gordon talks with the author about the latest novel to feature his popular sleuth, Easy Rawlins.

Easy Rawlins Is Back with a 'Cinnamon Kiss' 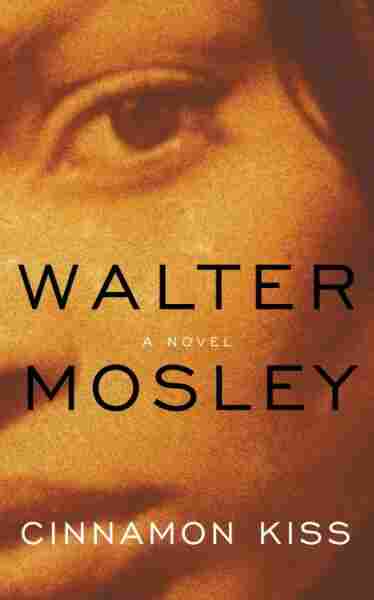 So it's real simple," Mouse was saying. When he grinned the diamond set in his front tooth sparkled in the gloom.

Cox Bar was always dark, even on a sunny April afternoon. The dim light and empty chairs made it a perfect place for our kind of business.

"... We just be there at about four-thirty in the mornin' an' wait," Mouse continued. "When the mothahfuckahs show up you put a pistol to the back of the neck of the one come in last. He the one wit' the shotgun. Tell 'im to drop it -"

"What if he flinches and the gun goes off?"

"How the fuck you know that, Raymond?" I asked my lifelong friend. "How do you know what a finger in Palestine, Texas, gonna do three weeks from now?"

"You boys need sumpin' for your tongues?" Ginny Wright asked. There was a leer in the bar owner's voice.

It was a surprise to see such a large woman appear out of the darkness of the empty saloon.

Ginny was dark-skinned, wearing a wig of gold-colored hair. Not blond, gold like the metal.

She was asking if we needed something to drink but Ginny could make a sexual innuendo out of garlic salt if she was talking to men.

"Coke," I said softly, wondering if she had overheard Mouse's plan.

"An' rye whiskey in a frozen glass for Mr. Alexander," Ginny added, knowing her best customer's usual. She kept five squat liquor glasses in her freezer at all times-ready for his pleasure.

"Thanks, Gin," Mouse said, letting his one-carat filling ignite for her.

"Maybe we should talk about this someplace else," I suggested as Ginny moved off to fix our drinks.

"Shit," he uttered. "This my office jes' like the one you got on Central, Easy. You ain't got to worry 'bout Ginny. She don't hear nuttin' an' she don't say nuttin'."

Ginny Wright was past sixty. When she was a young woman she'd been a prostitute in Houston. Raymond and I both knew her back then. She had a soft spot for the younger Mouse all those years. Now he was her closest friend. You got the feeling, when she looked at him, that she wanted more. But Ginny satisfied herself by making room in her nest for Raymond to do his business.

On this afternoon she'd put up her special sign on the front door: CLOSED FOR A PRIVATE FUNCTION. That sign would stay up until my soul was sold for a bagful of stolen money.

Ginny brought our drinks and then went back to the high table that she used as a bar.

Mouse was still grinning. His light skin and gray eyes made him appear wraithlike in the darkness.

"All I'm sayin' is that you don't know how a man holding a shotgun's gonna react when you sneak up behind him and put a cold gun barrel to his neck."

"To begin wit'," Mouse said, "Rayford will not have any buckshot in his shooter that day an' the on'y thing he gonna be thinkin' 'bout is you comin' up behind him. 'Cause he know that the minute you get the drop on 'im that Jack Minor, his partner, gonna swivel t' see what's what. An' jest when he do that, I'ma bop old Jackie good an' then you an' me got some heavy totin' to do. They gonna have a two hunnert fi'ty thousand minimum in that armored car-half of it ours."

"You might think it's all good and well that you know these guys' names," I said, raising my voice more than I wanted. "But if you know them then they know you."

"They don't know me, Easy," Mouse said. He looped his arm around the back of his chair. "An' even if they did, they don't know you."

That took the smug smile off of Raymond's lips. He leaned forward and clasped his hands. Many men who knew my murderous friend would have quailed at that gesture. But I wasn't afraid. It's not that I'm such a courageous man that I can't know fear in the face of certain death. And Raymond "Mouse" Alexander was certainly death personified. But right then I had problems that went far beyond me and my mortality.

"I ain't sayin' that you'd turn me in, Ray," I said. "But the cops know we run together. If I go down to Texas and rob this armored car with you an' Rayford sings, then they gonna know to come after me. That's all I'm sayin'."

I remember his eyebrows rising, maybe a quarter of an inch. When you're facing that kind of peril you notice small gestures. I had seen Raymond in action. He could kill a man and then go take a catnap without the slightest concern.

The eyebrows meant that his feelings were assuaged, that he wouldn't have to lose his temper.

"Rayford never met me," he said, sitting back again. "He don't know my name or where I'm from or where I'll be goin' after takin' the money."

"And so why he trust you?" I asked, noticing that I was talking the way I did when I was a young tough in Fifth Ward, Houston, Texas. Maybe in my heart I felt that the bravado would see me through.

"Remembah when I was in the can ovah that manslaughter thing?" he asked.

"That was hard time, man," he said. "You know I never wanna be back there again. I mean the cops would have to kill me before I go back there. But even though it was bad some good come out of it."

Mouse slugged back the triple shot of chilled rye and held up his glass. I could hear Ginny hustling about for his next free drink.

"You know I found out about a very special group when I was up in there. It was what you call a syndicate."

"Naw, man. That's just a club. This here is straight business. There's a brother in Chicago that has men goin' around the country scopin' out possibilities. Banks, armored cars, private poker games-anything that's got to do wit' large amounts of cash, two hunnert fi'ty thousand or more. This dude sends his boys in to make the contacts and then he give the job to somebody he could trust." Mouse smiled again. It was said that that diamond was given to him by a rich white movie star that he helped out of a jam.

"Here you go, baby," Ginny said, placing his frosty glass on the pitted round table between us. "You need anything else, Easy?"

"No thanks," I said and she moved away. Her footfalls were silent. All you could hear was the rustle of her black cotton trousers.

"Easy," Mouse said in an exasperated whine. "You the one come to me an' said that you might need up t' fi'ty thousand, right? Well-here it is, prob'ly more. After I lay out Jack Minor, Rayford gonna let you hit him in the head. We take the money an' that's that. I give you your share that very afternoon."

My tongue went dry at that moment. I drank the entire glass of cola in one swig but it didn't touch that dryness. I took an ice cube into my mouth but it was like I was licking it with a leather strip instead of living flesh.

"How does Rayford get paid?" I asked, the words warbling around the ice.

"What you care about him?"

"I wanna know why we trust him."

Mouse shook his head and then laughed. It was a real laugh, friendly and amused. For a moment he looked like a normal person instead of the supercool ghetto bad man who came off so hard that he rarely seemed ruffled or human at all.

"The man in Chi always pick somebody got somethin' t' hide. He gets shit on 'em and then he pay 'em for their part up front. An' he let 'em know that if they turn rat they be dead."

It was a perfect puzzle. Every piece fit. Mouse had all the bases covered, any question I had he had the answer. And why not? He was the perfect criminal. A killer without a conscience, a warrior without fear-his IQ might have been off the charts for all I knew, but even if it wasn't, his whole mind paid such close attention to his profession that there were few who could outthink him when it came to breaking the law.

"I don't want anybody gettin' killed behind this, Raymond."

"Nobody gonna die, Ease. Just a couple'a headaches, that's all."

"What if Rayford's a fool and starts spendin' money like water?" I asked. "What if the cops think he's in on it?"

"What if the Russians drop the A-bomb on L.A.?" he asked back. "What if you drive your car on the Pacific Coast Highway, get a heart attack, and go flyin' off a cliff? Shit, Easy. I could 'what if' you into the grave but you got to have faith, brother. An' if Rayford's a fool an' wanna do hisself in, that ain't got nuthin' to do with what you got to do."

Of course he was right. What I had to do was why I was there. I didn't want to get caught and I didn't want anybody to get killed, but those were the chances I had to take.

"Lemme think about it, Ray," I said. "I'll call you first thing in the morning."