A History Of Hip-Hop Generation

A history of hip-hop cites its origins in the post-civil rights Bronx and Jamaica, drawing on interviews with performers, activists, gang members, DJs, and others to document how the movement has influenced politics and culture. 50,000 first printing. 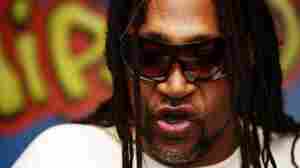 August 29, 2005 • DJ Kool Herc is known as the father of the DJ breakbeat, part of the foundation of modern hip-hop. He also wrote the introduction to the recent history of hip-hop, Can't Stop Won't Stop. Kool Herc kicks off Fresh Air's Hip-Hop Week. (This interview originally aired March 30, 2005.)

March 10, 2005 • Hip-hop didn't always have a violent reputation. In fact, for many in the African-American community it was a revolution and a redemption. Author Jeff Chang chronicles the history of rap in his book Can't Stop, Won't Stop and how it continues to transform the world of popular music. 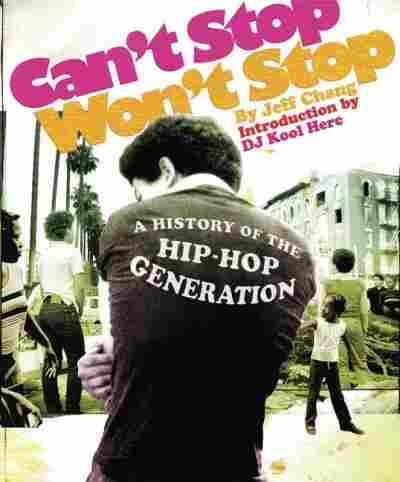 The act of determining a group of people by imposing a beginning and ending date around them is a way to impose a narrative. They are interesting and necessary fictions because they allow claims to be staked around ideas. But generations are fictions nonetheless, often created simply to suit the needs of demographers, journalists, futurists, and marketers.

In 1990, Neil Howe and William Strauss both baby boomers and self-described social forecasters set forth 'a neatly parsed theory of American generations in their book, Generations: The History of America's Future, 1584 to 2069. They named their own generation "Prophets," idealists who came of age during a period of "Awakening," and their children's generation "Heroes," who, nurtured by their spiritually attuned parents, would restore America to a "High" era. In between were "Nomads" inhabiting a present they described as an "Unraveling." What Howe and Strauss's self flattering theory lacked in explanatory power, it made up for with the luck of good timing. The release of Generations intersected with the media's discovery of "Generation X," a name taken from the title of a book by Douglas Coupland that seemed to sum up for boomers the mystery of the emerging cohort.

Howe and Strauss's book was pitched as a peek into the future. Cycles of history, they argued, proceed from generational cycles, giving them the power to prophesize the future. Certainly history loops. But generations are fictions used in larger struggles over power.

There is nothing more ancient than telling stories about generational difference. A generation is usually named and framed first by the one immediately preceding it. The story is written in the words of shock and outrage that accompany two revelations: "Whoa, I'm getting old," and, "Damn, who are these kids?"

Boomers seem to have had great difficulty imagining what could come after themselves. It was a boomer who invented that unfortunate formulation: "the end of history." By comparison, everything that came after would appear as a decline, a simplification, a corruption.

Up until recently, our generation has mainly been defined by the prefix "post ." We have been post civil rights, postmodern, poststructural, postfeminist, postBlack, post soul. We're the poster children of "post," the leftovers in the dirty kitchen of yesterday's feast. We have been the Baby Boom Echo. (Is Baby Boom Narcissus in the house?) We have been Generation X. Now they even talk about Generation Y. And why? Probably because Y comes after X.

And so, by the mid 1990s, many young writers sick of what Howe and Strauss and their peers had wrought took to calling themselves "the Hip Hop Generation." In 2002, in an important book, The Hip Hop Generation: Young Blacks and The Crisis in African American Culture, Bakari Kitwana forged a narrow definition African Americans born between 1965 and 1984 a period bracketed by the passage of the Civil Rights Act and the assassination of Malcolm X on one end and hip hop's global takeover during the peak of the Reagan/Bush era at the other.

Kitwana grappled with the implications of the gap between Blacks who came of age during the Civil Rights and Black Power movements and those who came of age with hip hop. His point was simple: a community cannot have a useful discussion about racial progress without first taking account of the facts of change.

Folks got bogged down once again in the details. How could one accept a definition of a Hip Hop Generation which excluded the culture's pioneers, like Kool Herc and Afrika Bombaataa, for being born too early? Or one that excluded those who had come to claim and transform hip hop culture, but were not Black or born in America? Exactly when a Hip Hop Generation began and whom it includes remains, quite appropriately, a contested question.

My own feeling is that the idea of the Hip Hop Generation brings together time and race, place and polyculturalism, hot beats and hybridity. It describes the turn from politics to culture, the process of entropy and reconstruction. It captures the collective hopes and nightmares, ambitions and failures of those who would otherwise be described as "post this" or "post that."

So, you ask, when does the Hip Hop Generation begin? After DJ Kool Herc and Afrika Bambaataa. Whom does it include? Anyone who is down. When does it end? When the next generation tells us it's over.

This is a nonfiction history of a fiction a history, some mystery and certainly no prophecy. It's but one version, this dub history a gift from those who have illuminated and inspired, all defects of which are my own.

There are many more versions to be heard. May they all be.