An expert on religion and the Middle East seeks to distinguish between "authentic" and "corrupt" forms of religious expression, identifying the ways in which the major religious traditions are vulnerable to corruption and how they can be corrected. Reprint. 35,000 first printing.

Examining the Intersection of Religion and Violence

Examining the Intersection of Religion and Violence 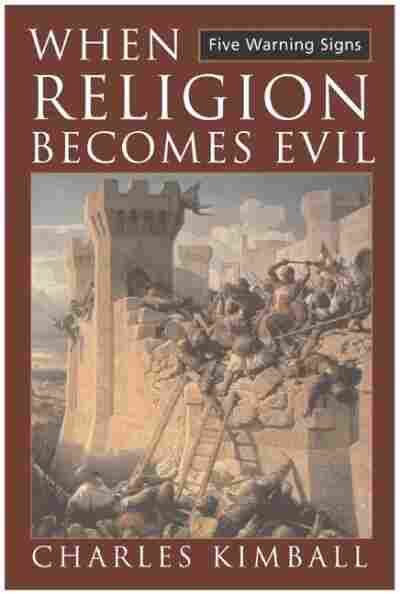 Is Religion the Problem?

Religion is a central feature of human life. We all see many indications of it every day, and we all know it when we see it. But religion is surprisingly difficult to define adequately. To illustrate the complex, multidimensional nature of religion, I sometimes present students in my Introduction to Religion course with the following assignment on the first day of class: "Take the next few minutes and write a brief definition for religion." What happens next is predictable. After excitedly removing paper from a backpack or notebook and placing pen in hand, the confident facial expressions begin to give way to awkward puzzlement. Some smile nervously; many avoid eye contact. Clearly, these bright students know what religion is. Many seem to be embarrassed by their inability to articulate a cogent definition.

The Problem of Definitions and the Limits of Our Perspectives

The problem of defining religion is a good point of departure for this book as well. The word religion evokes a wide variety of images, ideas, practices, beliefs, and experiences - some positive and some negative. Putting these disparate elements into a coherent frame of reference is no small task. It takes some effort. It forces us to step back and reflect on our presuppositions. Most people, for instance, assume that religion involves human thinking about or engagement with God, gods, or some less personal understanding of ultimate reality. They might well envision individual or communal responses to the transcendent, such as prayer, worship services, rituals, moral codes, and so on. Some people naturally think immediately of the life and teachings of Jesus or the Buddha when they think of religion; others might picture the pope or Billy Graham or Mother Teresa in their mind's eye. To complicate the picture further, personal experiences factor in as well. An individual may think of her confirmation or his bar mitzvah. If she or he has had some negative personal history with "organized" religion, then that, too, will surely figure prominently into the presuppositions.

The word religion also conjures up images of destructive or even cruel behavior. Assumptions about religion now include violent actions rooted in intolerance or abuse of power. During the year following the attacks on New York and the Pentagon, Americans were inundated with media images of Islamic suicide bombers, Hindu fanatics attacking Muslims (and vice versa) in Northern India, and Christian clergy being arrested and escorted to jail on charges of criminal sexual misconduct.

Many of our current associations with religion are changing, in part because our vantage point is significantly different from that of the generations before us. Although the world has always been religiously diverse, we have a much more conscious awareness of religious pluralism today. Unlike a nineteenth-century Christian living in Europe or the United States, who may only have heard or read about people called Jews, Muslims, and Buddhists, a twenty-first-century Western Christian experiences their presence through social interaction and television images that pour in daily. Put another way, Rudyard Kipling's famous line "East is East and West is West and never the twain shall meet" may have made sense in the nineteenth century but not today. North and South have joined East and West in a system of globalization Kipling could not have imagined.

Whether or not we have wrestled consciously with issues of particularity and pluralism, at some level we are aware that religion is a complex component of human life. We know that religion encompasses much more than our own particular tradition or personal experience. Like the students in Religion 101, most of us have many ideas and images about religion. Some come from experience; some come from personal observation or media images; some ideas have been passed on culturally in subtle and not-so-subtle ways. Putting the diverse elements into a broader framework for understanding, however, turns out to be more challenging than most people expect. Many of us don't make a concerted effort until we feel the need to do so. Frequently, we operate instead with a kind of "detailed ignorance" about religion.

The field of economics provides a good analogy for our understanding of religion and its role in the world. Many of us know a fair bit about economic realities. We invest enough time and energy, hopefully, to avoid making poor economic decisions about homes, investments, and retirement plans. Few of us have PhDs in economics, however. Few of us are able to make sense of the daily onslaught of economic numbers and at the same time place those in a larger, global, economic context. When something destabilizing occurs, it may force us to look again at how we have allocated our retirement funds or whether it is wise to buy a new house or car in a volatile market. Uncertainty exposes the gaps in our understanding, and so we tend to pay more attention, to ask more questions, to think more broadly about the economic realm and how it affects us personally. We may not become experts, but many of us will certainly make a concerted effort to learn enough about the details and the bigger picture so we don't make costly decisions unwittingly.

World events at the outset of the new millennium provide an impetus to take a step back and think more broadly about religion and the turbulent forces connected with religion in our world.

Regardless of one's personal views about religion, the comparative study of religion offers an effective way to tackle the problem of detailed ignorance.

Help From the Comparative Study of Religion

A common method for understanding world religions involves a fair-minded, descriptive approach. Gathering data and organizing the facts about a particular religion is a reasonable place to start. We witnessed this in the aftermath of the September 11 attacks. Journalists, religious and political leaders, and many non-Muslim citizens were anxious to understand what was going on and why. Although Islam is a global religion and Muslim activists and countries have appeared often in the news for several decades, many people discovered how little they actually knew about the world's second largest religion.