A minute-by-minute retelling of the Hiroshima bombing as remembered by American soldiers, Los Alamos scientists, and Japanese survivors offers insight into the bombing's role in the war and the unfolding of the twentieth century. 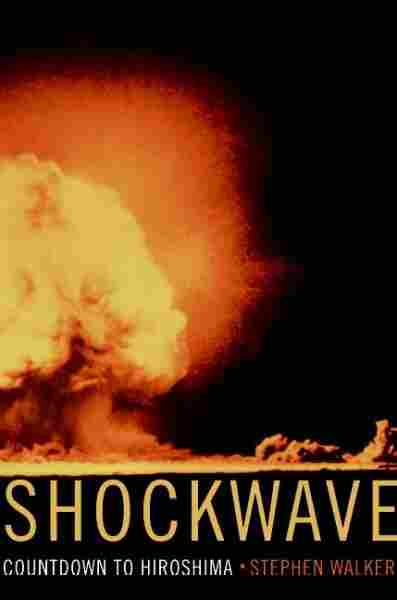 Don Hornig stared up at the tower. The wind and rain whippedthrough the steel latticework. The storm that had been buildingthroughout the day had finally erupted in all its fury. Flashes oflightning lit the San Andres mountains to the south, and the desertechoed with the growl of thunder. The tower loomed 103 feet aboveHornig's head, a network of black braces and girders reachingupward like a giant electric pylon. By now the clouds were racing solow across the sky, he could barely see the top. Which was just aswell, really. He did not want to think about what was at the top.

He began to climb. The wet steel slipped between his fingers andthe rain stung his eyes, making it difficult to see. He wore no safetyharness. Rung by rung, he pulled himself up the ladder. It was slowgoing, but he was only twenty-four, and the long Sunday rides overthe Pajarito mountain trails near Los Alamos kept him fit. Once ortwice he stopped, and he could see the guards below him lookingup, like ants on the desert floor. They seemed a long way down.

At the top of the tower, a simple corrugated tin shack rested on a square wooden platform. It was a flimsy, cheaply made structure,obviously not designed to last. It was not much bigger than a gardenshed. One of its walls was open to the elements. Hornig stepped offthe ladder beside it, pausing by the entrance. A huge, dimly discernibleshape crouched inside. There was a bare sixty-watt bulbhanging from the roof. Hornig switched it on and peered inside.

Hulking on a cradle was a metallic-gray, bloated, four-ton steeldrum, and it took up almost every inch of space in the shack. Evenby day it would have looked ominous, but it looked especially sonow with the wind whipping the tin walls, and the dim bulb swayingfrom the ceiling, and the lightning and thunder edging nearer.A fantastic complex of cables sprouted from its sides like a spillageof guts or arteries, as if it were somehow not inert at all but actuallyorganic, a growing, living, autonomous embryo, awaiting themoment of its birth. Perhaps in acknowledgment of its essence, itscreators had even given it a name. A number of names, in fact.They called it The Beast, The Gadget, The Thing, The Device. Sometimesthey just called it It. The one thing nobody ever called it waswhat it actually was. The world's first atomic bomb.

Hornig squeezed down beside it. The rain pelted on the tin rooflike a thousand hammer blows. The wind rattled the thin walls ofthe bomb's cage. In a few hours, a fellow scientist named Joe Mc-Kibben, standing in a concrete bunker exactly 10,000 yards to thesouth of this tower, would initiate the final act in what was almostcertainly the biggest and most expensive scientific experiment inhistory. McKibben would press a switch on a panel that in turnwould close an automatic timing circuit and begin a forty-five-secondcountdown. At the end of that time a number of differentthings could happen. The bomb could fail to go off. Or it could detonatewith varying magnitudes of explosion. Or, as one NobelPrize-winning scientist believed possible, it could set fire to theearth's atmosphere, in the process destroying all life on the planet.The difficulty was that nobody knew.

The only other object in the tin shack, besides an atomic bomb, was a telephone. It was Hornig's sole means of communicationwith the outside world. The lines ran down the tower and outthrough the desert to the control bunker. They were supposed tocall him when it was time to come down, and he was supposed tocall them if anything went wrong. That was the theory, at any rate.In practice, if anything did go wrong, there might not be muchtime to start making phone calls.

He had not asked for this job. It was a last-minute decision,made only a couple of hours earlier by the director of the bomb'slaboratory, J. Robert Oppenheimer. Oppenheimer was worriedabout pretty much everything that night, but right then one of hismain concerns was security. He wanted somebody to go up there,babysit the bomb, keep a watchful eye on things. Maybe Hornigwas unlucky enough to be in the wrong place at the wrong time,but he was an obvious choice. A brilliant Harvard-trained chemist,he had spent the early war years in New England researching underwaterexplosives. One day in 1943 his boss had called him intothe office and told him he was wanted for a job so secret, not evenhis boss had a clue what it was. Within days, Hornig had sold hisbeautiful forty-five-foot yacht Siesta, bought himself a secondhand1937 Ford Coupe, and together with his twenty-year-old wife, Lilli,an equally brilliant German Jewish refugee whom he had met in achemistry course at Harvard, headed out west. Their destinationwas a place he had never heard of. It was called Los Alamos, a secretlaboratory in the high mesas northwest of Santa Fe, where theywere building very special bombs.

Over the next two years, Hornig designed a wondrously complexpiece of equipment called the X-unit. Essentially the bomb'selectric trigger, it would, at the requisite time, send a five-and-a-half-thousand-volt charge to sixty-four detonators arranged in geometricpatterns around the bomb's sphere, like cloves stuck in anapple. Of course, if anything went wrong with the X-unit, therewould be no firing charge, no detonation, no explosion ...