A collection of 100 recipe ideas for summer outings recommends a range of drinks, sandwiches, entrées, and desserts that can enhance such occasions as beach visits, field trips, and park concerts, in a volume featuring such options as Ginger Iced Tea, Lamb Mezza Pitas, and Strawberry Cupcakes. By the author of The Cornbread Book. 20,000 first printing.

NPR stories about Good Day For A Picnic 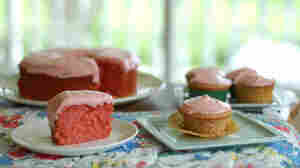 Recipe: 'Good Day for a Picnic'

June 8, 2005 • Author Jeremy Jackson suggests wide-ranging incentives for a picnic, from kite-flying to "simple food that travels well," such as fig pate and "cornsomme."

Excerpt: Good Day For A Picnic 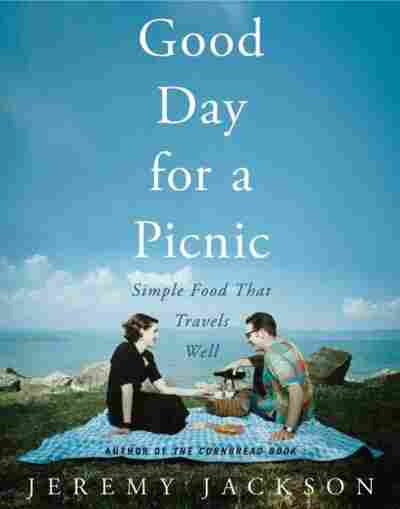 Good Day for a Picnic

I tried this thing the other day, this experiment. (Or, as my nephewwould have called it when he was four, a "conspirament.") First, I arranged a modest assortment of appetizing foodstuffs on my kitchen counter. Then I stood in front of this small smorgasbord, if you will, wearing casual attire and with my hair still slightly askew from having slept on it the wrong way. (That's right, it was lunchtime and I hadn't combed my hair. But I am a writer, after all.) And then I smacked my lips, rubbed my hands together gleefully, and began.

I picked up a slice of orange. It was a colorful and floral wedge of citrus. I ate it and it was good and a bead of orange juice ran down my forearm and dripped off my elbow. Then I picked up another slice of orange and — pay attention here — stepped outside and strode three paces away from the door. There, in the warm autumn sunlight of my side yard, I ate the second orange slice. Again, the orange was good and a bead of juice ran down my forearm, etc. Then I asked myself a question. Did the second orange slice taste better than the first? In other words, does food taste better outside? Well, does it?

Picnics used to be the norm. Really. Think about it. Didn't our ancestorsall eat outdoors? I don't mean our great-great-grandparents. I mean our biological ancestors — monkeys and whatnot — nibbling on berries. Or, to look at it another way, didn't Adam and Eve enjoy the fruits of Eden outdoors? When God booted them out of the garden, I think it's fair to summarize his message to them in this way: "All right, guys. Picnic's over."

Time, though, as it is wont to do, trudged onward. And someone discovered that caves were nice to sleep in. And someone invented architecture. And the next thing you know, some visionary was saying, "Hey, I got an idea: let's eat inside." Thus ended the first great age of picnics.

This isn't to say that people stopped eating outside. Think of theshepherds eating in the mountains and pastures for thousands of years inthe Middle East, in North Africa, in Europe. Think of the caravans on theSilk Road, the native hunters in the dark forests of North America, thepilgrims trekking toward Canterbury or Mecca, the soldiers of countlesskings and emperors and lords, the slaves building the pyramids, tillingthe fields, clearing the land. Didn't all these millions of anonymous peopleeat outside frequently, if not daily? The Bible has all kinds of outdoorconsumption going on. Just consider the Jews on their long journeyfrom Egypt to Israel. Weren't they sort of picnicking the whole way?(Or would it be more accurately described as mobile noshing?)

But as I often say, eating outdoors does not a picnic make. So whenwas the modern idea of a picnic born? Nearly all the outdoor eating describedabove was done either out of necessity or convenience, thoughobviously it is at least partially related to today's picnic. But I wantedto know when the idea of a leisurely, slightly festive, possibly intimateoutdoor meal was conceived. Perhaps the seasonal religious feasts andfestivals of people all across the globe should be mentioned. But evenmore significant are the pursuits of the privileged classes. These werethe people who had the luxury of dining inside all the time if they wanted to, which meant they could dine outside when they felt like it.The Frenchman Gaston de Foix described an outdoor hunting feast in1387. And Jean Froissart, the French chronicler and poet, wrote thispassage around the same time:

Clear and fresh was the morn, and we came to a thorn-bushall white with blossom; lance-high it stood, with fair greenshade beneath. Then said one, "Lo! a place made for ourpleasant repose; here let us break our fast!" Then with oneaccord we brought forth the meats — pasties, hams, winesand bakemeats, and venison packed in heath. There was mylady ruler of the feast; and then it pleased her to say forthe comfort of my martyrdom, that she retained me for herown; whereat my heart opened a fathom wide.

When I read this, I was so pleased I screamed like a little girl and nearlygot myself kicked out of the library. What this passage showed was notonly a pleasure outing, but a romantic pleasure outing. This indeed was apicnic. If I had had a big red stamp that read "PICNIC," I would havebranded this passage right there in the library. Of course, our modernidea of romantic love and courtship was created in large part by writerslike Froissart, Petrarch, and Dante in the thirteenth and fourteenth centuries,and therefore it isn't surprising that Froissart described one ofthe first romantic picnics, or that the French were doing it first.

We can also blame the French for giving picnics a name. Pique-niqueis a simple compound word that appeared in France in the late 1600s.Picorer means to pick or peck at something. Nique is something of littlevalue, some trifle. And the French were good at it. By the 1740s, theword had crossed over into English — perhaps via the Germanpicknick — though to be fair, Londoners had been dining in outdoor pleasuregardens for decades already.

One of the most famous English picnic institutions, founded in 1800,was the Picnic Society, a group of stylish Londoners who met periodicallyto dine together. Each member brought a preassigned dish or beverage,which to me makes it sound as though the Picnic Society wasreally just a fancy potluck club, especially when you consider the factthat the Picnic Society actually met and dined indoors (in the Pantheonon Oxford Street, to be precise).Continues...