The End Of Poverty

The End Of Poverty

Economic Possibilities for Our time

An international economic advisor shares a wide-spectrum theory about how to enable economic success throughout the world, posing solutions to top political, environmental, and social problems that contribute to poverty.

NPR stories about The End Of Poverty

May 20, 2005 • More than a billion people live in extreme poverty, plagued by diseases such as AIDS and malaria, and without enough fresh water to drink or food to eat. Jeffrey Sachs of the Earth Institute at Columbia University and Lester Brown, founder of the Earth Policy Institute, tell Ira Flatow about meeting the needs of a growing population.Can science and technology play a role?

Excerpt: The End Of Poverty 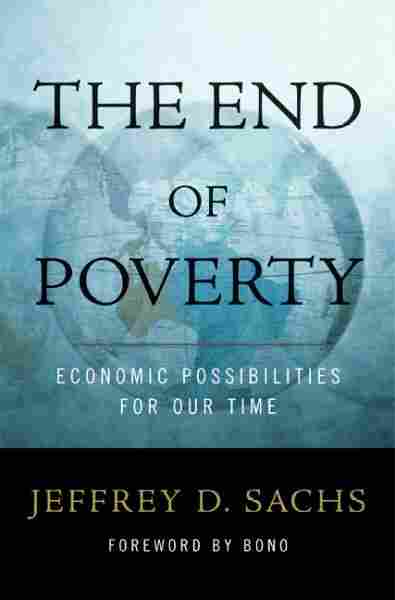 The End of Poverty

Economic Possibilities For Our Time

The path from poverty to development has come incredibly fast in the span of human history. Two hundred years ago, the idea that we could potentially achieve the end of poverty would have been unimaginable. Just about everybody was poor with the exception of a very small minority of royals and landed gentry. Life was as difficult in much of Europe as it was in India or China. With very few exceptions, your great-great-grandparents were poor and most likely living on the farm. One leading economic historian, Angus Maddison, puts the average income per person in Western Europe in 1820 at around 90 percent of the average income of sub-Saharan Africa today. Life expectancy in Western Europe and Japan as of 1800 was probably about forty years.

There was little sense a few centuries ago of vast divides in wealth and poverty around the world. China, India, Europe, and Japan all had similar income levels at the time of European discoveries of the sea routes to Asia, Africa, and the Americas. Marco Polo, of course, marveled at the sumptuous wonders of China, not at its poverty. Cortés and his conquistadores expressed astonishment at the riches of Tenochtitlán, the capital of the Aztecs. The early Portuguese explorers in Africa were impressed with the well-ordered towns in West Africa.

Until the mid-1700s, the world was remarkably poor by any of today's standards. Life expectancy was extremely low; children died in vast numbers in the now rich countries as well as the poor countries. Disease and epidemics, not just the black death of Europe, but many waves of disease, from smallpox and measles to other epidemics, regularly washed through society and killed mass numbers of people. Episodes of hunger and extreme weather and climate fluctuations sent societies crashing. The rise and fall of the Roman Empire, for Arnold Toynbee, was much like the rise and decline of all other civilizations before and since. Economic history had long been one of ups and downs, growth followed by decline, rather than sustained economic progress.

The Novelty of Modern Economic Growth

If we are to understand why vast gaps between rich and poor exist today, we need therefore to understand a very recent period of human history during which these vast gaps opened. The past two centuries, since around 1800, constitute a unique era in economic history, a period that the great economic historian Simon Kuznets famously termed the period of Modern Economic Growth, or MEG for short. Before the era of MEG, indeed for thousands of years, there had been virtually no sustained economic growth in the world and only gradual increases in the human population ...