May 25, 2005 • What is hip? And how deeply does it affect American culture? New York Times columnist John Leland explores these questions in Hip: The History. Farai Chideya speaks with Leland about his latest book.

November 22, 2004 • What do Miles Davis, Ralph Waldo Emerson and Bugs Bunny have in common? They're all hip, says John Leland, the author of a new history of that coveted but elusive quality. 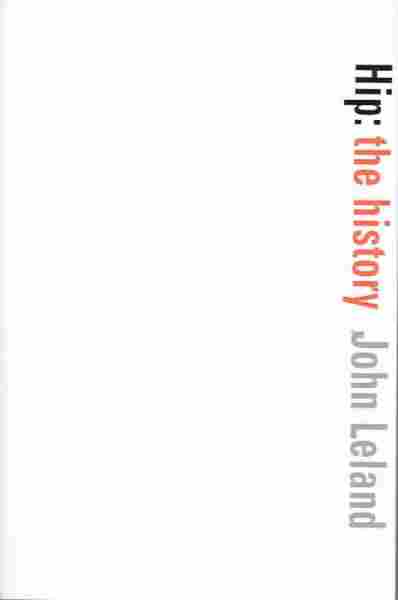 In the Beginning There Was Rhythm Slavery, Minstrelsy and the Blues

Do you know what a nerd is? A nerd is a human being without enough Africa in him or her ... You know why music was the center of our lives for such a long time? Because it was a way of allowing Africa in. - Brian Eno

Toward the end of 1619, John Rolfe, the first tobacco growerof Virginia, noted the arrival of a new import to the Britishcolonies. Rolfe (1585-1622) is best known as the husband ofPocahontas, and it was his experiments with growing tobaccothat saved the Jamestown settlement from ruin. The incomingcargo he noted on this day would change the course of tobaccoand the colonies as a whole. "About the last of August," hewrote, "came a Dutch man of war that sold us twenty Negroes."

These slaves, likely looted from a Spanish ship or one of theSpanish colonies to the south, were not the first Africanslaves in North America. The Spanish explorers Pánfilo deNarváez, Menendéz de Avilés and Coronado had all broughtslaves into what is now Florida and New Mexico. Yet the 20Africans who were brought ashore at modern-day Hampton,Virginia, then carried upriver for sale in Jamestown, formallymarked the beginning of what would be 246 years of America's"peculiar institution" of slavery. Five years after theirarrival, a 1624 census of Virginia recorded the presence of 22blacks. Before the country banned new imports in 1808, leavingstill the illegal market, around 600,000 to 650,000 Africanswere brought to the states in bondage; by 1860, on the eve ofthe Civil War, there were almost 4 million slaves in theUnited States, out of a total population of 31 million.

A pressing question in the evolution of hip is, why here? Whydid hip as we know it, and as it is emulated around the world,arise as a distinctly American phenomenon? Many of itssignature elements existed among the bohemians of the LeftBank in Paris - or, for that matter, among those of Bohemia,now a part of the Czech Republic. The European capitalsembraced the romance of scruff at least as early as HenriMurger's 1840s literary sketches, Scènes de la vie die bohème,or Giacomo Puccini's 1896 opera based on the sketches, LaBohème. Yet it is impossible to imagine Europe producing theblues or the Beats, the Harlem Renaissance or the Factory.What distinguished the United States is both simple and, inits ramifications, maddeningly, insolubly complex. Thatdifference is the presence of Africans, and the coexistence oftwo very different populations in a new country with undefinedboundaries. Without the Africans, there is no hip.

To be finer about it, there is no hip without AfricanAmericans and European Americans, inventing new identities forthemselves as Americans in each other's orbit. Thesefirst-generation arrivals, black and white, and their second-,third- and fourth-generation heirs, learned to be Americanstogether. As a self-conscious idea, America took shape acrossan improvised chasm of race. Some of the most passionatearguments over slavery were economic rather than moral: AdamSmith argued that it undermined the free market for labor;defenders countered that the peculiar institution was morehumane than the "wage slavery" of northern factories. But on apractical level, people on both sides of the divide neededstrategies for negotiating the conundrum that held them apart,interdependent but radically segregated.

These strategies are hip's formative processes. While we oftenthink of hip as springing whole into the world in the 1920s or1950s, its roots go back at least another century. Hipsterlanguage, stance and irony begin not in the cool poses of themodern city but on the antebellum plantation, in the interplayof these two populations. For all their difference instanding, the black and white foreigners taught each other howto talk, eat, sing, worship and celebrate, each side learningas it was being learned. Customs passed back and forth. Thoughhistory texts talk of Africans becoming Europeanized, or ofEuropeans stealing the blues, the ways the two populationsdealt with each other were more complicated than that. Suchborrowing is never indiscriminate, nor the copying exact. Likedigital samplers, the borrowers pick and choose what works forthem, and shape it to their own ends; the final productcomments on both its origins and its manipulations.

This produced the feedback loop of hip, which centuries latergives us white kids sporting doo rags. Against the largerstory of racial oppression and animosity, there was also oneof creative interplay. The two populations had something totake from each other. In the decades bracketing the Civil War,when a maturing America began to stage stories about itself,it created two idioms that reflected exactly this unresolvedvortex. The first is the blackface minstrel show, whichsurfaced in the 1820s and 1830s and is considered America'sfirst popular culture. The second is the blues, which appearedtoward the end of the century. These two forms, nurtured onAmerican soil, are the twined root stems of hip. We live amongtheir branches to this day.

If hip is a story of synthesis in the context of division, itsorigins lie in the unique structure of slavery in America,which pushed the two populations together. In the massivesugar plantations of Brazil and the Caribbean, which accountedfor the majority of the transatlantic slave trade, slaveslived in overwhelmingly black worlds. Owners ran theseplantations from a distance, working their slaves to death inthe tropical climes and then importing huge waves ofreplacements. African cultures and languages, constantlyreplenished by new arrivals, survived relatively undiluted,and do to this day. In North America, by contrast, until theinvention of the cotton gin in 1793 spurred the growth of bigplantations, most farms were small and required few slaves.Owners worked the land, often without overseers between themand the slaves ...