The Race to Save the Lord God Bird

The Race to Save the Lord God Bird

Title
The Race to Save the Lord God Bird
Author
Phillip M. Hoose

The tragedy of extinction is told through the history of the legendary Ivory-billed Woodpecker, in a moving tale spanning two hundred years and involving such characters as John James Audubon, James Turner, and a group of Cuban scientists determined to save the Ivory-bill.

NPR stories about The Race to Save the Lord God Bird

The Significance of the Ivory-Billed Woodpecker

April 29, 2005 • Phillip Hoose explains the importance of the ivory-billed woodpecker sighting. Hoose is author of The Race to Save the Lord God Bird and senior conservation planner for the Nature Conservancy's Canada-U.S. Partnership.

The Significance of the Ivory-Billed Woodpecker

Excerpt: The Race To Save The Lord God Bird 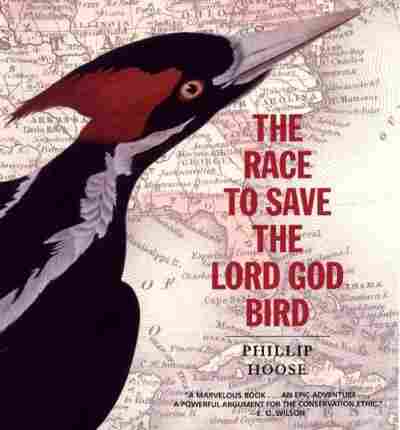 From THE RACE TO SAVE THE LORD GOD BIRD:
INTRODUCTION
A BIRD OF THE SIXTH WAVE

To become extinct is the greatest tragedy in nature. Extinction means that all the members of an entire species are dead; that an entire genetic family is gone, forever. Or, as ornithologist William Beebe put it, "When the last individual of a race of living things breathes no more, another heaven and another earth must pass before such a one can be again."

Some might argue that this doesn't seem so tragic. After all, according to scientists, 99 percent of all species that have ever lived are now extinct. And there have already been at least five big waves of mass extinction, caused by everything from meteorites to drought. The fifth and most recent wave, which took place a mere 65 million years ago, destroyed the dinosaurs along with about two-thirds of all animal species alive at that time. In other words, we've been through this before.

But the sixth wave, the one that's happening now, is different. For the first time, a single species, Homo sapiens-humankind-is wiping out thousands of life forms by consuming and altering the earth's resources. Humans now use up more than half of the world's fresh water and nearly half of everything that's grown on land. The sixth wave isn't new; it started about twelve thousand years ago when humans began clearing land to plant food crops. But our impact upon the earth is accelerating so rapidly now that thousands of species are being lost every year. Each of these species belongs to a complicated web of energy and activity called an ecosystem. Together, these webs connect the smallest mites to the greatest trees.

This is a story about a species of the sixth wave, a species that was-and maybe still is-a bird of the deep forest. It took only a century for Campephilus principalis, more commonly known as the Ivory-billed Woodpecker, to slip from a flourishing life in the sunlit forest canopy to a marginal existence in the shadow of extinction. Many species declined during that same century, but the Ivory-bill became the singular object of a tug-of-war between those who destroyed and sold its habitat and a new breed of scientists and conservationists dedicated to preserving species by saving habitat. In some ways, the Ivory-bill was the first modern endangered species, in that some of the techniques used today to try to save imperiled plants and animals were pioneered in the race to rescue this magnificent bird.

I say the Ivory-bill "maybe still is" a bird of the deep forest because some observers, including some very good scientists, believe that a few Ivory-bills continue to exist. Since I first became interested in birds in 1975, I have read or heard dozens of reports that someone has just caught a fresh glimpse or heard the unmistakable call of the Ivory-bill. Again and again, even the slimmest of rumors sends hopeful bird-watchers lunging for their boots, smearing mosquito repellent onto their arms, and bolting out the door to look for it. Year after year they return with soggy boots, bug-bitten arms, and no evidence.

The Ivory-bill is a hard bird to give up on. It was one of the most impressive creatures ever seen in the United States. Those who wrote about it-from John James Audubon to Theodore Roosevelt-were astonished by its beauty and strength. They gave it names like "Lord God bird" and "Good God bird." Fortunately, in 1935, when there were just a few left, four scientists from Cornell University took a journey deep into a vast, primitive swamp and came back with a sound recording of the phantom's voice and twelve seconds of film that showed the great bird in motion. It was a gift from, and for, the ages.

Cornell's image sparked a last-ditch effort led by the Audubon Society to save the Ivory-bill in its wilderness home before it was too late. But others were equally intent on clearing and selling the trees before the conservationists could rescue the species.

The race to save the Ivory-bill became an early round in what is now a worldwide struggle to save endangered species. Humans challenged the Ivory-bill to adapt very quickly to rapidly shifting circumstances, but as events unfolded, the humans who tried to rescue the bird had to change rapidly, too. The Ivory-bill's saga-perhaps unfinished-continues to give us a chance to learn and adapt. As we consider the native plants and animals around us, we can remind ourselves of the race to save the Lord God bird and ask, "What can we do to protect them in their native habitats while they're still here with us?"

THE RACE TO SAVE THE LORD GOD BIRD copyright 2004 by Phillip Hoose. Used with the permission of Farrar Straus Giroux.