Enslaved Women and Everyday Resistance in the Plantation South

NPR stories about Closer to Freedom 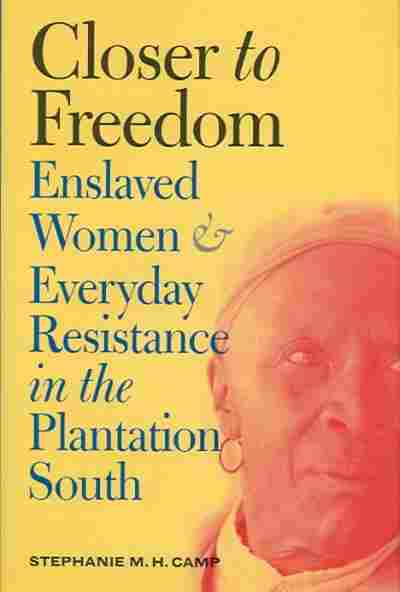 Enslaved Women and Everyday Resistance in the Plantation South

The University of North Carolina Press

A Geography of Containment

The Bondage of Space and Time

The Principles of Restraint

At the heart of the process of enslavement was a spatial impulse: to locate bondpeople in plantation space and to control, indeed to determine, their movements and activities. Enslaved people in the nineteenth century were trapped in more than an exploitative labor relation; they were the captive losers in a battle for power that had begun centuries earlier in the Atlantic maritime world. As outsiders, heathens, perhaps even beasts, Africans were, unlike Europeans (no matter how debased), viewed as fundamentally enslaveable by the European merchants, planters, travelers, and adventurers who traversed the Atlantic world. Once enslaved, Africans were considered more like the captives of war to whom they were compared in the early, formative years of American slavery than to the indentured servants to whom they are sometimes compared now. In the minds of the earliest participants in and witnesses to the African slave trade, as historian Winthrop Jordan has put it, "enslavement was captivity."

Geographies of Containment Antebellum slaveholders put the principles of restraint into practice in everyday life, adding to them their own plantation rules and building "geographies of containment" on their farms. Place functioned both metaphorically and literally in the Old South. Enslaved people's inferior and subjected position within the framework of antebellum southern society, their social "place," was reflected and affirmed by white control over their location in space, their literal place. Place, metaphorical and literal, came alive in the memories of slavery that some people carried with them in freedom. Only so long as "slaves stayed in deir places," Harriet Miller recalled, were they not "whipped or put in chains." As Andrew Boone said, "If you wus out widout a pass dey would shore git you. De paterollers shore looked after you. Dey would come to de house at night to see who wus dere. If you wus out of place, dey would wear you out." Slaveholders' power to define bondpeople's proper location illustrated slaveholding authority, and it did the same for the subjugation of the enslaved. By dictating bondpeople's locations, slaveholders made their plantations controlled and controlling landscapes that had a distinctly nineteenth-century cast. In the decades after the Revolution, proslavery ideology shifted subtly from the patriarchalism of the colonial period to paternalism, a form of social control more consistent with the humanitarian ideals of the age. During the colonial era, planters had not sought to convince enslaved people of the legitimacy of bondage. Before the success of the Revolution, elites had scarcely bothered to justify what seemed only natural, namely, hierarchical societies. Even if planters had desired control of the hearts and minds of African slaves, they could not have won it: language, meaning systems, and values all stood in the way. Rather than seeking to educate and convince their subordinates of the rightness of their world-as paternalist planters would do later-patriarchs sought simply to maintain their place in the social order.