Accessibility links
The Latino Wave NPR coverage of The Latino Wave: How Hispanics Will Elect the Next American President by Jorge Ramos and Ezra E. Fitz. News, author interviews, critics' picks and more.

How Hispanics Will Elect the Next American President

Title
The Latino Wave
Subtitle
How Hispanics Will Elect the Next American President
Author
Jorge Ramos and Ezra E. Fitz

Assesses the impact of the Latino vote on American politics, exploring issues that are important to Latin Americans today while making predictions about and recommendations for the 2004 presidential election.

NPR stories about The Latino Wave

December 8, 2004 • NPR's Alex Chadwick talks with Jorge Ramos, an anchor for the Spanish-language television network Noticiero Univision and author of The Latino Wave: How Latinos Will Elect the Next American President, about the new Pew Hispanic Center study on Latino self-identity. 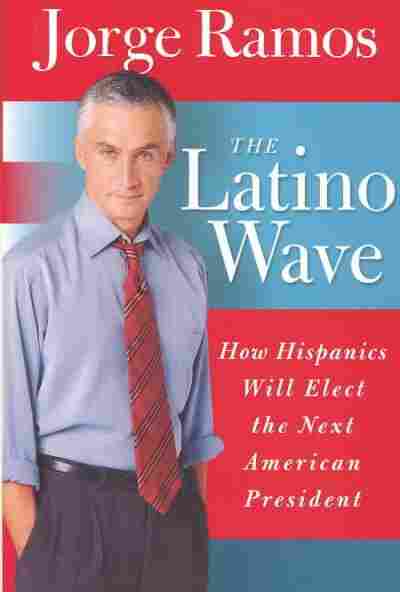 How Hispanics Will Elect the Next American President

The Latino vote put George W. Bush into the White House. Which isno great surprise, considering that he occasionally refers to himself as"Jorge Bush."

Bush knew that Hispanic voters were different from whites,blacks, and Asians, and he treated them differently. It's thanks to thisthat he won Arizona, Colorado, Nevada, Texas, and Florida. Put anotherway, Bush won 5 of the 10 states where over 10 percent of thepopulation is of Latin origin. The 2000 White House was won withan accurately targeted political strategy that proved critical in hisvictory over Al Gore. Bush had good reason to focus his efforts onLatinos. They — and no other minority — gave him the final push heneeded to reach the White House.

Bush has never underestimated the growing importance of theHipanic vote. When he first won the election to be governor of Texasin 1994, he did so with 29 percent of the Hispanic vote, which wasenough to defeat the popular incumbent governor Ann Richards.This 29 percent may not sound like much, but it is a considerable increaseover the 23 percent of Texas Hispanics who voted for his father,George H. W. Bush, in the 1988 presidential election. When you aretalking about thousands of votes, 6 percent is a huge number.

Bush quickly grasped that his political future in Texas could verywell depend on capturing the Latino vote, and during his gubernatorialreelection in 1998 the figure had risen to a surprising 38 percent.

You don't have to be a professional analyst to see that Bush instinctivelyknows where key votes lie. Since 1994, his strategy has beenthe same: gain more of the Latino vote. How? Appear on Hispanictelevision, speak — or try to speak — Spanish, and emphasize the importanceof family. Regarding this latter point, Bush had a distinctadvantage over his opponents in the 2000 presidential race: his owntightly knit Bush clan, was very much in evidence.

One of the most comprehensive studies done on the Hispanicvote in the 2000 elections — conducted by Adam J. Segal, director ofthe Hispanic Voter Project at Johns Hopkins University — concludedthat Bush and the Republicans spent more than twice what Goreand the Democrats did for airtime on Spanish television. According tothe study, entitled "The Hispanic Priority," Bush and his party spentsome $2,274,000 on Spanish-language TV ads, whereas Gore's expendituretotaled only $960,000. (Gore's investment was only slightlymore than the $909,000 amount that Bill Clinton spent during his reelectioncampaign of 1996.)

But that's not all. Gore and the Democrats committed a fatalerror in deciding to spend absolutely nothing on ads to run on Miamichannels 23 (Univision) and 51 (Telemundo). They are the two mostwatched Spanish channels in south Florida, and their ratings frequentlysurpass those of the English-language news broadcasts. Bushand the Republicans, on the other hand, spent some $785,000 onpaid political ads to be broadcast on Univision and Telemundo'sMiami affiliates.2 Cuban Americans in Miami gave their votes — andthus victory — to Bush in Florida. "In a decision that ultimately mayhave won Bush the presidency, his campaign and the RNC heavilytargeted the Spanish-language television stations in Miami/Ft. Lauderdale,Orlando, and Tampa as part of an aggressive strategy to win thestate of Florida and its 25 electoral votes (out of 538 total)," accordingto Adam Segal.

The critical question, which may sound ironic, is whether Hispanicvoters really do watch Spanish-language television. All signspoint to "yes," and the numbers are growing. The New York Times,using a study conducted by the Pew Hispanic Center, calculated that "about half of Latino voters said they got their news on television inEnglish, 27 percent said they watch English and Spanish news, and 19percent tune in to Spanish newscasts most of the time." Which is tosay, 46 out of every 100 Latinos get at least some of their news in Spanish.This figure is supported by data collected by Hispanic Trends,which puts the figure at 45 percent. But what's really interesting isthat, in 1990, only 1 in 4 Hispanics watched Spanish-language news.The figure has nearly doubled. Hispanic viewers of television are multiplying,and quickly.

The impact that Univision and Telemundo had on Hispanic votersis unquestionable. Adam Segal, from Johns Hopkins University,cites Leonard Rodriguez, a former Bush campaign staff memberand consultant, who says: "The leader, Univision, draws more than4 million U.S. viewers to at least one of its national news shows and itscredibility was recently proven with an Emmy for reporting ... Telemundois also undergoing phenomenal growth." Pablo Izquierdo, aHispanic advertising consultant to the Gore campaign, confirms this:"They are crucial ... Nielsen has rated the Miami Univision stationseveral times being even more watched during prime time than generalmarket stations."

Both networks' influence is expanding. NBC paid over $2 billionto acquire Telemundo, and Univision — which owns or is affiliatedwith some 50 Spanish-language television stations — has acquired theHispanic Broadcasting Corporation (HBC), which encompasses 63radio stations across the country. The U.S. Department of Justice approvedthe $3.5 billion transaction in February 2003, thus "pavingthe way for a behemoth that will dominate Spanish-language television,radio, music publishing and the Internet."

Hispanics are particularly concerned with their children's educations,and with the threats their families face — including drugs,violence, gangs, and divorce — in North American society. It shouldcome as no surprise, then, that both campaigns focused their messageson such themes as how to protect families from high medical bills,school quality, dropout rates, and the problems posed by crime. Butdifferences in presentation were apparent even in the titles the ads used: the Republican commercials were highly personal — "Same asMine," "How About You?" "The American Dream for Everyone" — while the Democrats' were more direct — "Your Vote," "Issues," and"Faces of North America."Continues...