A Short History Of Tractors In Ukrainian

A Short History Of Tractors In Ukrainian

Putting aside a lifetime of rivalry when they learn that their recently widowed father is planning to remarry, sisters Vera and Nadezhda find themselves outmaneuvered by their father's scheming fiancâee.

NPR stories about A Short History Of Tractors In Ukrainian

April 20, 2005 • Author Marina Lewycka discusses her debut novel, A Short History of Tractors in Ukrainian. The novel, about Ukraine's dark political past, has made the shortlist for the prestigious Orange Prize for Fiction.

Excerpt: A Short History Of Tractors In Ukrainian 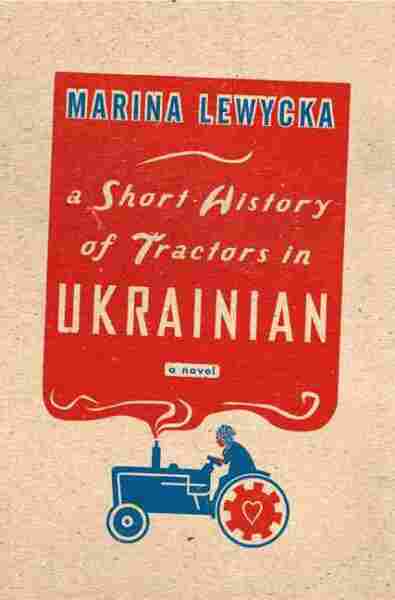 A Short History of Tractors in Ukrainian

Two phone calls and a funeral

Two years after my mother died, my father fell in love with a glamorous blonde Ukrainian divorcee. He was eighty-four and she was thirty-six. She exploded into our lives like a fluffy pink grenade, churning up the murky water, bringing to the surface a sludge of sloughed-off memories, giving the family ghosts a kick up the backside.

It all started with a phone call.

My father's voice, quavery with excitement, crackles down the line.

I remember the rush of blood to my head. Please let it be a joke! Oh, he's gone bonkers! Oh, you foolish old man! But I don't say any of those things.

"Yes, yes. She is coming with her son from Ukraina. Ternopiol in Ukraina." Ukraina: he sighs, breathing in the remembered scent of mown hay and cherry blossom. But I catch the distinct synthetic whiff of New Russia.

Her name is Valentina, he tells me. But she is more like Venus. "Botticelli's Venus rising from waves. Golden hair. Charming eyes. Superior breasts. When you see her you will understand."

The grown-up me is indulgent. How sweet-this last late flowering of love. The daughter me is outraged. The traitor! The randy old beast! And our mother barely two years dead. I am angry and curious. I can't wait to see her-this woman who is usurping my mother.

"She sounds gorgeous. When can I meet her?"

"After marriage you can meet."

"I think it might be better if we could meet her first, don't you?"

"Why you want to meet? You not marrying her." (He knows something's not quite right, but he thinks he can get away with it.)

"But Pappa, have you really thought this through? It seems very sudden. I mean, she must be a lot younger than you."

I modulate my voice carefully, to conceal any signs of disapproval, like a worldly-wise adult dealing with a love struck adolescent.

There is a snap in his voice. He has anticipated this question.

"Nadezhda, I never thought you would be so bourgeois." (He puts the emphasis on the last syllable - wah!)

There will be no problems, says Pappa. He has anticipated all problems. He has known her for three months.