Capturing the Spirit of the Deciduous Forest

April 15, 2005 • A predictable yet wondrous event has begun around the country: the American dogwood is in bloom. For many, the ancient plant's flowers bring music to mind. 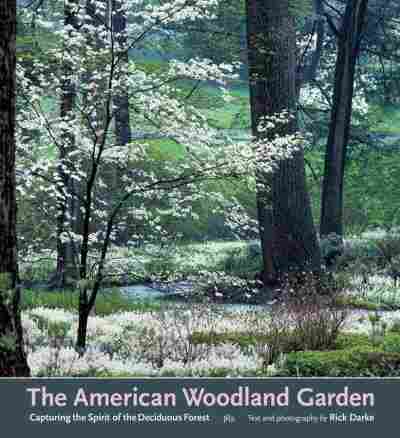 There is no overstating the grandeur and dignity of the deciduous forest canopy: it is truly awesome. I've always found the top of the woods especially enthralling in mid winter, when trees are completely bare of leaves. Stand still and follow the lines of massive trunks skyward, and you'll observe their graceful splitting into repeatedly finer segments until they become mere threads, barely distinguishable to the naked eye. Then move forward just a step or two, while looking up, and literal millions of angles will shift and change. The canopy is a fabulous study in intricate detail.

Exquisitely displayed in winter's exposed canopy, the signature of a tree is written in its branching patterns and angles. Most trees, including beech, Fagus grandifolia, oaks, Quercus species, and hickories, Carya species, branch in an alternate fashion; others, including ash, Fraxinus species, and maple, Acer species, produce branches in opposite pairs. With a keen eye, these differences can be appreciated from considerable distance. Individual branch angles also vary among different species; for example, the angles of beech are relatively narrow, while those of maples are broad. Dormant trees can also be distinguished by the characteristic lines of their branches. The branches of some, including maples, continue along fairly smooth lines. Others such as black gum, Nyssa sylvatica, and burr oak, Quercus macrocarpa, are noted for their sinuous curves.

Marvelous in detail, the canopy is also visually fascinating in broad perspective: a diverse collection of tree shapes sketched by branches, interrupted occasionally by small patches of open sky. The crowns of canopy trees are shaped by many forces including storms and light competition from other trees; however, they often maintain representative outlines. When growing through the canopy and into the light, the summits of tuliptrees, Liriodendron tulipifera, form distinctive spires. Beeches, under the same conditions, become broad, rounded brushes. Breaks in the canopy set off the outlines of the trees, and the also function as literal windows — the forest's fenestration — through which some sunlight will pass to sustain the understory below.

Photo: Straight as rules and strictly upright, the trunks of three tuliptrees, Liriodendron tulipifera, appear as huge black cylinders, their massive lines accentuated by the delicacy of crossing beech branches, in late March in Delaware.