Bush on the Couch

Bush on the Couch

by Justin A. Frank

Title
Bush on the Couch
Author
Justin A. Frank

Presents a psychological profile of George W. Bush, tracing the development of his character from childhood to the present, examining his patterns of thought and behavior, and discussing if he is psychologically fit to run the nation.

NPR stories about Bush on the Couch

The Countess of Culture

October 28, 2004 • Day to Day Countess of Culture Jessica Seigel visits psychiatrist Justin Frank to get professional help for her voting anxiety. Frank is a clinical professor of psychiatry at the George Washington University Medical Center in Washington, D.C. He's also the author of Bush on the Couch: Inside the Mind of the President — an unflattering psychological profile of the nation's chief executive.

Excerpt: Bush On The Couch 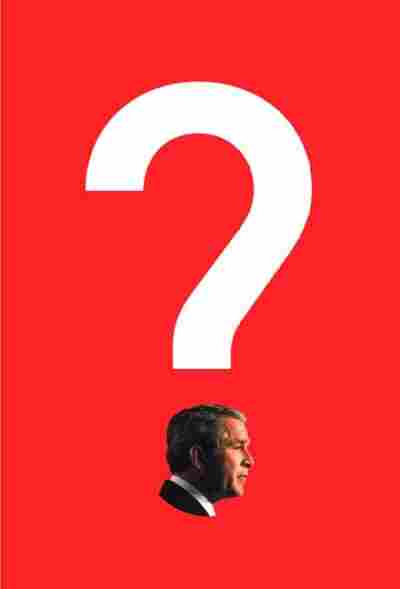 If one of my patients frequently said one thing and did another, I would want to know why. If I found that he often used words that hid their true meaning and affected a persona that obscured the nature of his actions, I would grow more concerned. If he presented an inflexible worldview characterized by an oversimplified distinction between right and wrong, good and evil, allies and enemies, I would question his ability to grasp reality. And if his actions revealed an unacknowledged — even sadistic — indifference to human suffering, wrapped in pious claims of compassion, I would worry about the safety of the people whose lives he touched.

For the past three years, I have observed with increasing alarm the inconsistencies and denials of such an individual. But he is not one of my patients. He is our president.

George W. Bush is a case study in contradiction. All of us have witnessed the affable good humor with which he charms both supporters and detractors; even those of us who disagree with his policies may find him personally likeable. As time goes on, however, the gulf between his personality and those policies — and the style with which they are executed — grows ever wider, raising serious questions about his behavior:

As a citizen, I worry about what these contradictions and inconsistencies say about the president's ability to govern; as a psychoanalyst, I'm troubled by their implications for the president's current and long-term mental health, particularly in light of certain information we know about his past. Naturally, the occasional misstatement or discrepancy between word and deed may be dismissed as politics as usual. But when the most powerful man on the planet consistently exhibits an array of multiple, serious, and untreated symptoms — any one of which I've seen patients need years to work through — it's certainly cause for further investigation, if not for outright alarm.

President Bush is not my patient, of course, but the discipline of applied psychoanalysis gives us a way to make as much sense of his psyche as he is likely ever to allow. At its simplest level, applied psychoanalysis means the application of psychoanalytic principles to anybody outside one's own consulting room. The tradition of psychoanalyzing public figures dates back almost as far as psychoanalysis itself; Freud based some of his most important theories on his observations of individuals he could never get onto his couch, Moses and Leonardo da Vinci most notable among them.

Indeed, if Freud were alive in the second half of the twentieth century, he might well have been recruited to offer his genius in the service of the U.S. intelligence effort. Somewhere in the bowels of the George H. W. Bush Center for Central Intelligence in Langley, Virginia, psychoanalysts are currently reviewing audio recordings, videotapes, and biographical information on dozens of contemporary world leaders, using the principles of applied psychoanalysis to develop detailed profiles for use by the CIA and the U.S. government and military. According to political psychiatrist Jerrold M. Post, M.D., who has chronicled the history of "at-a-distance leader personality assessment in support of policy," the marriage of psychoanalysis and U.S. intelligence dates back to the early 1940s, when the Office of Strategic Services commissioned two studies of Adolf Hitler. The effort was regarded as enough of a success that it was institutionalized in the 1960s, Post writes, first under the aegis of the Psychiatric Staff of the CIA's Office of Medical Services, which "led to the establishment of the Center for the Analysis of Personality and Political Behavior" (CAPPB), which Post founded within the Directorate of Intelligence.

As Post reveals, CIA psychological profiles of Anwar Sadat and Menachem Begin played an important role in Jimmy Carter's handling of the 1978 Camp David negotiations. And applied psychoanaly-sis continues to enjoy a privileged place in the intelligence universe.

"At the time of his confirmation hearings, Secretary of the Defense Donald Rumsfeld identified as his nightmare [the possibility of] not understanding the intentions of dangerous adversaries," Post writes. "Accentuated by some of the recent intelligence ‘surprises,' the need to have a robust applied political psychology capability has been highlighted and increased resources are currently being applied to human intelligence and to the study of the personality and political behavior of foreign leaders, both national leaders and terrorists."

A vote of confidence from today's CIA, of course, might be described as a mixed blessing. Nevertheless, applied psychoanalysis remains a vital tool for understanding political leaders. And since one can scarcely imagine Bush Center resources being committed to a Bush son's psychological profile, this must be an independent inquiry, albeit one that is informed by the CAPPB goal as articulated by its founder, Jerrold M. Post: "to understand shaping events that influenced core attitudes, political personality, leadership and political behavior."Continues...