The Origin Of The Universe

Shares the stories of Big Bang theorists who fought against establishment beliefs about an eternal and unchanging universe to investigate the universe's origins, and then continues with a comprehensive and anecdotal explanation of the Big Bang Theory. By the author of Fermat's Enigma and The Code Book. 100,000 first printing.

February 19, 2005 • In his new book Big Bang: The Origin of the Universe, author Simon Singh speculates on what came before the birth of the universe, and what may eventually happen at its end. 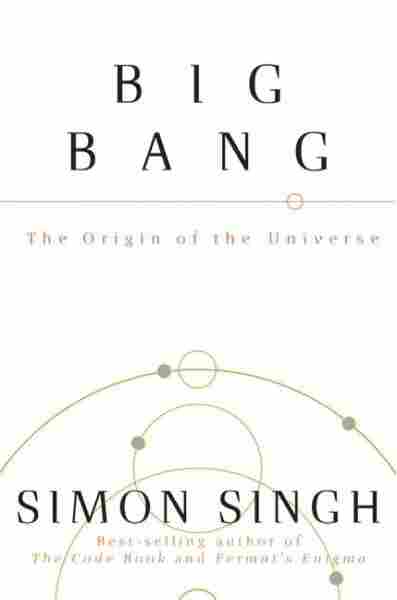 The Origin of the Universe

Our universe is dotted with over 100 billiongalaxies, and each one contains roughly 100billion stars. It is unclear how many planets are orbitingthese stars, but it is certain that at least one ofthem has evolved life. In particular, there is a life form that has hadthe capacity and audacity to speculate about the origin of this vastuniverse.

Humans have been staring up into space for thousands of generations,but we are privileged to be part of the first generation who canclaim to have a respectable, rational and coherent description for thecreation and evolution of the universe.The Big Bang model offers anelegant explanation of the origin of everything we see in the nightsky, making it one of the greatest achievements of the human intellectand spirit. It is the consequence of an insatiable curiosity, afabulous imagination, acute observation and ruthless logic.

Even more wonderful is that the Big Bang model can beunderstood by everyone.When I first learned about the Big Bangas a teenager, I was astonished by its simplicity and beauty, and bythe fact that it was built on principles which, to a very largeextent, did not go beyond the physics I was already learning atschool. Just as Charles Darwin's theory of natural selection is bothfundamental and comprehensible to most intelligent people, theBig Bang model can be explained in terms that will make sense to non-specialists, without having to water down the key conceptswithin the theory.

But before encountering the earliest stirrings of the Big Bangmodel, it is necessary to lay some groundwork.The Big Bang modelof the universe was developed over the last hundred years, and thiswas only possible because twentieth-century breakthroughs werebuilt upon a foundation of astronomy constructed in previous centuries.In turn, these theories and observations of the sky were setwithin a scientific framework that had been assiduously crafted overtwo millennia. Going back even further, the scientific method as apath to objective truth about the material world could start to blossomonly when the role of myths and folklore had begun to decline.All in all, the roots of the Big Bang model and the desire for a scientifictheory of the universe can be traced right back to the decline ofthe ancient mythological view of the world.

From Giant Creators to Greek Philosophers

According to a Chinese creation myth that dates to 600 BC, PhanKu the Giant Creator emerged from an egg and proceeded tocreate the world by using a chisel to carve valleys and mountainsfrom the landscape. Next, he set the Sun, Moon and stars in thesky; he died as soon as these tasks were finished. The death of theGiant Creator was an essential part of the creation process, becausefragments of his own body helped to complete the world. PhanKu's skull formed the dome of sky, his flesh formed the soil, hisbones became rocks and his blood created rivers and seas. The lastof his breath forged the wind and clouds, while his sweat becamerain. His hair fell to Earth, creating plant life, and the fleas that hadlodged in his hair provided the basis for the human race. As ourbirth required the death of our creator, we were to be cursed withsorrow forever after.

In contrast, in the Icelandic epic myth Prose Edda creation startednot with an egg, but within the Yawning Gap. This void separatedthe contrasting realms of Muspell and Niflheim, until one day thefiery, bright heat of Muspell melted the freezing snow and ice ofNiflheim, and the moisture fell into the Yawning Gap, sparking lifein the form of Imir, the giant. Only then could the creation of theworld begin.

The Krachi people of Togo in West Africa speak of anothergiant, the vast blue god Wulbari, more familiar to us as the sky.There was a time when he lay just above the Earth, but a womanpounding grain with a long timber kept prodding and poking himuntil he raised himself above the nuisance. However,Wulbari wasstill within reach of humans, who used his belly as a towel andsnatched bits of his blue body to add spice to their soup. Gradually,Wulbari moved higher and higher until the blue sky was out ofreach, where it has remained ever since.

For the Yoruba, also of West Africa, Olorun was Owner of theSky. When he looked down upon the lifeless marsh, he askedanother divine being to take a snail shell down to the primevalEarth. The shell contained a pigeon, a hen and a tiny amount ofsoil. The soil was sprinkled on the marshes of the Earth, whereuponthe hen and pigeon began scratching and picking at it, until themarsh became solid ground.To test the world, Olorun sent downthe Chameleon, which turned from blue to brown as it movedfrom sky to land, signalling that the hen and pigeon had completedtheir task successfully.

Throughout the world, every culture has developed its ownmyths about the origin of the universe and how it was shaped.These creation myths differ magnificently, each reflecting the environmentand society from which it originated. In Iceland, it is thevolcanic and meteorological forces that form the backdrop to thebirth of Imir, but according to the Yoruba of West Africa it is the familiar hen and pigeon that gave rise to solid land. Nevertheless, allthese unique creation myths have some features in common.Whether it is the big, blue, bruised Wulbari or the dying giant ofChina, these myths inevitably invoke at least one supernatural beingto play a crucial role in explaining the creation of the universe ...Continues...