Henry Louis Gates, Jr. focuses on six Latin American countries, exploring the lives of Latin Americans of African descent and examining how the history of slavery shapes popular culture in those countries today. 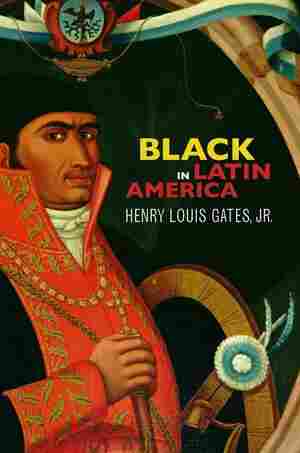 On the wall in my dining room hangs a work of art entitled "Lucky," one of the collages or works of found art created by the African American artist Suesan Stovall. "Lucky" is a dapper black man. He is standing, supported by a cane, one ankle crossing the other, wearing a bow tie, an elegant Panama hat, and brown and white leather shoes. The figure "26" sits in the frame of his portrait. He is the subject of a drawing, not the center of a portrait; nevertheless, he is not a type of racist caricature.

I have always liked this image of Lucky; in fact, it makes me feel lucky myself, which is one reason why I keep this dapper black man in view of the dining table, where I try to write each day. It was several years after acquiring this image that I learned (from Pablo Gonzalez, a framer visiting my house to hang new Stovall collages) that "Lucky" was actually one of fifty-four figures in a very popular Mexican card game, La Lotería Mexicana, or "Mexican Bingo." What in the world was a black man — known affectionately as "El negrito" — doing functioning almost at the center of an array of fifty-four images in one of Mexico's most popular board games, among images entitled "The Rooster," "The Little Devil," "The Lady," "The Dandy," "The Watermelon," "The Apache," "The Skull," "The Rose," "The Scorpion," and "Death," sandwiched between number 25, "El borracho" (The Drunk), and number 27, "El corazón" (The Heart)? And while a literal English translation for el negrito is "little black man," in standard reference works on La Lotería, the term can be used within families, for example, in a kind and loving way, sometimes independent of race, a term of endearment, without irony.

But various sources also gloss el negrito as "the slave, the Negro."

Each of the fifty-four figures in the game is assigned a short motto or description. And what is Lucky's? "The one that ate the sugar." What was this riddle about? What was a black man — not a mulatto in any way but a man with demonstrably Negroid features — doing at the center of a popular Mexican parlor game? Lucky, or El negrito, is a trace of Mexico's long-buried African past. You might say that solving the riddle of the origins of this black man set in motion my desire to explore the African presence in Mexico.

I set out on my journey, nearly overwhelmed by the implications of the research about the slave trade in Mexico that I had just received from the historian David Eltis. Eltis directs the Trans-Atlantic Slave Trade Database, an Internet site freely accessible to all, which consists of a vast database of about thirty-five thousand voyages of slave ships to the New World, between 1502 and 1866. In the earliest years of the slave trade — up until about 1600 — the database indicates that Mexico would have had the largest slave population in the New World. Moreover, according to the most recent estimates from Eltis, approximately seven hundred thousand Africans were brought to Mexico and Peru combined over the course of the slave trade, an estimate much higher than previously thought. That is a quarter million more black people than came to the United States in the entire course of the slave trade! If this is so, where are their descendants? Why don't we think of Mexico as an Afro-Latin American country?

Hernán Cortés was the first conquistador to arrive in Mexican territory in 1519. The final conquest of Mexico-Tenochtitlan took place in 1521. Soon after, the Spanish started to settle there, as they would do in Peru, and a surprisingly large slave trade began. By 1580, Spanish people had been living in Mexico for sixty years. By the beginning of the seventeenth century, although the slave trade had hardly begun, Mexico had one of the biggest slave populations in Latin America, and I would venture that very few Americans realize this. Before 1550, most of the slaves were taken to the island of Hispaniola. The sixteenth-century historian Gonzalo Fernández de Oviedo y Valdés described Hispaniola as a "new Guinea" at about this time. To put this in perspective, by 1550, the island of Hispaniola — the home of Haiti and the Dominican Republic today — was in the midst of its sugar boom, which lasted until 1580. But Mexico was itself beginning to boom economically, thanks to silver-mining discoveries in the 1540s. Mexico was in its early stages of colonization, but it took off quickly and was getting to be quite prominent by the mid- to late-sixteenth century. In other words, Mexico and Hispaniola were both experiencing a form of economic boom between 1550 and 1580; and Mexico surpassed Hispaniola in economic importance before the end of the sixteenth century.

Where are the descendants of these slaves today? Do they hope for racial democracy, as Afro-Brazilians do? What do Afro-Mexican children know of their heritage, and how do the descendants of Mexico's slaves see their future? Do they exist as a distinct class or ethnic group, or is the black presence buried deep in the admixture of Mexico's collective DNA?