Accessibility links
East of the West NPR coverage of East of the West: A Country in Stories by Miroslav Penkov. News, author interviews, critics' picks and more.

East of the West

East of the West

A Country in Stories

A Eudora Welty Prize-winning writer presents a debut collection of stories inspired by the author's native Bulgaria. The eccentric tales include one about a grandson who tries to buy the corpse of Lenin on eBay for his communist grandfather, and another a boy who meets a beloved cousin every five years on the river that divides their village.

NPR stories about East of the West 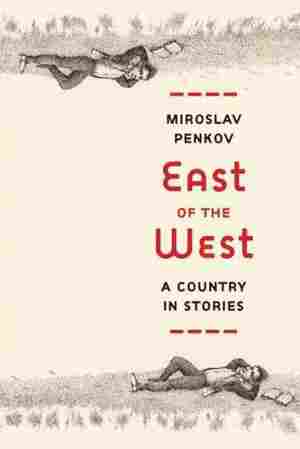 July 30, 2011 • Author Miroslav Penkov's new book is a bittersweet, slightly magical history of his native Bulgaria, complete with cross thieves, tragic lovers and a young man who buys the corpse of Lenin on eBay for his Communist grandfather.

Excerpt: East Of The West

When Grandpa learned I was leaving for America to study, he wrote me a goodbye note. "You rotten capitalist pig, the note read, have a safe flight. Love, Grandpa." It was written on a creased red ballot from the 1991 elections, which was a cornerstone in Grandpa's Communist ballot collection, and it bore the signatures of everybody in the village of Leningrad. I was touched to receive such an honor, so I sat down, took out a one- dollar bill, and wrote Grandpa the following reply: "You communist dupe, thanks for the letter. I'm leaving tomorrow, and when I get there I'll try to marry an American woman ASAP. I'll be sure to have lots of American children. Love, your grandson."

There was no good reason for me to be in America. Back home I wasn't starving, at least not in the corporeal sense. No war had driven me away or stranded me on foreign shores. I left because I could, because I carried in my blood the rabies of the West. In high school, while most of my peers were busy drinking, smoking, having sex, playing dice, lying to their parents, hitchhiking to the sea, counterfeiting money or making bombs for soccer games, I studied English. I memorized words and grammar rules and practiced tongue twisters, specifically designed for Eastern Europeans. Remember the money, I repeated over and over again down the street, under the shower, even in my sleep. Remember the money, remember the money, remember the money. Phrases like this, I'd heard, helped you break your tongue.

My parents must have been proud to have such a studious son. But no matter how good my grades, Grandpa never brought himself to share their sentiments. H e despised the West, its moral degradation and lack of values. As a child, I could read only those books he deemed appropriate. Party Secret was appropriate. Treasure Island was not. The English language, Grandpa insisted, was a rabid dog, and sometimes a single bite was all it took for its poison to reach your brain and turn it to crabapple mash. "Do you know, sinko," Grandpa asked me once, "what it is like to have crabapple mash for brains?" I shook my head, mortified. "Read English books, my son, and find out for yourself."

The first few years after my grandmother's death, he stayed in his native village, close to her grave. But after Grandpa had a minor stroke, my father convinced him to come back to Sofia.

He arrived at our threshold with two bags — one full of socks, pants and drawers, the other of dusty books. "An educational gift," he said, and hung the bag over my shoulder and tousled my hair, as though I were still a child.

Every week, for a few months, he fed me a different book. Partisans, plots against the tsarist regime. "Grandpa, please," I'd say. "I have to study."

"What you have to do is acquire a taste." He'd leave me to read but then would barge into my room a minute later with some weak excuse. H ad I called him? D id I need help with a difficult passage? Grandpa, these are children's books. First children's books, then Lenin's. He'd sit at the foot of my bed, and motion me to keep on reading.

If I came home from school frightened because a stray dog had chased me down the street, Grandpa would only sigh. Could I imagine Kalitko the shepherd scared of a little dog? If I complained of bullies Grandpa would shake his head. Imagine Mitko Palauzov whining.

Mitko Palauzov was killed in a dugout. "A brave and daring boy indeed," Grandpa would say, and pinch his nose to stop the inevitable tears.

And so one day I packed up the books and left them in his room with a note. Recycle for toilet paper. Next time he saw me, I was reading The Call of the Wild.

From then on Grandpa listened to the radio a lot, read the Communist newspaper Duma and the collected volumes of his beloved Lenin. He smoked unfiltered cigarettes on the balcony and recited passages from volume twelve to the sparrows along the TV antenna. My parents were concerned. I was truly amused.

"Did you hear, Grandpa," I asked him once, "about the giraffe who could fly?"

"Giraffes can't fly," he said. I told him I'd just read so in Duma, on the front page at that, and he rubbed his chin. He pulled on his mustache. "Perhaps a meter or two?" he said.

"Did you hear, Grandpa," I kept going, "that last night in Moscow Yeltsin fed vodka to Lenin's corpse? They killed the bottle together and, hand in hand, zigzagged along the square."

There was something exhilarating about teasing Grandpa. On the one hand, I was ashamed, but on the other . . . Sometimes, of course, I went too far and he tried to smack me with his cane. "Why aren't you five again?" he'd say. "I'd make your ears like a donkey's."

It was not the teasing but rather the sight of me hunched over an abridged edition of the Oxford English Dictionary that finally drove Grandpa back to his native village. When my father asked for an explanation, he could not let himself admit the real reason. "I'm tired of looking at walls," he said instead. "I'm tired of watching the sparrows shit. I need my Balkan slopes, my river. I need to tidy your mother's grave." We said nothing on parting. He shook my hand.