After he finds an envelope full of cash, fifty-year-old Eugene Wren, who is plagued by a shameful addiction, posts a notice about the find around Portobello Road, and soon he is connected to other Londoners, all with their own obsessions and despairs. 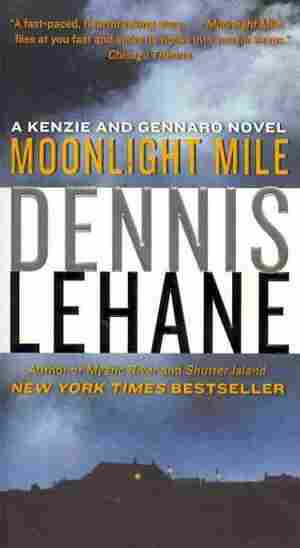 July 27, 2011 • Dennis Lehane returns to a torn character he invented a decade ago, Ruth Rendell visits London's Portobello Road, Karen Russell sets her debut in the Florida swamps, and Anne Fortier explores Romeo and Juliet in a modern love story. Meanwhile, Rosanne Cash reflects on her life and famous family. 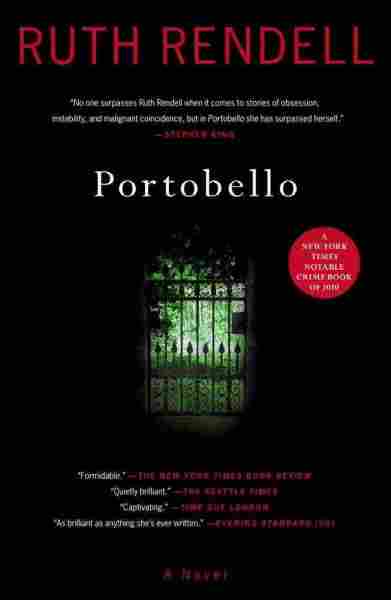 IT IS CALLED the Portobello Road because a long time ago a sea captain called Robert Jenkins stood in front of a committee of the House of Commons and held up his amputated ear. Spanish coast guards, he said, had boarded his ship in the Caribbean, cut off his ear, pillaged the vessel, then set it adrift. Public opinion had already been aroused by other Spanish outrages, and the Jenkins episode was the last straw to those elements in Parliament which opposed Walpole’s government. They demanded British vengeance and so began the War of Jenkins’s Ear.

In the following year, 1739, Admiral Vernon captured the city of Puerto Bello in the Caribbean. It was one of those successes that are popular with patriotic Englishmen, though many hardly knew what the point of it was. In the words of a poet writing about another battle and another war: “That I cannot tell, said he, but ’twas a famous victory.” Vernon’s triumph put Puerto Bello on the map and gave rise to a number of commemorative names. Notting Hill and Kensal were open country then where sheep and cattle grazed, and one landowner called his fields Portobello Farm. In time the lane that led to it became the Portobello Road. But for Jenkins’s ear it would have been called something else.

Street markets abounded in the area, in Kenley Street, Sirdar Road, Norland Road, Crescent Street, and Golborne Road. The one to survive was the Portobello, and from 1927 onwards a daily market was held there from eight in the morning to eight in the evening and 8 a.m. till 9 p.m. on Saturdays. It still is, and in a much reduced state on Sundays too. The street is long, like a centipede snaking up from Pembridge Road in the south to Kensal Town in the north, its legs splaying out all the way and almost reaching the Great Western main line and the Grand Union Canal. Shops line it and spill into the legs, which are its side streets. Stalls fill most of the centre, for though traffic crosses it and some cars crawl patiently along it among the people, few use it as a thoroughfare. The Portobello has a rich personality, vibrant, brilliant in colour, noisy, with graffiti that approach art, bizarre and splendid. An indefinable edge to it adds a spice of danger. There is nothing safe about the Portobello, nothing suburban. It is as far from an average shopping street as can be imagined. Those who love and those who barely know it have called it the world’s finest street market.

You can buy anything there. Everything on earth is on sale: furniture, antiques, clothes, bedding, hardware, music, food and food and more food. Vegetables and fruit, meat and fish, and cheese and chocolate. The stalls sell jewellery, hats, masks, prints, postcards old and new, shawls and scarves, shoes and boots, pots and pans, flowers real and artificial, furs and fake furs, lamps and musical instruments. You can buy a harp there or a birdcage, a stuffed bear or a wedding dress, or the latest bestseller. If you want to eat your lunch in the street, you can buy paella or pancakes, piping hot from a stall. But no live animals or birds are for sale.

Cheap books in excellent condition are on sale in the Oxfam shop. A little way up the road is the Spanish deli which sells, mysteriously, along with all its groceries, fine earthenware pots and bowls and dishes. There is a minimarket in most of the centipede’s legs and at Portobello Green a covered market under a peaked tent like a poor man’s Sydney Opera House. In Tavistock Road the house fronts are painted red and green and yellow and gray.

The moment you turn out of Pembridge Road or Westbourne Grove or Chepstow Villas and set foot in the market, you feel a touch of excitement, an indrawing of breath, a pinch in the heart. And once you have been, you have to go again. Thousands of visitors wander up and down it on Saturdays. It has caught them in the way a beauty spot can catch you and it pulls you back. Its thread attaches itself to you and a twitch on it summons you to return.

QUITE A LONG way up the Portobello Road, a glossy arcade now leads visitors into the hinterland. There is a children’s clothes shop, for the children of the wealthy who go to select private schools, a shop that sells handmade soaps, pink and green and brown and highly scented, another where you can buy jerseys and T-shirts but exclusively cashmere, and a place that calls itself a studio, which offers for sale small watercolours and even smaller marble obelisks. It was here, long before the arcade came into being, that Arnold Wren had his gallery. He never called it that but preferred the humbler designation shop.

Stalls filled the pavement outside. Mostly fruit and vegetables up here. When Arnold’s son, Eugene, was a little boy, the vegetables and fruit were of a kind that had been sold in English markets for generations. Eugene’s grandmother could remember when the first tomato appeared, and he, now a man of fifty, saw the first avocado appear on old Mr. Gibson’s stall. The boy’s mother didn’t like the taste, she said she might as well be eating green soap.

Arnold sold paintings and prints, and small pieces of sculpture. In rooms at the back of the shop stacks of paintings occupied most of the available space. He made enough money to keep himself, his wife, and his only son in comfort in their unprepossessing but quite comfortable house in Chesterton Road. Then, one day when the boy was in his teens, his father took his family on holiday to Vienna. There, in an exhibition, Arnold saw paintings by the Swiss symbolist Arnold BÖcklin on loan from various European galleries. The Christian name struck him because it was the same as his own. Arnold Wren never forgot the paintings; they haunted his dreams and later on he could have described some of BÖcklin’s works in the greatest detail entirely from memory, The Isle of the Dead, the frightening self-portrait with the skeleton’s hand on BÖcklin’s shoulder, the Centaurs Fighting.

He had forgotten where most of the paintings in the rooms behind the shop came from. Some had been inherited from his father. Others were sold to him for shillings rather than pounds by people clearing out their attics. There were thousands of attics in old Notting Hill. But looking through the paintings one day, wondering if this one or that one was worth keeping at all, he came upon a picture that reminded him of Vienna. It wasn’t at all like The Isle of the Dead or The Centaur at the Forge, but it had the scent of BÖcklin about it, which made him catch his breath.

It was a painting of a mermaid swimming inside a glass vase with a narrow neck, trying perhaps—from the expression on her face of fear and desperation—to climb out of the water and the vase. All was glaucous green but for her rosy flesh and her long golden hair. Arnold Wren called the picture Undine in a Goldfish Bowl and showed it to an expert without telling him what he suspected. The expert said, “Well, Mr. Wren, I am ninety-nine percent certain this is by Arnold BÖcklin.”

Arnold was an honest man and he said to the potential purchaser of the painting, “I’m ninety-nine percent sure this is a BÖcklin,” but Morris Stemmer, rich and arrogant, fancied himself an expert and was a hundred percent sure. He paid Arnold the sort of sum usually said to be “beyond one’s wildest dreams.” This enabled Arnold to buy a house in Chepstow Villas, a Jaguar, and to go farther afield than Vienna on his holidays. His was a Portobello Road success story while old Mr. Gibson was a failure. Or so it appeared on the surface.

When his father died, Eugene Wren moved the business to premises in upmarket Kensington Church Street and referred to it as “the gallery.” The name in gilded letters on a dark green background was EUGENE WREN, FINE ART and, partly through luck and partly due to Eugene’s flair for spotting new young artists and what from times past was about to become fashionable, made him a great deal of money.

Without being a thief himself, Albert Gibson the stallholder married into a family of thieves. His only son, Gilbert, had been in and out of prison more times than his wife, Ivy, cared to count. That, she told her relatives, was why they had no children. Gib was never home for long enough. She was living in Blagrove Road when they built the Westway, which cut the street in two and turned 2 Blagrove Villas into a detached house. The Aclam Road minimarket separated it from the overhead road and the train line, and the Portobello Road was a stone’s throw away if you were a marksman with a strong arm and a steady eye.