America, 2036. Powerful magnate Hiroshi Nakamura needs ex-cop Nick Bottom's services, and, in particular, his memories. As head of the original investigation into the murder of Nakamura's son, Bottom's flashbacks hold the key to solving what was the toughest case of his career. But as Nick delves deeper, the harder it becomes to trust those around him. And when he uncovers a connection to his wife's death, it is not only Hiroshi Nakamura who wants answers. 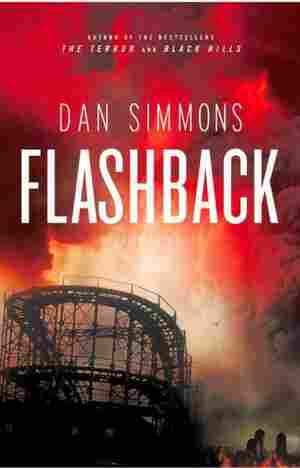 July 28, 2011 • In Flashback, sci-fi author Dan Simmons imagines a future America that has been ruined by entitlement programs. Though engaging, Simmons' new novel is ultimately overrun by political evangelism. 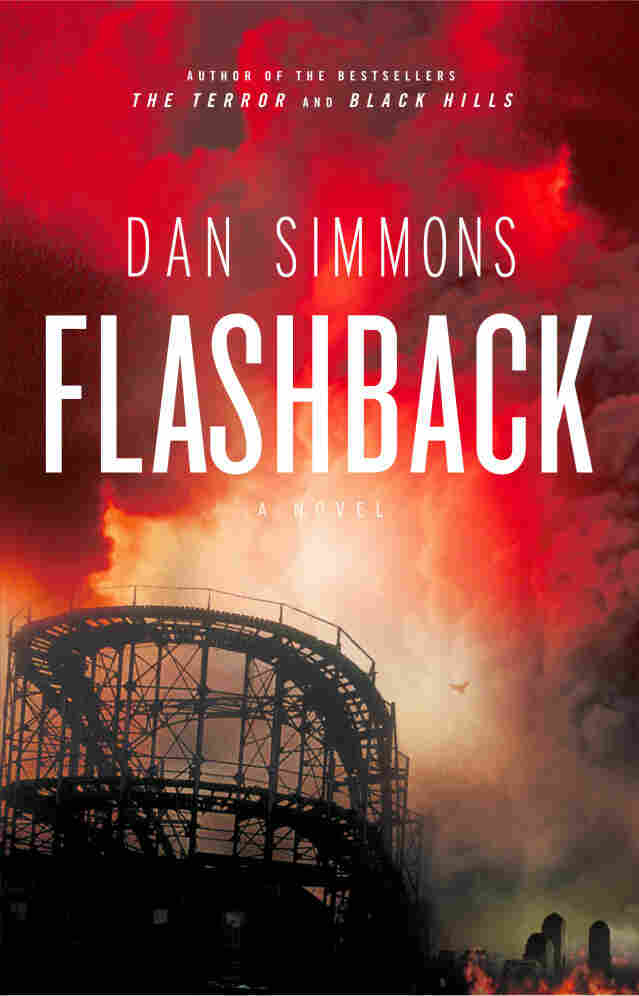 "You're probably wondering why I asked you to come here today, Mr. Bottom," said Hiroshi Nakamura.

Nakamura blinked. "You do?"

"Yeah," said Nick. He thought, Fuck it. In for a penny, in for a pound. Nakamura wants to hire a detective. Show him you're a detective. "You want me to find the person or persons who killed your son, Keigo."

Nakamura blinked again but said nothing. It was as if hearing his son's name spoken aloud had frozen him in place.

The old billionaire did glance to where his squat but massive security chief, Hideki Sato, was leaning against a step-tansu near the open shoji that looked out on the courtyard garden. If Sato gave his employer any response by movement, wink, or facial expression, Nick sure as hell couldn't see it. Come to think of it, he didn't remember having seen Sato blink during the ride up to the main house in the golf cart or during the introductions here in Nakamura's office. The security chief's eyes were obsidian marbles.

Finally Nakamura said, "Your deduction is correct Mr. Bottom. And, as Sherlock Holmes would say, an elementary deduction since you were the homicide detective in charge of my son's case when I was still in Japan and you and I have never met nor had any other contact."

"Do you think you can find my son's killer or killers, Mr. Bottom?"

"I'm certain I can," lied Nick. What the old billionaire was really asking him, he knew, was Can you turn back the clock and keep my only son from being killed and make everything all right again?

Nick would have said I'm certain I can to that question as well. He would have said anything he had to say to get the money this man could pay him. Enough money for Nick to return to Dara for years to come. Perhaps a lifetime to come. Nakamura squinted slightly. Nick knew that one didn't become a hundred-​times-​over billionaire in Japan, or one of only nine regional Federal Advisors in America, by being a fool.

"What makes you think that you can be successful now, Mr. Bottom, when you failed six years ago, at a time when you were a real homicide detective with the full resources of the Denver Police Department behind you?"

"There were four hundred homicide cases pending then, Mr. Nakamura. We had fifteen homicide detectives working them all, with new cases coming in every day. This time I'll have just this one case to concentrate on and to solve. No distractions."

Nakamura's gray gaze, as unblinking as Sato's darker stare and already chilly, grew noticeably chillier. "Are you saying, former detective sergeant Bottom, that you did not give my son's murder the attention it deserved six years ago, despite the ... ah ... high profile of it and direction to give it priority from the governor of Colorado and from the president of the United States herself?"

Nick felt the flashback itch crawling in him like a centipede. He wanted to get out of this room and pull the warm wool cover of then, not-now, her, not-this over himself like a blanket.

"I'm saying that the DPD didn't give any of its murder cases the manpower or attention they deserved six years ago," said Nick. "Including your son's case. Hell, it could have been the president's kid murdered in Denver and the Major Crimes Unit couldn't have solved it then." He looked Nakamura straight in the eye, betting everything on this absurd tactic of honesty.

"Or solve it now," he added. "It's fifty times worse today."

The billionaire's office had not a single chair to sit in, not even one for Mr. Nakamura, and Nick Bottom and Hiroshi Nakamura stood facing each other across the narrow, chest-​high expanse of the rich man's slim, perfectly bare mahogany stand‑up desk. Sato's casual posture over at the tansu didn't obscure the facts — at least to Nick Bottom's eye — that the security chief was fully alert, would have been dangerous even if he weren't armed, and had the indefinable lethality of an ex‑soldier or cop or member of some other profession that had trained him to kill other men.

"It is, of course, your expertise after many years on the Denver Police Department, and your invaluable insights into the investigation, that are the prime reason we are considering you for this investigation," Mr. Nakamura said smoothly.

Nick took a breath. He'd had enough of playing by Nakamura's script.

"No, sir," he said. "Those aren't the reasons you're considering hiring me. If you hire me to investigate your son's murder, it's because I'm the only person still alive who — under flashback — can see every page of the files that were lost in the cyberattack that wiped out the DPD's entire archives fiveyears ago."
Nick thought to himself — And it's also because I'm the only person who can, under the flash, relive every conversation with the witnesses and suspects and other detectives involved. Under flashback, I can reread the Murder Book that was lost with the files.

"If you hire me, Mr. Nakamura," Nick continued aloud, "it will be because I'm the only person in the world who can go back almost six years to see and hear and witness everything again in a murder case that's grown as cold as the bones of your son buried in your family Catholic cemetery in Hiroshima."

Mr. Nakamura drew in a quick, shocked breath and then there was no sound at all in the room. Outside, the tiny waterfall tinkled softly into the tiny pond in the tiny gravel-​raked courtyard.

Having played almost all of his cards, Nick shifted his weight, folded his arms, and looked around while he waited.

Advisor Hiroshi Nakamura's office in his private home here in the Japanese Green Zone above Denver, although recently constructed, looked as if it might be a thousand years old. And still in Japan.

The sliding doors and windows were shoji and the heavier ones fusuma and all opened out into a small courtyard with its small but exquisitely formal Japanese garden. In the room, a single opaque shoji window allowed natural light into a tiny altar alcove where bamboo shadows moved over a vase holding cut plants and twigs of the autumn season, the vase itself perfectly positioned on the lacquered floor. The few pieces of furniture in the room were placed to show the Nipponese love of asymmetry and were of wood so dark that each ancient piece seemed to swallow light. The polished cedar floors and fresh tatami mats, in contrast, seemed to emanate their own warm light. A sensuous, fresh dried-​grass smell rose from the tatami. Nick Bottom had had enough contact with the Japanese in his previous job as a Denver homicide detective to know that Mr. Nakamura's compound, his house, his garden, this office, and the ikebana and few modest but precious artifacts on display here were all perfect expressions of wabi (simple quietude) and sabi (elegant simplicity and the celebration of the impermanent).

And Nick didn't give the slightest shit.