In 1963, two teenagers, Dwayne Hallston and his forbidden black friend Larry, hope that their shared love of music will help them maintain their friendship and escape the South.

NPR stories about The Night Train 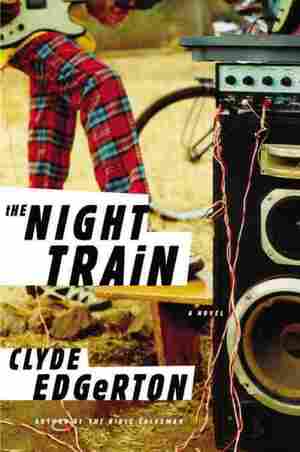 August 8, 2011 • Set in rural North Carolina in 1963, Clyde Edgerton's latest novel centers on a frowned-upon friendship which blossoms between two teens from opposite sides of the color divide and tracks.

July 30, 2011 • Clyde Edgerton's new novel, The Night Train, tells the story of two boys whose friendship is concealed due to a culture of racial segregation in the 1960s. Edgerton harkens back to his own childhood in North Carolina — the days when friendship between black and white children was culturally unacceptable — and asks what has changed in the past 50 years. 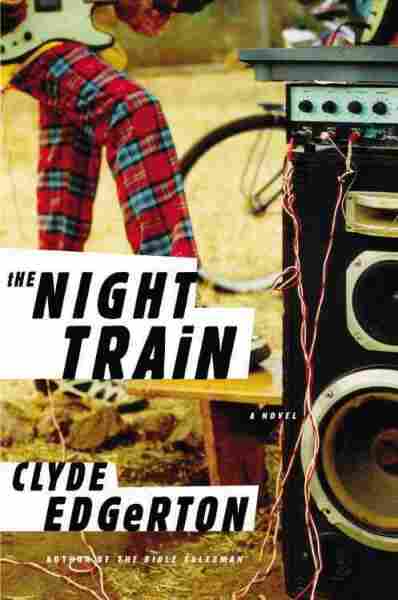 The boy leaned in at the open front door of the bar. From inside, he looked like a dark stamp on the bright daylight behind him. A hemophiliac called the Bleeder sat in an armless chair on a small, low bandstand, an electric guitar strapped around his neck. He was alone and had been practicing his music. Come on in here, he said to the boy.

The back door of the bar was also open. Scents of pine and wisteria mixed with the smell of stale beer.

The name of the bar was the Frog. It sat near the train switching station just north of Starke, North Carolina—and was the only regular jazz spot within a hundred miles. The Bleeder played standard jazz tunes with four white men on Friday nights. The Jazz Group.

The boy advanced slowly past the pinball machine and a stack of chairs.

The Bleeder thought of that song "Roun'headed Boy": Roun'headed boy, sneaking through the shed, / Thinking he clear of the shucks and the dread / That's soon to fall like the thick night rain, / Drowning out the whistle of the northbound train.

He noticed the boy looking at the piano, a Fender Rhodes electric. Sit down on that piano stool, he said. You like music?

How old are you?

Nolan? thought the Bleeder. He remembered something about that family with the names. What's your whole name? he asked.

Larry Lime Beacon of Time Reckoning Breathe on Me Nolan. He raised an eyebrow. They call me Larry Lime.

Good Lord. Who name you all that?

Aunt Marzie, my grandma. She name us all.

Can you play that Rhodes?

Larry Lime looked at the keys. A little bit, he said. A lady at church showing me some stuff.

Well, play me a B-flat scale on there, up two octaves and back. Left hand.

Larry Lime played the C-major scale up and back.

Okay. Now play me a tune.

Larry Lime played "What a Friend We Have in Jesus," one-finger bass notes with the left hand, a straightforward arrangement. It was steady, no mistakes.

That's good. I can get you doing that one like Professor Longhair. Then like some other people.

The Bleeder started in on something, tapping his heel and playing guitar, and on top of it he started singing "What a friend we have in Jesus." Larry Lime had never heard the likes. It didn't just move up and down; it moved out and back.

Can you do a C-minor scale? asked the Bleeder.

I can't do no minors yet.

Let me just show you something. He lifted his guitar and strap from around his neck, placed the guitar on its stand, slid his chair over, and played an E blues scale on the piano. Can you play that? he said. It ain't but se'm notes. E blues.

Larry Lime played, got it right. He liked the slanted sound.

Look, now. Watch this. Just play around with those notes like this.

Larry Lime played it. It was more like a tune than a scale.

Okay, now you keep on doing that, right there in E, but play it in a little pattern sort of like this, like this here... and I'll do a little... a little move with the guitar. He picked up the guitar, turned down the amp a notch, played along with Larry Lime.

Larry Lime's eyes stayed on his hands, but his face reflected a crystal ball. They played the last few notes together.

I'm the Bleeder. That's what they call me. You got a lot to learn. I'll teach you some stuff.

The Bleeder had seen the boy and the man outside before—come to get the trash. Y'all got that pickup truck with plywood sides?

Is he your daddy?

My cousin, but everybody call him Uncle Young.

Aunt Marzie name him too?

Young Prophet of Light and Material Witness to the Creation Trumpet Jones.

That's a good one. What your daddy's name?

Nossuh, but my mama got one.

Canary Bird in the Shopwindow of Love Jones Nolan.

How come you know all the names?

Where you practice your music?

In the furniture shop where I work, and at church.

What's your grandma's name—the one that name everybody?

My goodness. He picked up a rag from his guitar case, wiped down his strings. Listen, you gone have to learn all the scales, every one, so you can play with horns and you'll feel comfortable anywhere on the piano. You got to think about moving into some stuff on beyond what you doing in church, if you up for it. Now look, let me show you this on the scales—the regular scales. You can do any fingering you want. You can cross over the fifth finger with the fourth. See? You cross your thumb under your first finger if you want to. And I'll start you slow. You can forget all that other you been learning, but you can use it too. I got a book you can use. Now play me a C chord.

Okay. One, three, five. Can you do the next variation up?

Nevermind. Can you come back here next Friday?

Yessuh. We come by every Friday.

I'll branch you out a little 'fore I get shed of you. Stick a six in that C chord.

A man leaned against the doorjamb.

Hey, come on in, said the Bleeder.

Uncle Young broke from leaning against the doorjamb, walked in. Hey there, he said and put out his hand to the Bleeder. Then he said to Larry Lime, What you doing in here?

He showing me some stuff on the piano.

He's pretty good. Can he stay a little bit?

All right wid me. I take the haul to the dump.

Excerpted from The Night Train by Edgerton, Clyde Copyright © 2011 by Edgerton, Clyde. Excerpted by permission.
All rights reserved. No part of this excerpt may be reproduced or reprinted without permission in writing from the publisher.
Excerpts are provided by Dial-A-Book Inc. solely for the personal use of visitors to this web site.