The former editor of Mojo magazine illuminates the career of David Bowie through over 300 new interviews with everyone from classmates to managers to lovers and discusses his broad influence on the entertainment world. 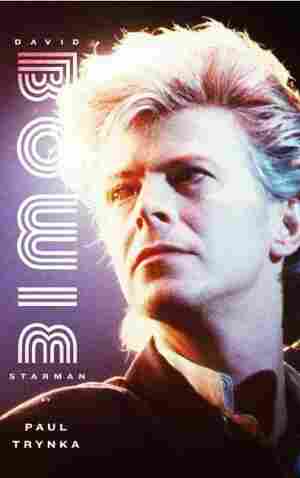 July 30, 2011 • David Bowie might just be rock's most famous chameleon. He's been a folk singer, a soul singer, a rock star and a pop icon — and now he's the subject of a new biography. 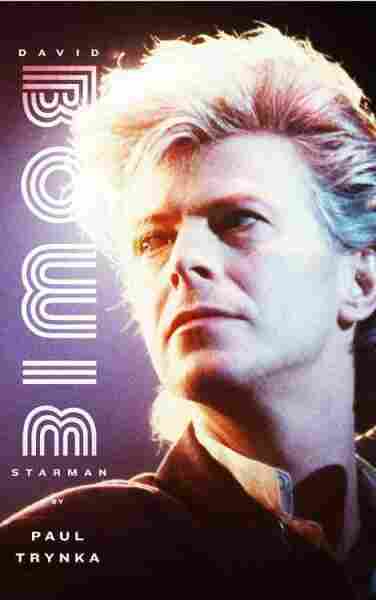 Thursday evening, seven o'clock; decadence is about to arrive in five million living rooms. Neatly suited dads are leaning back in the comfiest chairs, mums in their aprons are clearing away the dishes, and the kids, still in school shirts and trousers, are clustered around TVs for their most sacred weekly ritual.

The members of the tiny studio audience, milling around in tank tops and dresses, clap politely as he strums out two minor chords on his blue twelve-string guitar. The camera cuts from his hands to his face, catching the barest hint of a smirk, like a child hoping to get away with something naughty. But then as his friends Trevor, Woody, and Mick Ronson clatter into action with a rollicking drumroll and throaty guitar, the camera pulls back and David Bowie meets its gaze unflinchingly. His look is lascivious, amused; as an audience of excited teens and outraged parents struggle to take in the quilted multicolored jumpsuit, the luxuriant carrottop hairdo, the spiky teeth, and those sparkling, mascaraed come‑to‑bed eyes, he sings us through an arresting succession of images: radios, aliens, "get‑it‑on rock 'n' roll." The audience is still grappling with this bizarre spectacle as a staccato guitar rings out a Morse code warning and then, all too suddenly, we're into the chorus.

From the disturbingly new, we shift to the reassuringly familiar; as he croons out "There's a starman," his voice leaps up an octave. It's an ancient Tin Pan Alley songwriter's trick, signaling a release, a climax, and as we hear of the friendly alien waiting in the sky, the audience suddenly recognizes a tune, and a message, lifted openly, outrageously, from "Over the Rainbow," Judy Garland's
escapist, Technicolor wartime anthem. It's simple, sing-​along, comforting territory and lasts just four bars before David Bowie makes his bid for immortality, less than sixty seconds after his face appeared on Top of the Pops, the BBC's family-​friendly music program. He lifts his slim, elegant hand to the side of his face as the platinum-​haired Mick Ronson joins him at the microphone — then casually, elegantly, he places his arm around the guitarist's neck and pulls him lovingly toward him. There's the same octave leap as he sings "starman" again — this time, it doesn't suggest escaping the bounds of Earth; it symbolizes escaping the bounds of sexuality.

The fifteen-​million-​strong audience struggles to absorb this exotic, pansexual creature; in countless households, the kids are entranced in their thousands as parents sneer, shout, or walk out of the room. But even as the kids wonder how to react, there's another stylistic swerve; with the words "let the children boogie," David Bowie and the Spiders break into an unashamed T. Rex boogie rhythm. For thousands of teenagers, there was no hesitation; those ninety seconds on a sunny early evening in September 1972 would change the course of their lives. Up to this point, pop music had been mainly about belonging, about identification with their peers. This music, carefully choreographed in a dank basement under a South London escort agency, was a spectacle of not-​belonging. For scattered isolated kids around the UK, and soon on the American East Coast, and then on the West Coast, this was their day. The day of the outsider.

In the weeks that followed, it became obvious that these three minutes had put a rocket under the career of a man all too recently tagged as a one-​hit wonder. Most people who knew him were delighted, but there were hints of suspicion. "Hip Vera Lynn," one cynical friend called it in a pointed reference to "The White Cliffs of Dover," the huge wartime hit that had also ripped off Judy Garland's best-​known song; this was too knowing. A few weeks later, to emphasize the point, David started singing "somewhere over the rainbow" over the "Starman" chorus — as if to prove Pablo Picasso's maxim that "talent borrows, genius steals."

And steal he had — with a clear-​eyed effrontery as shocking as the lifted melodies. The way he collaged several old tunes into a new song was a musical tradition as old as the hills, one still maintained by David's old-​school showbiz friends, like Lionel Bart, the Oliver! writer and musical kleptomaniac. Yet showing the joins brazenly, like the elevator shafts of the Pompidou Centre or the stock photos appropriated by Andy Warhol, was a new trick, a postmodernism that was just as unsettling as the postsexualism Bowie had shown off with that arm lovingly curled over Mick Ronson's shoulder. Rock and roll was a visceral medium, born out of the joy and anguish sculpted into the first electric blues in the turmoil of postwar America. Was it now just an art game? Was the carrot-​haired Ziggy, potent symbol of otherness, just an intellectual pose?

When David Bowie made his mark so elegantly, so extravagantly,that night on Top of the Pops in a thrilling performance that set the seventies as a decade distinct from the sixties, every one of those contradictions was obvious — in fact, they added a delicious tension. In the following months and years — as he dumped the band that had shaped his music; when his much-​touted influence Iggy Pop, the man who'd inspired Ziggy, dismissed him as a "fuckin' carrot-​top" who had exploited and then sabotaged him; when David himself publicly moaned that his gay persona had damaged his career in the United States — those contradictions became more obvious still.

So was David Bowie truly an outsider, or was he a showbiz pro exploiting outsiders, like a psychic vampire? Was he really a starman, or was it all cheap music-​hall tinsel and glitter? Was he gay, or was it all a mask? There was evidence aplenty for both. And that evidence accumulated as his career continued, as fans witnessed, wide-​mouthed, momentous shows like his wired, fractured appearance on Dick Cavett and his twitchy but charming camaraderie on Soul Train. How much of this bizarre behavior was a performance, a carefully choreographed sequence?

In the subsequent years, David Bowie, and those around him, would struggle to answer this question. He'd emerged from a showbiz tradition propelled by youthful ambition, his main talent that of "repositioning the brand," as one friend put it; that calculation, that "executive ability," as Iggy Pop described it, marked him as the very antithesis of instinctive rock-​and-​roll heroes like Elvis
Presley. Yet the actions that signaled the death of rock and roll announced a rebirth too. Maybe this wasn't rock and roll like Elvis had made rock and roll, but it led the way to where rock and roll would go. Successors like Prince and Madonna, Bono and Lady Gaga — each seized on "repositioning the brand" as a set-​piece example of how to avoid artistic culs‑de‑sac like the one that had imprisoned Elvis. For Bowie himself, though, each brand renewal, each metamorphosis, would come at a cost.

Inevitably, as David Bowie's career moved ever onward, generations of fans wondered what lay behind those masks. Over the years, some accounts have represented him as a flint-​hearted rip-​off merchant; others have portrayed him as a natural-​born genius with some minor character flaws. Yet as the hundreds of friends, lovers, and fellow musicians who speak within the following pages attest, the truth is far more intriguing.

The truth is, David Bowie, behind the glitter and showmanship, didn't just change himself on the outside; he changed himself on the inside as well. Since Dr. Faustus sold his soul, since Robert Johnson found himself at the crossroads, artists and musicians have struggled to transcend the talents they were born with. David Bowie, a youth with ambition and more charm than talent, seemed to achieve that magical alchemy: he transformed himself, and his destiny.