Mary Shelley's chilling portrait of a scientist obsessed with creating life (whose eventual success comes at too great a cost) was among the first works of science fiction ever produced. Its potent allegorical power, compelling ethical and philosophical themes, and its sheer creepiness have ensured it remains one of the most enduring and influential as well.

June 18, 2018 • Mary Shelley's timeless novel gave us not only an enduring trope — the misunderstood monster — but an equally enduring way to talk about what happens when human knowledge outpaces responsibility. 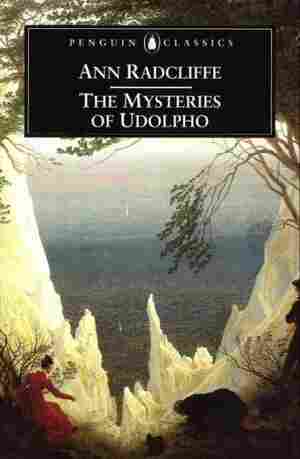 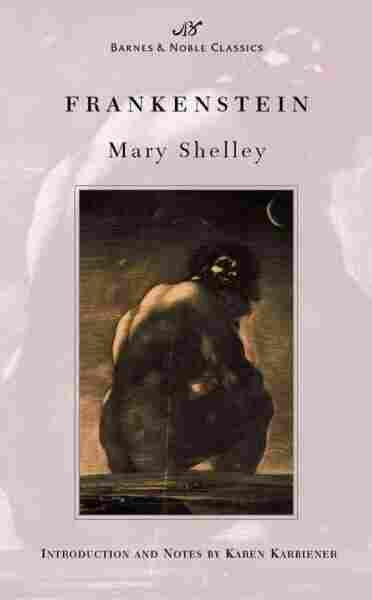 From Karen Karbiener's Introduction to Frankenstein

Werewolves, vampires, witches, and warlocks have been the stuff of folklore, legend, and nightmare for centuries, yet none have so haunted the public imagination as the monster created by eighteen-year-old Mary Shelley in 1816. From the start, we have been eager to help the monster live off of the page, to interpret the tale for ourselves. Within five years of the novel's initial publication, the first of what would eventually be more than ninety dramatizations of Frankenstein appeared onstage. Shelley herself went to see one of the thirty-seven performances of Presumption that played in London in 1823. Lumbering violently and uttering inarticulate groans, the monster attracted record numbers of theatergoers, as well as a series of protests by the London Society for the Prevention of Vice. Mary was pleased and "much amused" by Thomas Cooke's attempts to portray the monster, and even made a favorable note about the playbill to her friend Leigh Hunt. "In the list of dramatis personae came, --- by Mr. T Cooke: this nameless mode of naming the unameable [sic] is rather good," she wrote on September 11 (Letters, vol. 1, p. 378).

A familiar yet ever-evolving presence on the Victorian stage, the monster also haunted the pages of newspapers and journals. Political cartoonists used Shelley's monster as the representation of the "pure evil" of Irish nationalists, labor reformers, and other favored subjects of controversy; it was often depicted as an oversized, rough-and-ready, weapon-wielding hooligan. In Annals of the New York Stage, George Odell notes that audiences were entertained with photographic"illusions" of the monster as early as the 1870s. And the cinema was barely ten years old before the Edison Film Company presented their version of the story, with Charles Ogle portraying a long-haired, confused-looking giant. Virtually every year since that film's appearance in 1910, another version of Frankenstein has been released somewhere in the world-though the most enduring image of the monster was the one created by Boris Karloff in James Whale's 1931 classic. The creature's huge, square head, oversized frame, and undersized suit jacket still inform most people's idea of what Shelley's monster "really" looks like.

As strange and various as the interpretations of the creature have been, the monster has retained a surprisingly human quality. Even in its most melodramatic portrayals, its innate mortality is made apparent; whether through a certain softness in the eyes, a wistfulness or longing in its expression, or a desperate helplessness in its movements, the creature has always come across as much more than a stock horror device. In fact, several film adaptations have avoided the use of heavy makeup and props that audiences have come to expect. Life Without a Soul (1915) stars a human-looking, flesh-toned monster; and in Mary Shelley's Frankenstein (1994), actor Robert DeNiro, who is certainly neither ugly nor of great stature, did not wear the conventional green face paint and restored the monster's eloquent powers of speech.

Like Satan in Paradise Lost, Mary Shelley's monster was given a shadowy and elusive physical presence by its creator. It moves through the story faster than the eye can follow it, descending glaciers "with greater speed than the flight of an eagle" or rowing "with an arrowy swiftness." The blurriness of the scenes in which the monster appears allows us to create his image for ourselves and helps explain why it has inspired so many adaptations and reinterpretations. Certainly, too, both Milton's Satan and Shelley's creature have been made more interesting, resonant, and frightening because they have human qualities. The monster possesses familiar impulses to seek knowledge and companionship, and these pique our curiosity and awaken our sympathies. Its complex emotions, intelligence, and ability to plan vengeful tactics awaken greater fears than the stumbling and grunting of a mindless beast. A closer look at Shelley's singular description of the monster's features reveals its likeness to a newborn infant rather than a "fiend" or "demon": Consider its "shrivelled complexion," "watery eyes," and "yellow skin [that] scarcely covered the work of muscles and arteries beneath." The emotional range of De Niro's monster, the gentle childish expression in Karloff's eyes, even the actor Cooke's "seeking as it were for support-his trying to grasp at the sounds he heard" (Letters, vol. 1, p. 378), suggest that we have sensed the monster's humanity all along.

Another trend in the way the monster has been reinterpreted is equally suggestive. Movie titles such as Bride of Frankenstein (1935), Abbott and Costello Meet Frankenstein (1948), and Dracula vs. Frankenstein (1971) testify to the fact that the monster has taken on the name of his creator in popular culture. In Frankenstein, the monster is called plenty of names by his creator, from at best "the accomplishment of my toils" to "wretch," "miserable monster," and "filthy daemon"; significantly, Victor never blesses his progeny with his own last name. Our identity of the creature as the title character does, of course, shift the focus from man to monster, reversing Shelley's intention. Reading the book, we realize that Frankenstein's lack of recognizing the creature as his own-in essence, not giving the monster his name-is the monster's root problem. Is it our instinctive human sympathy for the anonymous being that has influenced us to name him? Is it our recognition of similarities and ties between "father" and "son," our defensiveness regarding family values? Or is it simply our interest in convenience, our compelling need to label and sort?

Our confusion of creator and created, as well as our interest in depicting the creature's human side, indicate an unconscious acknowledgment of a common and powerful reading of Frankenstein: that the monster and his creator are two halves of the same being who together as one represents the self divided, a mind in dramatic conflict with itself. Just as Walton notes to his sister the possibility of living a "double existence," even the civilized person is forever in conflict with his or her own monstrous, destructive, even self-destructive side. Indeed, if the monster/creator conflation were to represent the human race in general, Shelley seems to be saying that our struggles with the conflicting impulses to create and destroy, to love and hate, permeate all of human existence. Shelley could not have chosen an idea with more relevance to twentieth- and twenty-first-century readers than humankind's own potential inhumanity to itself. Our ambitions have led us to the point where we, too, can accomplish what Victor did in his laboratory that dreary night in November: artificially create life. But will our plan to clone living organisms or produce life in test tubes have dire repercussions? We build glorious temples to progress and technology, monumental structures that soar toward the heavens; and yet in a single September morning, the World Trade Center was leveled-proving once again that man is his own worst enemy.

In Frankenstein, Shelley exhibits a remarkable ability to anticipate and develop questions and themes peculiarly relevant to her future readers, thereby ensuring its endurance for almost 200 years. To understand why and how this ability developed, we must take a closer look at her life, times, and psychological state. Certainly, Frankenstein details a fascinating experiment, introduces us to vivid characters, and takes us to gorgeous, exotic places. But this text, written by a teenager, also addresses fundamental contemporary questions regarding "otherness" and society's superficial evaluations of character based on appearance, as well as modern concerns about parental responsibility and the harmful effects of absenteeism. Anticipating the alienation of everyday life, Robert Walton and the monster speak to those of us who now live our lives in front of screens of various kinds-computer, television, movie. Other readers may feel stabs of recognition when confronting Victor, a perfectionist workaholic who sacrifices love and friendship in the name of ambition. Frankenstein is a nineteenth-century literary classic, but it is also fully engaged in many of the most profound philosophical, psychological, social, and spiritual questions of modern existence.