The Mists of Avalon

The Mists of Avalon

Retells the legend of King Arthur as perceived by the women central to the tale, from the zealous Morgaine, sworn to uphold her goddess at any cost, to the devout Gwenhwyfar, pledged to the king but drawn to another.

NPR stories about The Mists of Avalon

Excerpt: The Mists Of Avalon 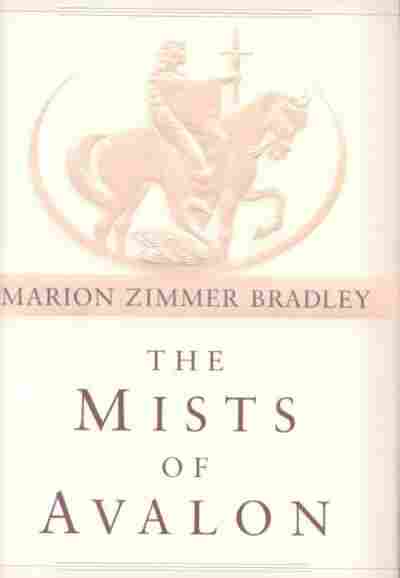 In my time I have been called many things: sister, lover, priestess, wise-woman, queen. Now in truth I have come to be wise-woman, and a time may come when these things may need to be known. But in sober truth, I think it is the Christians who will tell the last tale. Forever the world of Fairy drifts further from the world in which the Christ holds away. I have no quarrel with the Christ, only with his priests, who call the Great Goddess a demon and deny that she ever held power in this world. At best, they say that her power was of Satan. Or else they clothe her in the blue robe of the lady of Nazareth- who indeed had power in her way, too- and say that she was ever a virgin. But what can a virgin know of the sorrows and travail of mankind?

And now, when the world has changed, and Arthur- my brother, my lover, king who was and king who shall be- lies dead (the common folk say sleeping) in the Holy Isle of Avalon, the tale should be told as it was before the priests of the White Christ came to cover it all with their saints and legends.

For, as I say, the world itself has changed. There was a time when a traveller, if he had the will and knew only a few of the secrets, could send his barge out into the Summer Sea and arrive not at Glastonbury of the monks, but at the Holy Isle of Avalon; for at that time the gates between the worlds drifted within the mists, and were open, on to another, as the traveller thought and willed. For this is the great secret, which was known to all educated men in our day: that by what men think, we create the world around us, daily new.

And now the priests, thinking that this infringes upon the power of their God, who created the world once and for all to be unchanging, have closed those doors (which were never doors, except in the minds of men), and the pathway leads only to the priest's Isle, which they have safe guarded with the sound of their church bells, driving away all thoughts of another world lying in the darkness. Indeed, they say that world, if it indeed exists, is the property of Satan, and the doorway to Hell, if not Hell itself.

I do not know what their God may or may not have created. In spite of the tales that are told, I never knew much about their priests and never wore the black of one of their slave-nuns. If those at Arthur's court at Camelot chose to think me so when I came there (since I always wore the dark robes of the Great Mother in her guise as wise-woman), I did not undeceive them. And indeed, towards the end of Arthur's reign it would have been dangerous to do so, and I bowed my head to expediency as my great mistress would never have done: Viviane, Lady of the Lake, once Arthur's greatest friend, save for myself, and then his darkest enemy- again, save for myself.

But the strife is over; I could greet Arthur at last, when he lay dying, not as my enemy and the enemy of my Goddess, but only as my brother, and as a dying man in need of a Mother's aid, where all men come at last. Even the priests know this, with their ever-virgin Mary in her blue robe; for she too becomes the World Mother in the hour of death.

And so Arthur lay at last with his head in my lap, seeing in my neither sister nor lover nor foe, but only wise-woman, priestess, Lady of the Lake; and so rested upon the breast of the Great Mother from whom he came to birth and to whom at last, as all men, he must go. And perhaps, as I guided the barge which bore him away, not this time to the Isle of the Priests, but to the true Holy Isle in the dark world behind our own, that Island of Avalon where, now, few but I could go, he repented the enmity that had come between us.

As I tell this tale I will speak at times of things which befell when I was too young to understand them, or of things which befell when I was not by; and my hearer will draw away, perhaps, and say: This is her magic. But I have always held the gift of the Sight, and of looking within the minds of men and women; and of all this time 1have been close to all of them. And so, at times, all that they thought was known to me in one way or another. And so I will tell this tale.

For one day the priests too will tell it, as it was known to them. Perhaps between the two, some glimmering of truth may be seen.

For this is the thing the priests do not know, with their One God and One Truth: that there is no such thing as a true tale. Truth had many faces and the truth is like the old road to Avalon; it depends on your own will, and your own thoughts, whither the road will take you, and whether, at the end, you arrive in the Holy Isle of Eternity or among the priests with their bells and their death and their Satan and Hell and damnation . . . but perhaps I am unjust even to them. Even the Lady of the Lake, who hated a priest's robe as she would have hated a poisonous viper, and with good cause too, chid me once for speaking evil of their God.

"For all the Gods are one God," she said to me then, as she had said many times before, and as I have said to my own novices many times, and as every priestess who comes after me will say again, "and all the Goddesses are one Goddess, and there is only one Initiator. And to every man his own truth, and the God within."

And so, perhaps, the truth winds somewhere between the road to Glastonbury, Isle of the Priests, and the road to Avalon, lost forever in the mists of the Summer Sea.

But this is my truth; I who am Morgaine tell you these things, Morgaine who was in later days called Morgan Le Fay.